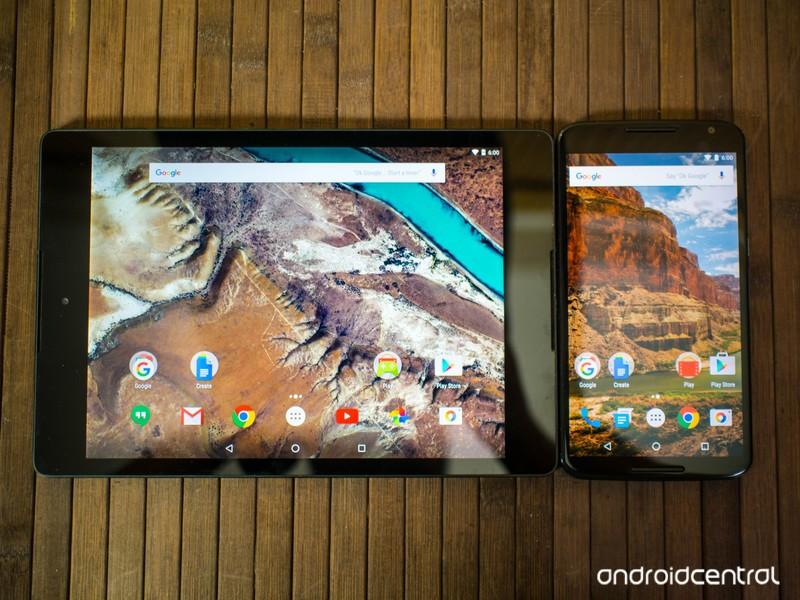 Android, Google’s mobile operating system, has matured a lot over the past year. It’s running on 1.4 billion devices (up from 1 billion last year) and its most popular app store, Google Play, has more than 1 billion active users. In the last quarter, IDC estimates that Android held 82.8 percent of the global smartphone market. As its newest iteration, 6.0 Marshmallow, rolls out, Android’s going incredibly, undeniably strong.

The pace of Android’s development hasn’t mirrored its meteoric growth. Android Marshmallow is less about defying expectations than about small, albeit welcome, improvements. In 6.0, it’s easier to tell which aspects of your personal info apps can access. Background tasks now hibernate when not in use, to save battery. And a souped-up version of Google Now scans your screen to serve up contextually useful links.

Android 6.0 Marshmallow isn’t bounds ahead of its predecessor. Many of the enhancements and additions are relatively minor.

For many of those 1.4 billion devices owners, the question is whether Android Marshmallow represents an upgrade compelling enough to warrant the purchase of a new phone or tablet. Fragmentation’s a fact of Android — only 7.9 percent of Android devices run 5.1, the latest version available, and 38.9 percent run Android 4.4. And because many older devices won’t see updates, determining whether or not to get Marshmallow can become a buying decision.

The answer isn’t cut and dry, unfortunately. The perceived value of 6.0 Marshmallow will largely depend on your past Android experience: Lollipop users won’t notice many changes, but users coming from KitKat and Jelly Bean will. The lure of Marshmallow will depend on how much value you place on the areas that have seen the largest improvements (privacy and mobile payments, to name two).

Related Guide:How to get the best out of Google Now

Android 6.0 Marshmallow isn’t bounds ahead of its predecessor. Many of the enhancements and additions are relatively minor. Let’s take a closer look.

The first thing you’ll probably notice about Marshmallow is the redesigned home screen. The Google search bar, a permanent fixture above widgets, folders, and pins, features the colorful new Google logo. A swipe to the left reveals a revamped Google Now interface (more on that later), and tapping on the six-dot circular icon above the home button brings up the overhauled app drawer.

Marshmallow’s app drawer, unlike the drawer in every version of Android prior to 3.0 Honeycomb, scrolls vertically instead of horizontally. It’s a lengthy, alphabetically organized list of every installed app, but navigation’s made easier by a right-handed scroll bar that identifies sections of the drawer by letter. A new search bar in the top row assists, too — start typing a name and it’ll narrow down the list of possible apps. It’ll even imbue searches with a little predictive intelligence, taking into account such variables as the time of day, app usage, and apps frequently launched together.

Meet the first Android 6.0 phones:Hands on with the Nexus 6P and Nexus 5X

Interestingly, the redesigned home screen isn’t exclusive to Marshmallow. As long as you’re running a relatively recent (Android 4.4 KitKat or newer) version of Android, an update to Google Search app version 5.3 will grant you a few of Marshmallow’s most prominent visual changes — the new Google search bar, the app drawer, and predictive app search — absolutely gratis. That, it should be noted, is definitely cheaper than buying a new phone.

Apps are handled a little differently in Marshmallow. Android permissions management has fundamentally changed. Instead of requiring you to approve apps carte blanche access to personal data, you can choose which information you’d like to keep private on a per-app basis. Furthermore, the previously lengthy list of Android permissions has been significantly pared down — the esoteric “read phone status and identity” in Android versions of yore, for instance, falls under a new, much more comprehensible “phone” permissions umbrella.

Now on Tap is perhaps the most intriguing feature of Marshmallow.

In practice, apps prompt for permission as needed. For example, starting a video call in Hangouts for the first time will prompt you to allow or deny the app access to camera and microphone data. As you might expect, hitting “deny” will render video calling unusable, along with any other features that rely on the same permissions. 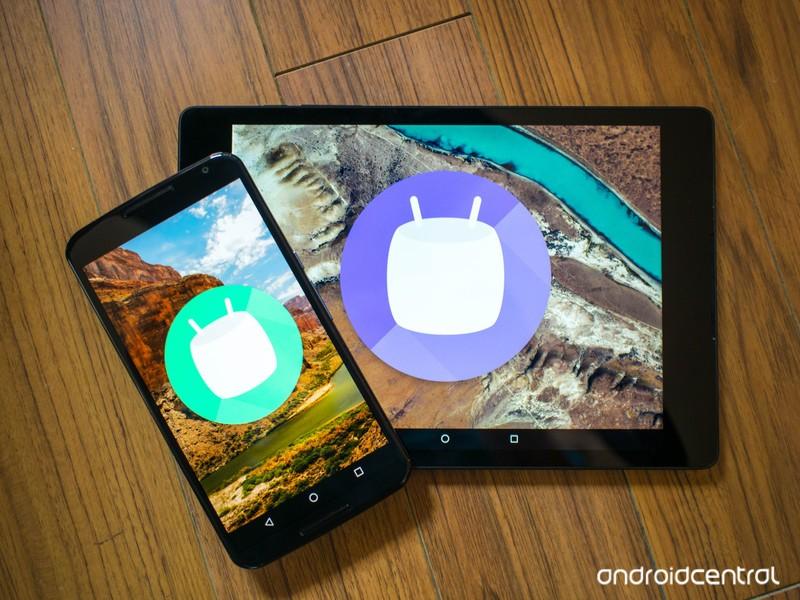 Permissions are a lot more flexible now, too. You allow or deny apps access to your phone’s data and hardware retroactively, if you so choose — if you decide you want to grant Google Maps access to your location after all, the toggle’s only a hop away. You can also enact blanket policies to prevent all apps from accessing certain items, like your contacts or the camera.

Google Now, Google’s intelligent assistant, hasn’t escaped the refining touch of Marshmallow. It now looks substantially neater. Cards — those useful sources of pertinent, ephemeral information — are divided by headers such as “upcoming,” “updates for you,” and “stories to read.” Voice search has had a facelift, too: tap on the microphone icon in the persistent Google search bar and a row of multicolor dots slickly dance and morph as you speak.

Voice search in Marshmallow extends beyond basic searches. Apps that take advantage of the new Voice Interaction API can tap into Google Now for limited back-and-forth voice interaction. Google gives the example of TuneIn radio: open the app with a “OK Google, play music with TuneIn” voice command and TuneIn will respond with “Which genre?” Developer uptake seems a bit slow at the moment — weirdly, not even the latest version of TuneIn radio supports the new hook — but there’s a ton of potential.

Chrome Custom Tabs, another goodie for developers, is an attempt at remedying the longstanding problem of Web links within apps. It’s a frustration users of RSS readers on Android are no doubt intimately familiar with: tap on a few headlines and you’re suddenly juggling multiple Chrome tabs and struggling to find the app.

Chrome Custom Tabs solves this by letting developers “skin” Chrome, in a sense, adding customizing animations, menu options, and the toolbar color. Additionally, the tabs support all the features of Chrome — saved passwords and payment information, permissions, and auto complete data — and perhaps most importantly always surface the originating app once closed.

Like the new Voice Interaction API, though, the success of Chrome Custom Tabs will depend on the willingness of developers to implement it. Few so far have.

Now on Tap is perhaps the most intriguing feature of Marshmallow. It’s essentially artificial intelligence that interprets what’s on your phone or tablet’s screen to provide contextually relevant results. An example: a mention of “Black Mass” in a text message will yield a Google Now-esque card containing the Scott Cooper film’s title, IMDB and MPAA rating, and genre, and links to appropriate pages within apps — a Flixster page and YouTube trailer. A search of The Rolling Stones will bring up the rock group’s Facebook page.

Read more:Google Now gets contextual with Now on Tap

Now on Tap’s capabilities extend beyond the textual. Ask certain questions verbally and Now on Tap will attempt to derive the answer. “Navigate there,” will start turn-by-turn directions to any visible address. Asking, “What’s his real name” with a picture of Skrillex on screen will yield the appropriate answer (Sonny John Moore, if you were curious).

Now on Tap’s incredibly impressive … when it works. It doesn’t always search for what you’d like it to, and sometimes it misses the mark entirely. One recent example: a search within Black Sabbath’s Facebook page popped up a search for the CenturyLink Center in Omaha, a recent venue of the metal group’s ongoing tour, but not the band itself. That sort of unpredictability relegates Now on Tap to novelty status, at least right now. It’s difficult to rely on it for any but the most straightforward of searches.

Google made a serious attempt at minimizing Android’s impact on battery last year with Project Volta, an optimization initiative which saw the introduction of a battery stack tracker and new hibernation modes. But Doze, a new feature of Marshmallow, is wider ranging.

Android has rarely regressed, but it has occasionally crawled, rather than leaped ahead. Marshmallow’s a crawl.

Unlike Project Volta, Doze is targeted at a very particular battery-draining scenario: those extended periods of time your phone’s sitting on a desk or table, unused. Android’s previous behavior was to allow power-sucking background processing, but Marshmallow’s a bit less judicious. After checking the accelerometer to ensure the device isn’t on your person, Doze shuts down connectivity and notifications.

The battery improvement is dramatic. Our test device, the Nexus 6, lasts anywhere between four to six hours longer with Doze enabled — almost double its battery life. But your mileage may vary. Developers can partially opt out of Doze, and it remains to be seen whether that choice will lead to abuse.

A new home screen, app permissions management, third-party voice commands, Now on Tap, and Doze aren’t all Marshmallow’s packing. It’s got a backup feature that automatically uploads app data and settings to the cloud for easy restoration. A new Smart Lock for Passwords feature saves your account names and passwords, and logs you into apps. Web links to apps — links to Twitter profiles, for example, or Google Play app listings — now open the app instead of the webpage by default. And copy and paste has been improved — a floating menu with cut, copy, and paste options hovers above text, and Marshmallow’s text processing API lets you shoot selected text directly to translation apps.

A few new features are hardware-dependent. Marshmallow ships with support for USB Type-C, a reversible USB format that can (depending on the implementation) handle not only handle bidirectional data transfers, but video and video output, too. And Marshmallow introduces native fingerprint sensor support for phone unlocking, app launching, and Android Pay, Android’s native mobile payments platform.

Android Marshmallow’s got a few things going for it. If you’re the lucky owner of a recent Nexus device or flagship smartphone release within the past 18 months, you’re likely getting it. But for those who don’t fall into that category, is Marshmallow worth a phone upgrade?

There are fairly good arguments against. Now on Tap, while audacious, isn’t reliable enough right now to constitute a selling point. It remains to be seen how widely developers will adopt the new Voice Interaction API and Chrome Custom Tabs.

Want it now?Here’s how to get Android 6.0 Marshmallow on your Nexus

But other Marshmallow features are more useful, even prescient. The new app permissions system is a lot easier to understand and manage. Doze can improve battery life substantially. The new data backup and password-saving features are big conveniences. And support for new hardware will no doubt become important in the coming months.

Android has rarely regressed, but it has occasionally crawled, rather than leaped ahead. Marshmallow’s a crawl. Manage your expectations accordingly.