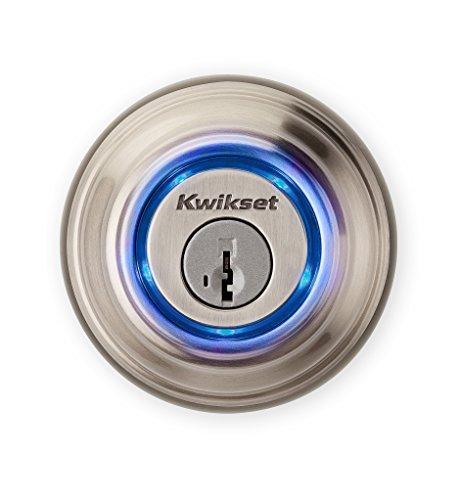 As with Kwikset’s Kevo deadbolt, the Baldwin Evolved line is not entirely dependent on Bluetooth. The deadbolt can also be opened with a conventional key, which ensures you won’t get locked out if you don’t have your smartphone with you, or if you do, but the phone’s battery is dead. Ditto for the Evolved’s four AA batteries. Baldwin says those batteries should last about one year, and the app will warrn you when the batteries get low.

Once the lock was installed on my door, the Baldwin Evolved app installed on my smartphone, and the lock paired with my phone, the technician instructed me to put my phone in the pocket I typically keep it in. He then had me lock and unlock the door 10 times by touching the capacitive-touch surface on the lock’s key cylinder (this is not a biometric lock that can read your fingerprint). The lock responds within a couple of seconds, which is less time than it would take to fumble with keys.

The Evolved’s Bluetooth range is about 60 feet, line of sight, and I was able to control it within 30 feet with a couple of walls in between. Baldwin says the lock will learn how users typically interact with it, so that it won’t unlock for anyone else even if that person has managed to gain possession of your phone. Like the Kevo lock, the Evolved can also recognize which side of the door you’re on, so that if you approach it from the inside, your smartphone won’t activate the touch surface, making it possible for an unwanted visitor on the other side to unlock the door.

Using the app and issuing eKeys

The Baldwin app is the same software as the Kevo app, it just has a different skin. The app needs to be running on your smartphone—at least in the background—to control the lock. The app will display a warning if you go to shut it down completely. 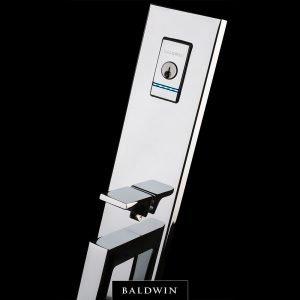 Once you’ve installed the app, you’ll want to create an owner account for your lock. You can use the app to lock and unlock the door, monitor the lock’s activity, and manage eKeys. An eKey, as you’ve probably guessed, is a unique, digital key that can be sent to any person’s smartphone via email. Each eKey can provide the person receiving it with various levels of access to your home.

You might provide family members with Anytime eKeys that can be used 24/7, and give your spouse an eKey that grants admin privileges over the lock (admins get 24/7 access too, but they can also create and send new eKeys and manage existing eKeys). An overnight guest could get a Guest eKey that grants them access for 24 hours, after which the eKey expires and is automatically deleted.

If you want to grant a cleaning service, dog walker, or other regular visitor access to your home, you can create time-fenced eKeys that are valid only on designated days of the week. You can further narrow the amount of time in which these eKeys will function by specifying windows of time on days of the week: Tuesday and Thursday from Noon to 3:00 p.m., for example. The recipient’s smartphone will need to have a cellular or Wi-Fi connection in order for the eKey to work.

Circling back to the optional fobs: These are mostly useful for people who don’t carry a smartphone and therefore can’t use the app, but you don’t want to give them a physical key. When the lock senses the presence of the fob, and the holder touches the lock, it will unlock for them. I was surprised to find, however, that the lock took up to 15 seconds to recognize a fob before I could unlock it. Fobs can’t be managed within the Evolved app, and if anyone loses theirs, the lock will need to be electronically reset to wipe out its access privileges.

The Baldwin Evolved Bluetooth smart lock is beefy, beautiful, and unmistakably upscale compared to other smart locks. The Evolved’s electronics, however, are absolutely the same as what you’ll find in the much less-expensive Kwikset Kevo. In that respect, it’s like comparing a BMW to a Volkswagen—if both cars had VW engines.

Now there’s nothing intrinsically inferior about Kevo technology, but since it’s Bluetooth only, locks based on it can’t be monitored or controlled via the internet, they can’t be controlled with a smart speaker, and they can’t be integrated into a broader smart-home system. To do any of those things, you’ll need to spend another $100 to acquire the Kevo Plus Bluetooth-to-Wi-Fi bridge.

If luxury is what you’re looking for in a smart deadbolt, the Baldwin Evolved line delivers it. Just be prepared to pay extra for it..