Did You Know Spotify Has a Voice Assistant? 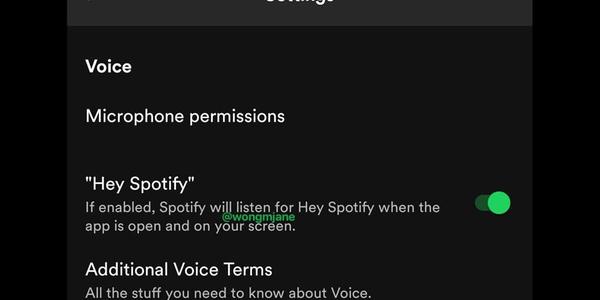 Voice assistants are all the rage, but did you know Spotify has one too? That’s right, the Spotify app for iPhone, iPad, and Android has a voice assistant built-in and it’s surprisingly cool. We’ll tell you all about it.

Spotify’s voice assistant is called—unsurprisingly—“Hey Spotify.” It can be accessed with the “Hey Spotify” voice command while the Spotify app is open or with a couple of shortcuts. Let’s take a look at what it can do and why you might want to use it.

What Can It Do?

First and foremost, “Hey Spotify” is simply a way to do basic Spotify searches with your voice. So you can say things like “Play my ‘Running’ playlist” or “Play Glass Animals” and it will start playing whatever you chose. You won’t have to navigate through any screens to get there. This works for playlists, artists, albums, and songs.

In my opinion, the more interesting feature is custom mood playlists. For example, you can say something like “Play an upbeat playlist” and Spotify will create a custom playlist based on your listening habits to fit that mood. This doesn’t work for every mood; it’s sort of a “trial and error” thing.

I’m a big fan of creating your own personalized playlists, and this feature makes it very easy to do. You can keep the playlist as it is or use it as a jumping-off point to create your own. These custom playlists even have their own unique cover art, taking another thing off of your plate.

After Spotify creates one of these playlists, you can “Like” them to add them to your Library. You can download them for offline listening just like any other playlist, too. It’s a really neat feature that not many people know about. 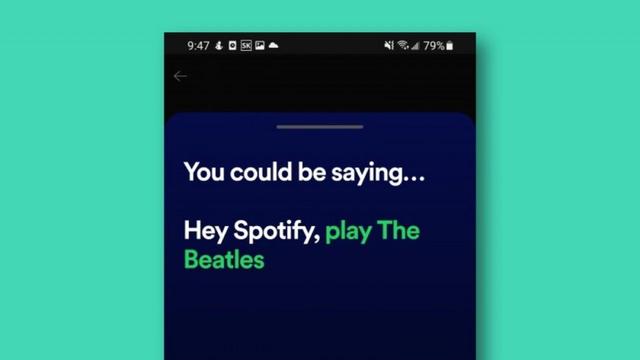 RELATED:Streaming Music? You Should Be Making Your Own Playlists

How to Use “Hey Spotify”

As mentioned, there are two ways to use the Spotify voice assistant—with voice commands or in-app shortcuts. We’ll start with the “Hey Spotify” voice command.

To enable the “Hey Spotify,” open the Spotify app on your iPhone, iPad, or Android device and tap and hold the “Search” tab.

This will bring up a screen that asks if you want to allow the app to listen for the “Hey Spotify” command. Tap the “Turn on ‘Hey Spotify'” button to proceed.

Next, you’ll need to give the app permission to use your microphone. Follow the prompts to allow microphone access and audio recording.

That’s it for setting up the voice command. You can say “Hey Spotify” any time the app is open in the foreground. If you don’t want to use the wake-up command, there are two shortcuts to know.

The first one is the aforementioned tapping and holding the “Search” tab. The second is the microphone icon on the “Search” page.

That’s all there is to the Spotify voice assistant. It’s obviously not as feature-packed as Alexa or Google Assistant, but that’s not the point. You can use it to make your Spotify experience a little easier, plus get some personalized playlists without much effort.

RELATED:How to 'Blend' Spotify Playlists with Your Friends and Family