Eufy Smart Lock opens with the touch of your finger 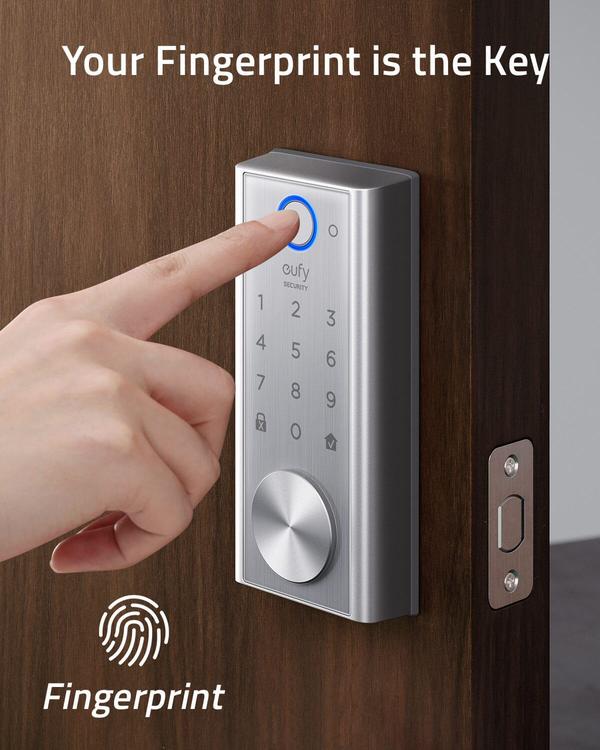 A nice perk of being a reviewer is that I can try different gadgets and then choose one one that’s right for me.

I’ve used smart deadbolt locks for almost 10 years now, and I love the convenience of being able to punch in a code to unlock my front door.

The new lock I’m testing is the Eufy Security Smart Lock Touch, which retails for $169.99 at eufylife.com.

The biggest knock on the Eufy Security Smart Lock Touch is that it does not have Wi-Fi.

This may or may not be a big deal to you.

Smart locks with Wi-Fi can be locked and unlocked from your phone, even if you are across the country.

You can also configure the lock when you are away from home, perhaps to add a code for a temporary user such as a handyman or dog sitter.

Wi-Fi smart locks can also tell a user when the door is locked or unlocked during the day.

Finally, no Wi-Fi means no integration with Amazon’s Alexa or Google Home, so there’s no voice control orability to combine opening the door with other automations like turning on lights.

While those are cool features, I really don’t use them. I’m looking for a door lock that opens easily without a key. My previous locks used a keypad to unlock, which was nice, but the Smart Lock Touch adds a fingerprint reader that I love.

Instead of Wi-Fi, the Eufy Smart Lock Touch interacts with your phone via a Bluetooth connection, which means within 50 feet or so.

When I first installed my first smart lock all those years ago, I was a little hesitant to leave the house without a house key. If I went for a walk, I’d grab my keys and phone and lock the door.

As I got used to unlocking with a passcode, I became more confident and started leaving the house without a key for my walks. I’m not saying you should do that, but it works for me.

My favorite unlock method is via the fingerprint reader. It is very fast and very convenient.

You can also use the keypad, a physical key (Eufy includes five keys) or the Eufy Security app on your phone (within Bluetooth range).

The Smart Lock Touch is powered by four AA batteries, and the unlocking methods all require battery power except for the physical key. 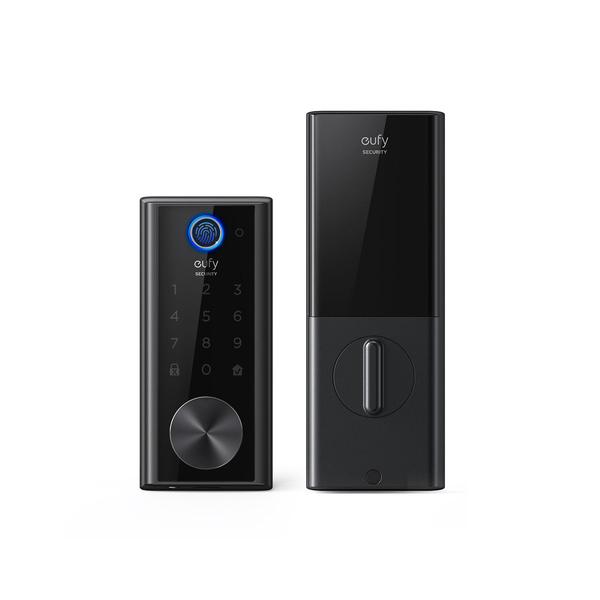 Because there is no Wi-Fi radio to power, those AA batteries should last up to a year.

What happens if you don’t have the key and the batteries are dead?

There is a microUSB port on the bottom of the lock (under the key slot). Plug in any external USB phone battery and it will power up the lock so you can open it.

Installing a deadbolt isn’t as intimidating as you might think.

Once the deadbolt is removed, you can follow Eufy’s instructions to get the new lock installed (the company has a good video in the app).

The installation can get tricky if your strike plate (the piece on the door frame) is not lined up with the bolt. If your lock is hard to lock or unlock, you’ll need to work on the alignment of your deadbolt to the strike plate.

If your lock doesn’t turn smoothly, you might need a handyman to reposition the strike plate.

Since this was not my first lock replacement, I was able to get the Smart Lock Touch installed in about five minutes. Once the batteries are in place, a speaker on the lock will ask you to download the Eufy Security app to your phone and pair the lock to the phone via Bluetooth.

Once the lock is named, you’ll be asked to set a passcode for your user account in the app. Once you set the passcode (four to eight digits), you can set up a fingerprint. You can register multiple fingerprints and the prints are stored in the lock (up to 50 prints total).

Setting up additional users is simple. Each user has to have a unique passcode. Because my wife and I use the same passcode for the door (old habits), I just registered her fingerprints under my username in the app.

You can set up users to have full access (24/7) or limit their access to certain hours of the day or certain days of the week.

There is an auto-lock setting that will lock the door if you forget. You can set the auto-lock to happen immediately when the door closes or up to three minutes later. You can also set up a schedule for auto-lock, which is helpful if youwant the auto-lock to work only after 6 p.m. or only on weekdays.

The lock is IP65 water- and dust-resistant and works in temperatures from -22 degrees up to 158 degrees.

The passcode to open the lock can be up to 8 digits, and there is a neat feature called Scramble Passcode that lets you enter random numbers before and after your passcode.

There’s wrong-try protection, which will disable the fingerprint or keypad after too many wrong tries. You can specify the number of tries and the length of the lockout (up to five minutes).

The fingerprint and passcode information is stored in the lock with AES 256 encryption and the hardware can withstand more than 2,400 of tension and more than 250,000 lock and unlock cycles.

Smart locks are great, and I think everyone would like one, if only for more ways to open the lock. Eufy has a warning on its website about fingerprints not being reliable for children or the elderly.

It has the features I want, like the fingerprint sensor and keypad, but it doesn’t have a battery-draining Wi-Fi radio for more remote features. I’ve always appreciated those features, but I didn’t use them enough to make them a deal-breaker.

I anticipate using the fingerprint reader way more than I used remote unlocking.

If you need those remote features, Eufy does make a Smart Lock with Wi-Fi, but it does not have a fingerprint reader.

Bottom line: Really easy to use and configure, even without the Wi-Fi.