Final Analysis of Efficacy and Safety of Single-Dose Ad26.COV2.S

We have reached the stage in this ongoing multinational, randomized, double-blind, placebo-controlled, phase 3 trial at which crossover vaccination of the participants in the control group has occurred. The trial was designed and conducted and the data were analyzed and interpreted by the sponsor (Janssen Research and Development) and collaborators (see the Supplementary Methods section in the Supplementary Appendix, available with the full text of this article at NEJM.org). The trial-site investigators collected and contributed to the interpretation of the data. All the data were available to the authors, who vouch for the accuracy and completeness of the data and for the fidelity of the trial to the protocol, available at NEJM.org. Medical writers funded by the sponsor assisted in drafting the manuscript.

Participants were adults who were 18 years of age or older and were in good or stable health, without coexisting conditions or with stable and well-controlled coexisting conditions. Key exclusion criteria were previous receipt of a Covid-19 vaccine or abnormal immune system function (see the Supplementary Methods section). After emergency use authorization, participants who received placebo during the double-blind phase became eligible for vaccination with Ad26.COV2.S (crossover vaccination), provided they had not received another Covid-19 vaccine outside the trial. This crossover shortened the follow-up time in the projected double-blind phase of the trial. 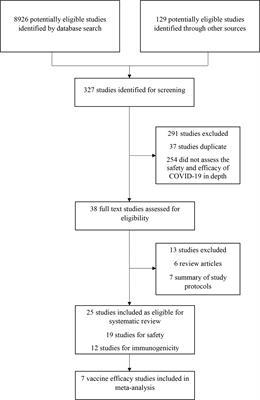 Trial procedures are described in the Supplementary Methods section. Participants were randomly assigned in a 1:1 ratio with the use of randomly permuted blocks in an interactive Web-response system to receive Ad26.COV2.S (5×1010 viral particles) or saline placebo as an intramuscular injection (0.5 ml). The investigators at the trial sites and the participants remained unaware of the group assignments until the unblinding or crossover visit.

Primary and key secondary efficacy evaluations were based on centrally confirmed Covid-19 cases (confirmed molecularly with the use of m-2000 SARS-CoV-2 real-time reverse-transcriptase polymerase chain reaction [RT-PCR], Abbott); cases were clinically assessed independently by a clinical severity adjudication committee. Participants responded to a twice-weekly questionnaire assessing whether they had Covid-19 symptoms, which were reported with the use of the electronic Symptoms of Infection with Coronavirus-19 questionnaire. Additional details are provided in the Supplementary Methods section.

The two primary end points were vaccine efficacy against the first occurrence of centrally RT-PCR–confirmed moderate to severe–critical Covid-19 with onset at least 14 days after administration and at least 28 days after administration in the per-protocol population (Table S1 in the Supplementary Appendix). Covid-19 case definitions and protocol-defined secondary and exploratory end points (e.g., efficacy according to SARS-CoV-2 lineage) are provided in the Supplementary Methods.

The full analysis population included all the participants who underwent randomization and received a dose of trial vaccine or placebo. The at-risk population excluded participants who had a Covid-19 case with an onset before day 15 or before day 29 for the vaccine efficacy evaluations at least 14 days after administration or at least 28 days after administration, respectively. Efficacy analyses were conducted in the per-protocol population, which included participants who received vaccine or placebo in the double-blind phase; participants who were seropositive or RT-PCR–positive at baseline were excluded from the per-protocol population. Safety analyses were conducted with the full analysis population. Participant data were censored on unblinding or receipt of a Covid-19 vaccine outside the trial.