After covering the mobile space for over a decade, I didn’t know what to expect when I arrived at Digital Trends to tackle the broader sphere with the smart home. Yet, here we are more than two years into the endeavor and it’s still overwhelming due to the sheer amount of product categories that encompass the smart home. It’s growing and will continue to grow, no doubt, but there’s still opportunity to increase its adoption. Yes, there are still people using incandescent bulbs!

Consumers are increasingly seeing the benefits of the smart home. Prices on many devices have fallen tremendously over the course of the last several years. Just look at smart light bulbs as an example, which started off costing $50 for a single color-changing bulb and are now available for around $20 for a four-pack. Needless to say, cost is no longer a valid excuse to not make the adoption.

Breaking down the barrier that makes people hesitate about adopting smart home tech is critical, because by doing that, it will fuel the smart home’s next level of growth. Here’s what I learned during my time at Digital Trends.

Familiarity is key to design

The first smart lock I ever used was a clunky one that required a giant box over the deadbolt and outside lock. Sure, it was cool and all having a smart lock to control remotely, but it didn’t mesh with the décor. Thankfully, there has been improvement in this category.

While most of today’s smart home devices are purposely designed to distinguish themselves as tech gadgets, I’m glad to see that makers see the value in traditional designs. The Level Lock is one of those devices that struck me when I first checked it out. Here was a smart lock with all of the conveniences you’d expect, like remote access through an app and auto unlock/lock, but it’s a prime example of how familiarity is beneficial to smart home adoption.

It looks like an ordinary lock, the kind that we’re all used to — but it’s difficult to tell it’s a smart one because of its design. In fact, it turns any lock into a smart one, which is a big selling point. Convincing people to have a clunky keypad on the outside of a door is tough enough, so using designs we’re all familiar with makes for easier adoption. Indeed, there are smart home devices that can’t hide their tech-centric designs, but it definitely helps to leverage designs we all know and are familiar with. 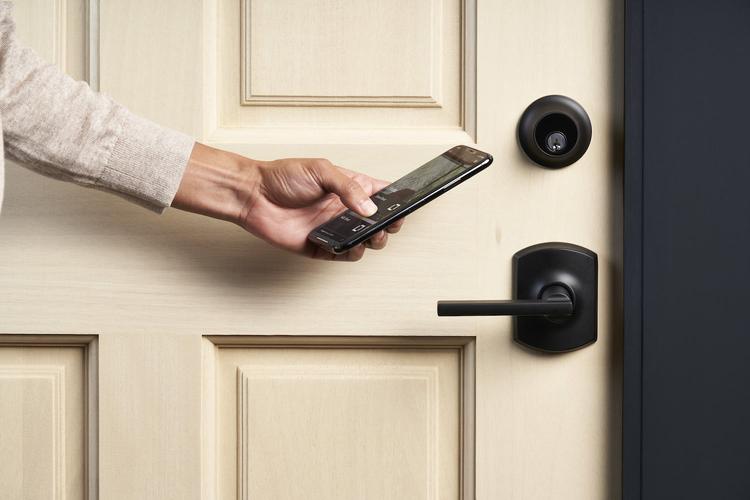 If there’s one thing I’ve made a point about in covering the smart home, it’s the need for more convergence — devices that are multifunctional. I know the frustrations of having several smart home devices that have their own separate apps, which is why I’m a staunch supporter of devices that can declutter my life. These multifunctional devices cover two or more product categories.

The Google Nest Hub Max was one of the first smart home devices that opened my eyes to the idea of more convergence in the smart home. Here’s a smart display that doubles not only as a powerful smart speaker with voice assistant control, but also as a handy security camera that can kick on to detect motion when I’m not home. Amazon took it to the next level with the Echo Show 10 (3rd Gen), which not only offered a security camera as well, but made it so that the display swivels around 360-degree for wider coverage.

Many products have benefited from convergence. Alternative functionality shouldn’t be thrown in for the sake of just adding more stuff, so I like how it’s integrated without disrupting the way products are designed — like how standing desks have built-in wireless chargers, or how fans like the Dyson Pure Humidify pack air quality sensors to tell me if there are VOCs (volatile organic compounds) in the vicinity. Robot vacuums like the Roborock S6 MaxV and Samsung Jet Bot AI+ leverage cameras to double as patrol bots.

Embracing convergence is going to be a constant idea in the smart home that will benefit the consumer because of the value it offers.

Even with all of the connectedness, there’s always that fear associated with invasion of privacy. Hackers are going to hack, regardless of what new security protocols are in place, but there are a few smart home devices that should receive adulation for their commitment to privacy — something I hope will be taken more seriously by everyone.

Take a look at some of the security cameras that have offered automatic privacy shutters, the kind that will close the camera lens so that you’re not stressing about Big Brother watching. The SimpliSafe SimpliCam and Arlo Essential Indoor Camera are two that stand out because they employ mechanical shutters. They’re even more useful because they can automatically do this without being commanded through an app, as well as kick on based on your phone’s GPS location.

There’s some innovative, promising tech that I’ve checked out related to home security as a whole. Did you know that you don’t need a camera to detect whether or not someone is home? The Hex Home System uses plug-in wall sensors to detect motion via Wi-Fi wave disruptions in the home. I was skeptical when I first heard about it, but I was actually impressed to see them work well. Radar-based tech, too, is helping in so many ways. and we’re just at the tip of the iceberg. The Ring Video Doorbell Pro 2 uses it to accurately locate the position of someone in your front yard, but the technology may soon head indoors as well — to notify you if someone is home or not.

Convenience is the goal

And this brings me to my last point about the smart home’s continued growth. All of the innovations and tech I’ve seen in the space the last few years have one thing in common: Providing us with even more convenience. Robot vacuums do the dirty work for us, so that we get back time we can use for other meaningful things. Smart displays let us video chat with family members as we’re preparing dinner, while routines can set smart lights to react when there’s inclement weather on the way.

Convenience is why the smart home is constantly being challenged. We want the gadgets to work like they’re intended to without requiring constant attention or complex setups. I’m eager to see how Matter’s partnership with some of the biggest names in the smart home, such as Google, Amazon, and Apple, will help to bridge the gap between all the ecosystems. Smart home ecosystem fragmentation may be a thing of the past one day, but time will tell.

Regardless, there’s no hiding the fact that the smart home continues to grow and develop to provide us with convenience. Now, that’s something I’ll gladly embrace.