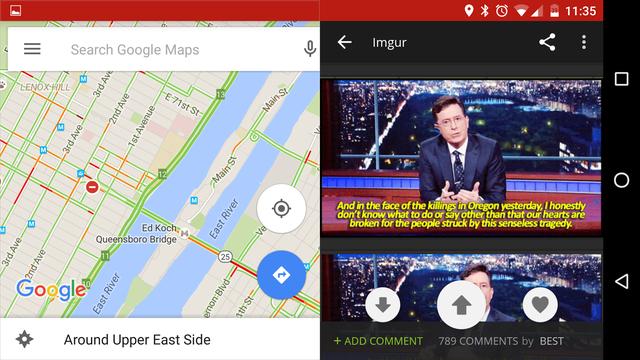 Android 6.0 Marshmallow contains a highly experimental and hidden multi-window mode. Perhaps this will be stable in the next version of Android — it would definitely make Google’s Pixel C, Nexus 9, and Nexus 6 phones more useful. For now, you can enable it if you’re willing to do some tweaking.

RELATED:Hey, Google: It's Time to Add Multi-Window Multitasking To Android

Google hasn’t made this easy to enable. While this feature is included in the final builds of Android 6.0, you can only access it by editing the system’s build.prop file and telling Android you’re using a “userdebug” build instead of the typical “user” build.

This requires either installing a custom recovery environment or rooting your Android device. Google really doesn’t want the average Android user enabling this yet.

To install TWRP, head over to the TWRP Devices page, search for your device, and follow the instructions. Rooting your Android 6.0 device will likely require a custom recovery like TWRP anyway, so you may just want to do it the TWRP way. This will require a USB cable and a PC, Mac, or Linux machine with access to the adb command.

You can also activate it if you’re using the TWRP custom recovery environment, but haven’t rooted your device.

First, boot your device into the recovery mode using its device-specific button combination, which you can find online. Select the “Mounts” option in the recovery environment and check “System” to mount the system partition.

You’ll need adb installed on your PC to continue. If you went through the process to install TWRP on your device, you should already have it.

Connect your Android device to a PC and pull up a command prompt or terminal window. Run the following command:

This downloads a copy of the /system/build.prop file from your Android device to your computer. Open the build.prop file with a text editor — Notepad++ is a good one if you’re using Windows — and locate the “ro.build.type” line.

Change the “user” text after the = sign from “user” to “userdebug”. The line should read: 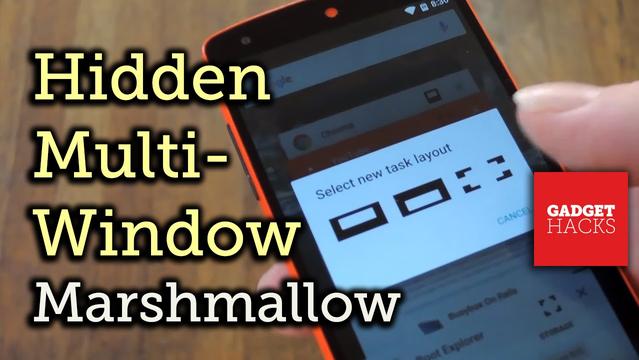 Save the file afterwards.

Return to the command line or terminal window and run the following command to copy your modified build.prop file back to your Android device:

Next, type the following commands in order to open a shell on the device via adb and run the commands on your Android device itself. This changes the build.prop file’s permissions to the correct ones:

Reboot your device normally afterwards. Just tap the “Reboot” option in TWRP and then tap “System.”

If your device is rooted, you can download the free Build Prop Editor application from Google Play. Launch the app and give it root permissions to start editing your build.prop file. You could also use a root-enabled text editor and load the /system/build.prop file for editing.

Locate the “ro.build.type” field and change the value from “user” to “userdebug”. Reboot your device afterwards.

Once you’ve edited your build.prop file, you can activate this option from the Developer Options screen. if you haven’t enabled Developer Options yet, open the Settings app, tap “About phone” or “About tablet,” and repeatedly tap the “Build number” field until you see a pop-up message saying you’re a developer.

At the bottom of the main Android Settings app, tap the “Developer options” category.

Scroll down on the Developer options screen and, under the Drawing category, tap the “Enable multi-window” option to enable it.

You’ll have to agree to a warning first, as this feature is highly experimental.

Once you’ve enabled multi-window mode, tap Android’s overview — or multitasking — button to see a list of all your available apps. You’ll see a new button to the left of the x on each app’s card.

Tap the icon and you’ll be asked where you want to position that app on screen. Repeat this process to position another app in another place on the screen. You can then drag-and-drop the edge between two apps, too.

This might seem like a lot of work — and a comparable amount of tweaking to setting up an Xposed Framework module that does the same thing — but it’s a built-in Android feature. It should hopefully come standard on a modern version of Android soon.

Thanks to Quinny899 at the XDA Developers forums for researching this and putting together a complete set of instructions!