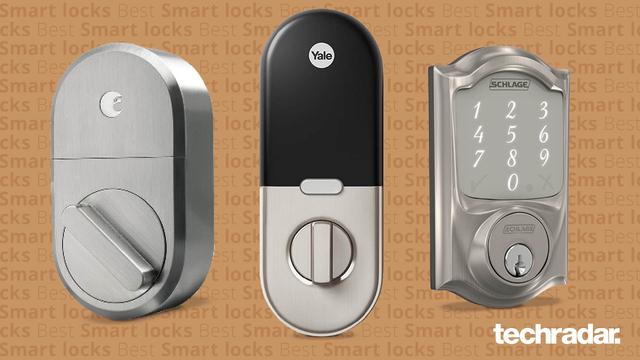 We seem to be in a race to turn everything in our homes "smart" at the moment. Smart lights, smart speakers, smart curtains and even smart taps. So it should come as no surprise that there's a smart door handle on the market too.

In fact, there's a few to choose from, but the one I've always found the most intriguing is the Yale Conexis L1. Unlike many of them, it looks like a regular multi-point handle you'd find on the majority of modern doors in the UK, and it boasts the kinds of features you would expect on a "smart" door handle.

For starters, there's no key for this system. Instead, you could use cards, tags, fobs or even a Bluetooth command sent through an app on your smartphone. And I'll come back to that.

Just as it appears, it really is a straightforward replacement for your multi-point handle. No professional installation is necessary here, just a very good instruction book and plenty of video guides available to help you if you get stuck.

I personally found it quite daunting, disassembling and reassembling the most important defence my home has against unwanted intrusion, but by following the guides to the letter and using YouTube to rectify the one bit I managed to trip up on, I had the whole job done and dusted in about 40 minutes. It was surprisingly easy.

To open it from inside, I just push and turn a nob. It's slightly fiddly, but works well with the right technique. To lock it from either side, I lift the handle. Instantly, I'm very impressed.

Then came the fun bit. To get the lock activated and to add cards, tags and fobs, you connect the lock up to Bluetooth using a smartphone app. And the app needs a bit of work.

It took several attempts, a few phone calls, a replacement fob and one complete hard reset, but I now have everything working the way I wanted it. Let me talk you through it.

My wife uses a tag affixed to her phone to get in. All the physical devices work off NFC, just like contactless card payments. I, on the other hand, use a natty little fob to gain entry, which tucks neatly into a leather key holder I'm quite fond of.

I also carry a credit card-sized card in my wallet, which I can use as a backup if I ever forget my keys. 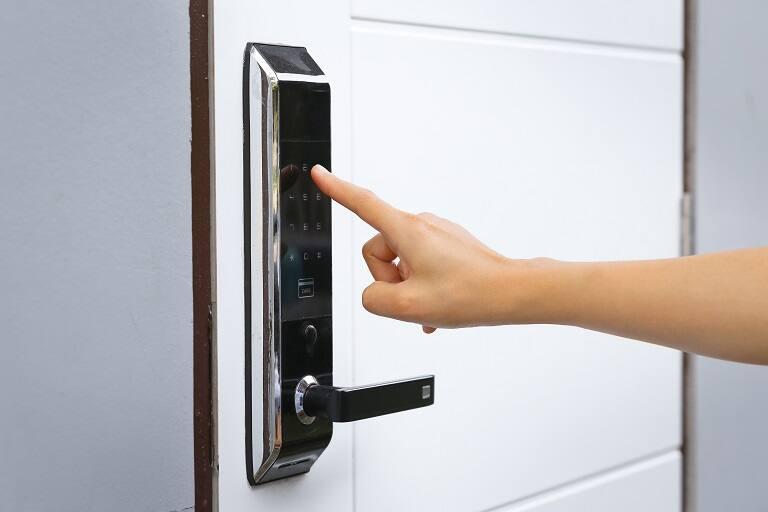 If all else fails, for example, if I forget my fob and my card, I can use my phone to open the door via Bluetooth. There's also an emergency battery backup system should the four internal AA batteries give up the ghost while I'm out. And that's unlikely, because they go on for months.

The app-based Bluetooth system can be passed on to other people. So, for example, if a friend is coming over to look in on my dogs, I can give him access for a few hours remotely and he can let himself in.

This, again though, is where the system lets itself down. The app set up fine on my mother's phone, but a friend who comes regularly to check the dogs has been unable to set up an account, despite several calls and emails to and fro. So I've had to buy him a fob, and they cost around a fiver each.

It boils down to the fact that the device is excellent, but the app is poor

I love the quality feel of the handle. It's beautifully weighted, looks very smart, works extremely well apart from being a bit slow to pick up the tag from time to time, and it's great not having to fumble for my keys when the postman knocks. I can just turn a nob on the inside.

It's honestly worth every penny of the £200 price you can find them at, and I'm even looking into adding a £50 module which will allow me to link the handle up to my Google Home system, making it even smarter.

But oh, how I wish Yale would just make some reliability improvements to the app.

To be fair, everything's working better now, after several weeks of it being installed. The app is behaving better and fobs seem to be connecting quicker. Maybe it's a technique thing.

But my friend still can't log on to the system. I struggled the other day to set my brother up - it took several attempts - and adding new cards, tags and fobs can still a bit "hit and miss."

And it's just such a shame. This is honestly a four-star product, maybe even knocking on the door of five stars, but the app lets it down. Once it's set up, you can, admittedly, leave the app alone, but some of the features it promises would be very useful, so it's a shame it has to be so unreliable.

I'd still recommend a Conexis L1 though. Yale will, hopefully, one day, rework the app, and the customer service team is very good at sorting out any foibles you have.

So it might not, currently, be as smart as you'd like it to be, but the handle itself is brilliant. I'd still recommend one, just be ready for a bit of a faff while you're getting it set up.