Matter Explained: Will It Be What Finally Helps Smart Home Technology Catch On? 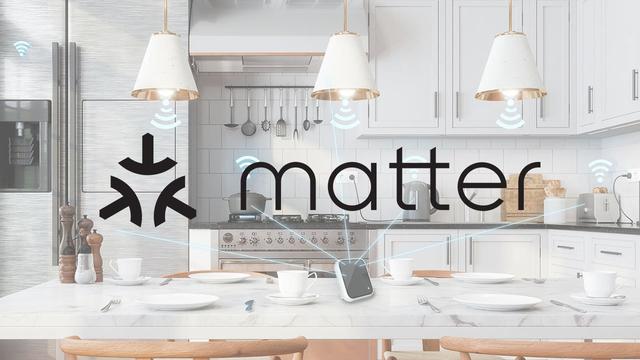 Smart home devices are supposed to make your life easier and more convenient, but installing a bunch of different internet-connected devices that don't work together might complicate it even more. That's why Matter, a new connectivity standard that aims to simplify the smart home ecosystem by allowing everything to seamlessly communicate, is such a promising development. But what is it exactly? Let's break it down.

At its most basic, Matter is a global and open-source standard that promises to allow internet-connected devices from different manufacturers to simply and securely communicate.

Based on the internet protocol (IP), Matter promises to help manufacturers more easily build devices that are compatible with Amazon Alexa, Apple Siri, Google Assistant, and other smart home and voice services, according to the nonprofit Connectivity Standard Alliance (CSA) that oversees the standard. The idea is to foster interoperability among smart home devices, regardless of brand, so you can seamlessly control them via your platform of choice.

“This year, Matter will both signal the end of walled gardens in the smart home and open the field for better experiences by any manufacturer,” Tobin Richardson, CEO of the CSA, said in a statement during CES 2022.

Who Is Behind Matter?

Matter was born from a working group called Project Connected Home Over IP (Project Chip), which Amazon, Apple, Google, and other major players in the smart home space launched in collaboration with the Zigbee Alliance at the end of 2019.

In a 2019 blog post announcing the project, Google said the goal of Project Chip was to "build a new standard that enables IP-based communication across smart home devices, mobile apps, and cloud services."

In May 2021, the Zigbee Alliance changed its name to the Connectivity Standards Alliance and rebranded Project Chip to Matter.

As of January 2022, more than 200 companies are involved in the development of Matter. The CSA says "thousands" of engineers at participating companies are creating the specification and certification. The first release of Matter will run on Wi-Fi and Thread, and use Bluetooth Low Energy.

When Is Matter Coming Out?

The first Matter-certified hardware products were expected to launch in 2021, but the CSA delayed the launch until this year. Now, the Matter seal of approval is expected to start appearing on new products in mid 2022. 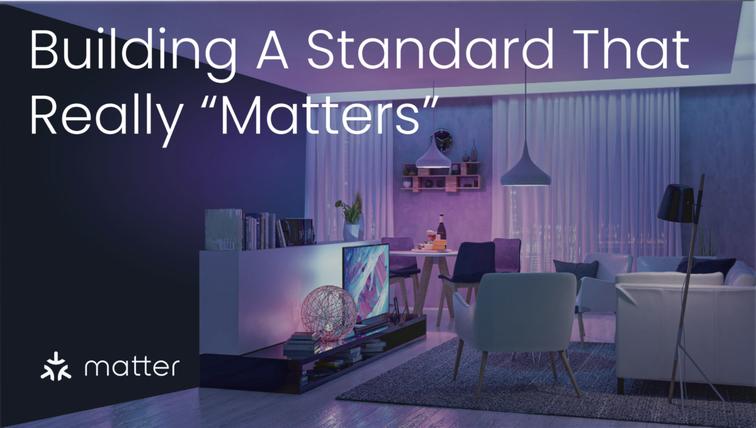 "By the time we enter the next holiday shopping season, consumers will be able to seek out products with the Matter logo as a mark of trust to deliver simple, reliable, and secure interoperability across smart home ecosystems and product brands," the CSA said at CES in January.

This means that devices marked with the Matter logo should all work together both at launch and in the future, according to the CSA.

Amazon says it's bringing Matter to Alexa devices, including the Echo, Echo Dot, Echo Plus, Echo Studio, and Echo Show. This means you'll be able to set up and control Matter devices from Echo smart speakers and displays.

Apple plans to support Matter via its iOS and HomeKit platforms. Samsung intends to bring Matter to "multiple products," as well as to its SmartThings platform this year.

Philips Hue has promised to make all of its new and existing smart lights and accessories compatible with Matter via a software update to the Hue Bridge. The update will arrive soon after Matter's launch and offer Philips Hue device users a "simplified connected experience when integrating with other smart home devices," the company said.

Yale Home also plans to make some of its existing Assure Lock products backward compatible with Matter. Yale already offers Z-Wave, Zigbee, iM1 (HomeKit), and Wi-Fi modules, which are interchangeable inside compatible locks depending on your desired connectivity platform. After the Matter standard is complete, Yale expects to launch a new Matter module that will work in a similar way, powering locks with Matter connectivity.

As mentioned above, many existing smart home devices will gain Matter support via software updates—with the caveat that they need to have the right hardware in order to do so.

Matter support will vary by vendor and device, and not all devices will be capable of receiving the update. According to the independent Matter-Smarthome resource, "Among other things, there must be enough flash memory and processing power on the device to perform the update."

There isn't a definitive directory of which existing smart home devices will support Matter, so we can't just give you a simple list of products here. Instead, you'll likely receive an email or other notification from the manufacturer or any products you own if and when a Matter update is available.

One Standard to Connect Them All?

Once upon a time, smart home hubs were meant to be one-stop solutions for unifying your connected gadgets and controlling them from a single app. That didn't quite work out as planned, with different hubs supporting different connectivity protocols.

Hopefully Matter will get things right where hubs went wrong, but only time will tell. We review hundreds of smart home devices at PCMag each year, so we'll be putting Matter-certified products to the test as soon as they start arriving on store shelves. We'll update this story once we've had some firsthand experience, so make sure to check back soon.

Sign up forTips & Tricks newsletter for expert advice to get the most out of your technology.