MLB lockout: Owners have the power to end work stoppage and start spring training, but they refuse to use it 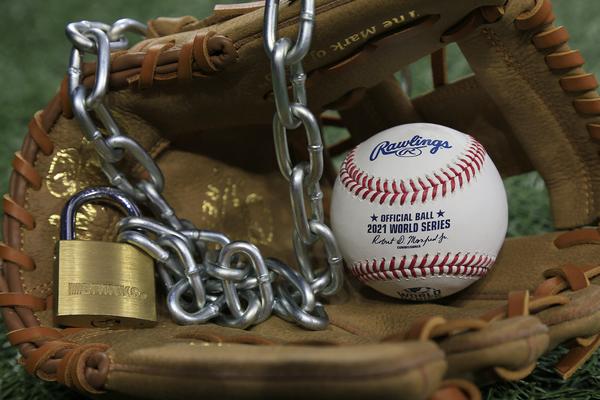 Spring training should be just starting up right now. For many teams, pitchers and catchers were scheduled to report either Monday or Tuesday, and, by the end of the week, the overwhelming majority of big-league players were set to be in camp. Instead, we're stuck in the middle of the second-longest work stoppage in baseball's history.

And in the middle of all this, there remains a simple fact: The owners could stop the lockout at any time. No, this doesn't even mean they have to agree to the players' asking prices in these negotiations.

The owners could simply lift the lockout, have the players report to spring training and continue to hammer out details of the new collective bargaining agreement with the players. There's precedent for this. Everyone would be together in spring training, too, feasibly making the meetings between leaders of the two sides more convenient. The owners could even claim it a sign of "good faith."

Your Ultimate Guide to Every Day in Sports

We bring sports news that matters to your inbox, to help you stay informed and get a winning edge.

By submitting my email I agree to receive the "CBS Sports HQ Newsletter" and other marketing and promotional emails from CBS Sports, which may include information from our affiliates and/or partners' offers, products and services. For more information about our data practices consult our Privacy Policy

Keep an eye on your inbox.

There was an error processing your subscription.

In lifting a lockout, the biggest group reaping the reward would be the one that ultimately matters the most: The fans. The fans just want their baseball. They are the consumers and the reason the sport has so much money about which to fight. 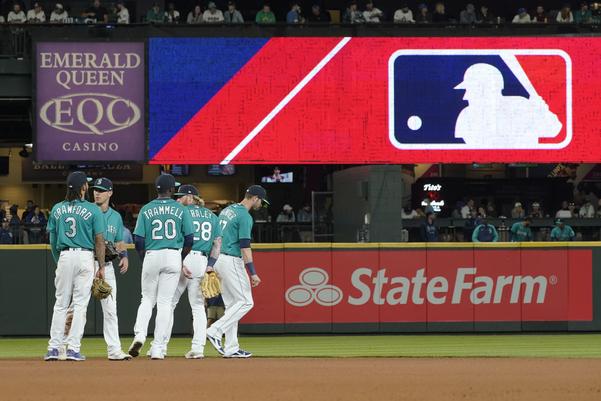 Again, the consumers, the fans, just want to watch and enjoy (and spend money on) baseball. Let them. End the lockout, owners, and take care of your consumers.

The risk from the owner side in lifting a lockout is a player strike. But we're already in the middle of a work stoppage, and, really, if the owners lifted the lockout and then the players went on strike, it seems to me that the owners would have achieved their ultimate goal in making the players look like the bad guys here. It's not like the owners are showing themselves desperate to get the players back on the field anyway.

Remember, the ownership side claimed back on Dec. 2 that the purpose of the lockout was to jumpstart negotiations on a new CBA. Instead, they sat around doing nothing for six weeks. For real. It was43 days before the owners offered the players a deal. Now, commissioner Rob Manfred went to great effort in his one press conference -- more than two months after he released his lengthy statement announcing the lockout at the very second the now-former CBA expired -- to note that phones work both ways. That was to say, the players could have been contacting the owners at any time over the course of the six-plus weeks between the lockout and the first owner offer.

Sure, in theory, that's true; but it was the owner side that said a lockout wasnecessary. Think about it. One side says "we have to lock you out because we need a new deal." It seems to me the burden is on that side to say what they want. If someone comes up to you screaming out how they want to make a deal with you, isn't the first natural step for you to respond with, "OK, what do you want?"

It isn't a huge leap, judging from the glacial pace of "negotiations" between the two sides, that the answer to this question from the owner side certainly isn't "we want to play baseball." If they did, there would be a lot more urgency both to make offers and to make concessions. And I'll reiterate that if the owners truly wanted a fast-paced negotiation, they wouldn't have waited at all, much less 43 days.

All the while, the fans just want their baseball.

Now, I have no doubt that someone like Steve Cohen wants nothing more than to see his Mets take the field. I'm speaking of the owners, collectively, as a group. That group has shown in the past 10 or so weeks they aren't very interested in seeing spring training baseball and probably not even regular season baseball in April (or May ... or June -- just so long as they "win." As far as I can tell, that's really all they want).

Every step of the way, the messaging from the MLB/ownership side has been that the players are the spoiled ones who are asking for the moon while being presented very reasonable offers. Painting the players as greedy bad guys when they are the product -- that will ultimately make the owners their money -- being sold to the public as worth our time and money is an odd strategy (after all, no one is buying a Tom Ricketts, Paul Dolan or Dick Monfort jersey), but that's a different discussion for a different time.

Meanwhile, the players have fully backed away from their biggest ask (earlier free agency). They just completely took it off the table. Somehow, the universal DH agreement is touted as an ownership concession, even though 15 owners already had the DH. The owners want expanded playoffs and the players agreed, even if there's a dispute on how many teams (12 vs. 14). The players have agreed to wear advertising patches on their uniforms (more money for the owners).

The two sides have agreed on a draft lottery system and there are talks for a bonus pool to pay the best players who are still in their pre-arbitration years. They are still trying to work through how to prevent service-time manipulation and tanking, which, hey, good luck with policing that.

The funny thing is, what's left on the table really isn't all that much, which brings me back to the point that the owners can and should just lift the lockout.

These major points of negotiation are absolutely close enough to work on while the players are taking part in spring training.

That's about it. We can argue all we want about which "side" we're on, but it isn't necessary. The reality of the situation is those three areas are the major points of contention and the difference in the two sides isn't vast. With the differences in those two sides being relatively small, let's loop in the third and most important side: The fans just want their baseball.

A final point that needs addressing: The COVID-19 pandemic affected things in a major way in 2020 and, to a lesser extent, in 2021. The best estimates still peg MLB's revenue at $3.66 billion in 2020 (2021 numbers are still unavailable -- so we're left dealing with estimates and the unknown, as owners won't open up their books). The owners were surely expecting the figure to rise above the estimated $10.37 billion in 2019 (via Statista; Forbes pegged it at $10.7 billion), but not making as much money as you expected doesn't qualify as a "loss." I keep hearing from owner advocates that they are the ones with all the "risk" here. If you are shielded from ever taking a loss, that isn't a risk. And, as several players, including Max Scherzer, have pointed out, if you are truly losing money, show us. Hell, we don't all need to see it. Show the MLBPA and they'll adjust their asks. Only the owners won't do that and I can't help but shake the feeling that part of it is they like the largest, eye-popping player salaries being the monetary figures the public sees and scoffs about.

Concurrently, the lockout is now impacting local communities in Florida and Arizona without spring training (theL.A. Times has a great article about the Arizona portion).

The emotional divide between the players and owners surely has a lot to do with the 2020 negotiations, too. The players said from the start to simply pay their salaries on a pro-rated basis and they'd play. If you have us play 81 games, pay us half our agreed-upon salaries, they said. The owners kept wanting to socialize their "losses" by getting the players to agree to far less money than pro-rated salaries. Along the way, again, the players were subtly painted as the greedy ones who just wouldn't understand how hard it is to be an owner with all that risk.

If the owners lost so much money during the 2020 season, why are they risking losing moneyagain with a lockout for 2022? If they lost so much money and are so frantic to recoup some of those losses, why keep the players locked out -- especially when, as outlined above, the points of argument aren't even that far apart?

We're smart enough to connect the dots here, though. The owners didn't lose nearly as much money (if any at all) during the COVID shutdown as they'd like the fans to believe. If you still disagree, just ask yourself if they are collectively operating like a group that desperately needs the product back on the field.

From where I sit, if the owners truly do want baseball back as soon as possible, they sure as hell aren't acting like it. There's still time to change course here and show some good faith to the fans.

Please, owners: Lift the lockout and negotiate the final few points of the CBA while spring training is taking place. Your consumers badly want it, if you even care about them. And you really should. They are the ones lining your pockets.