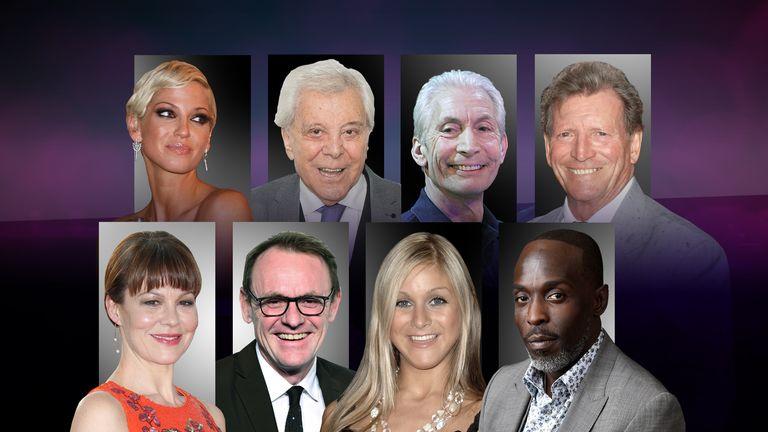 A look back at the esteemed personalities who left us this year, who'd touched us with their innovation, creativity and humanity.

By CBSNews.com senior producer David Morgan. The Associated Press contributed to this gallery. 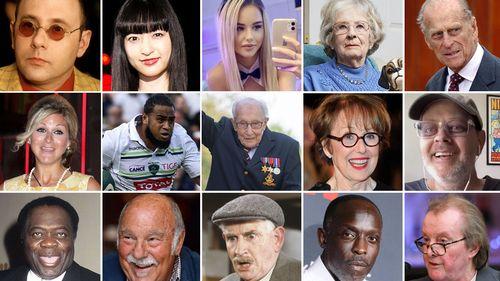 Describing to Roger Ebert his role as an emotionally-stunted travel writer in "The Accidental Tourist," for a 1988 profile, Hurt said, "You cut off the capacity for grief in your life, and you cut off the joy at the same time. They both come up through the same tunnel. You don't have one without the other."

Hurt studied acting at Julliard and appeared with the Circle Repertory Company in New York, starring in "Fifth of July," "The Runner Stumbles," and "Hamlet," and on TV in "Kojak" and the PBS film "Verna: USO Girl." In 1980 he made his film debut in "Altered States," playing an academic driven to study psychedelic substances that would mutate his body.

He next starred opposite Kathleen Turner in the steamy film-noir "Body Heat," and headlined such films as "Eyewitness," "Gorky Park," "Children of a Lesser God," and "Broadcast News." He spearheaded the ensemble cast of "The Big Chill," playing a Vietnam War veteran and drug dealer who gathers with ex-college friends for the funeral of a former classmate.

The recipient of four Academy Award nominations, Hurt won the Oscar for Best Actor for the 1985 "Kiss of the Spider Woman," in which he played the gay cellmate of a political prisoner (Raul Julia) in a South American jail.

On Broadway Hurt starred in David Rabe's "Hurlyburly," for which he received a Tony nomination.

Described by The New Yorker magazine as "notoriously temperamental," Hurt struggled for years with drug and alcohol abuse, but he maintained a steady list of credits, including "Alice," "Until the End of the World," "Smoke," "The Plague," "Dark City," "Michael," "Jane Eyre," "A.I.: Artificial Intelligence," "Lost in Space," "The Village," "A History of Violence," "Syriana," "Into the Wild," "The Incredible Hulk," "The Disappearance of Eleanor Rigby," "Avengers: Endgame" and "Infinity War," and "Black Widow." His TV credits include the miniseries "Dune," "Moby Dick," "Humans," "Condor," "Goliath," and "Damages" (opposite his "Big Chill" co-star, Glenn Close).

Hurt's demeanor on screen seemed always in service of a deeper level of character. "Acting is building the tip of the iceberg," Hurt told Ebert. "You have to build what isn't seen and then play the tip. Only a little bit of the iceberg is ever seen, but it is massive. That's sometimes hard to do in American movies, where the philosophy is to show the whole iceberg."