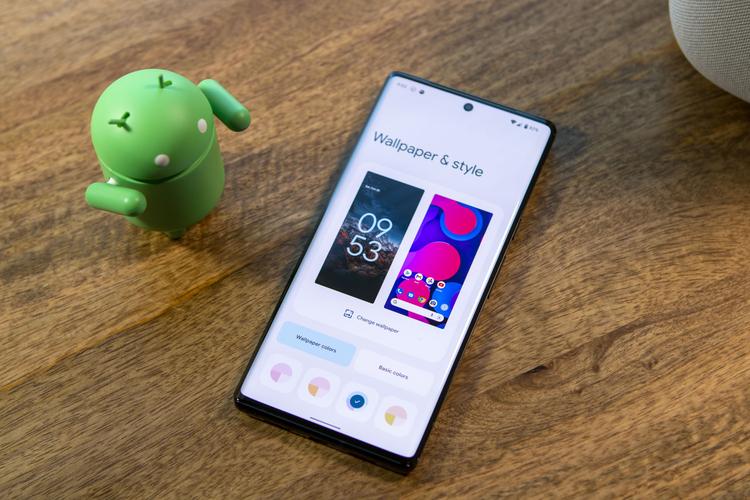 If you’ve already been playing around with Android 12, then Material You won’t come as a shock. But this is the most drastic and impressive design overhaul that we’ve seen on Android since Material Design was announced a few years ago.

Material You and its color palette picker, will take the the primary colors out of your wallpaper and theme the rest of your device accordingly. This includes things like the Quick Settings toggles, various UI elements, and even some of your Home Screen icons.

But you also have a few different options to choose from, if you don’t like what Material You has automatically selected. Just long-press on the Home Screen, tap Wallpaper & Style, and get to customizing.

Missed notifications happen. Or, if you don’t pick your phone up for a while, the list of notifications can seem a bit daunting, so you just clear them all. The problem with this is that you might actually miss an important notification, but don’t know which app it came from. If that’s the case, Android 12 now lets you go back and view your Notification History. 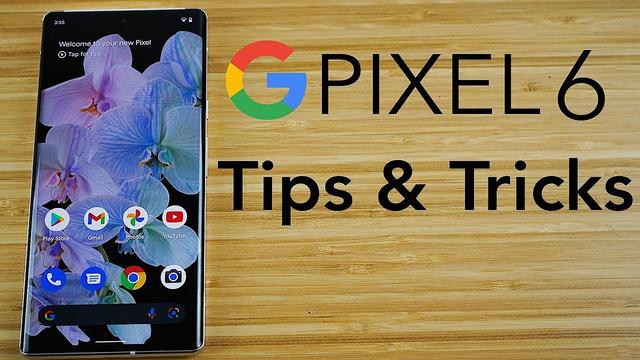 Power Off Your Pixel 6

Google is always playing around with new and different ways for its users to access Google Assistant. We’ve seen things like squeeze gestures in the past, but those are gone. Instead, you can now opt to activate Google Assistant just by long-pressing on the Power button.

One of the best Android 12 tips is the ability to search for practically anything on your device. Instead of just being able to search for specific apps or make a Google query, Android 12 introduces the ability to search things like Shortcuts, People, Settings, and even Pixel Tips. When searching for something as simple as “Home”, you are provided with a multitude of different options to choose from. This includes any apps are installed with “home” in the name, along with accessing anything else on your device that has to do with “home”.

This is enabled by default, however, you can jump into the Settings app and toggle what appears in the on-device search results.

Google has ditched the rear-mounted fingerprint scanner with the Pixel 6 and 6 Pro, instead opting for an in-display scanner. The technology itself has come a long way from when it was first introduced, as the sensors are much more reliable than previous generations. But no matter whether you have a rear, side, or in-display fingerprint scanner, we always recommend adding multiple fingerprints. We also recommend adding multiple scannings of the same fingerprint in order to make the scanner that much more reliable.

Speed up your Pixel 6

Thanks to the Google Tensor chip, we are expecting the Pixel 6 and 6 Pro to be the absolute fastest Pixel devices ever released. But no matter what phone you end up getting, the animations can make the phone feel a bit slower than it should. Thankfully, you can reduce the animation speeds, and if you want the fastest-feeling phone out there, you should definitely adjust the animations.

With Now Playing enabled, you also have the ability to go back through and look at the history of what your phone picked up. This is a great tool if you are trying to remember a certain song, or just want to add songs to a playlist in your favorite music streaming service.

From here, you’ll have a plethora of different options, comprised of the following:

Android 12 has introduced a few new privacy controls that we weren’t exactly expecting. An example of this is the ability to turn off both your microphone and camera with just a swipe and a tap. While smart displays like the Amazon Echo Show feature a hardware switch for both, the same can’t be said for smartphones.

With the release of Android 12, you can now add a couple of toggles to your Quick Settings panel. This is essentially Google’s answer to that hardware switch but will allow you to disable an app’s access to the camera and microphone.

Once these have been added, you can just swipe down to access the Quick Settings panel and tap either button to revoke access. By default, camera and microphone access are enabled, but tapping them will turn off access, regardless of what app you are using.

You can also adjust the slider beneath the animation to select when your phone reaches a certain percentage and will not be able to use Battery Share.

This has been one of the most requested features for stock Android users, and it’s finally here. Scrolling screenshots are available on Android 12, removing the need to take multiple screenshots and stitch them together before sharing.

With the release of Android 12, Google has made it even easier to quickly access and pay using Google Payments. Instead of needing to unlock your phone and put the app on the Home Screen, you can now add a Wallet shortcut to the Lock Screen.

Another new feature arriving courtesy of Android 12 is the ability to keep your phone oriented depending on the position of your face. Previously, the toggle would use the accelerometer within the device and rotate your phone’s screen accordingly. But that doesn’t exactly help if you’re laying in bed or on the couch while looking at your phone. Now, your Pixel can detect your face using the camera and auto-rotate based on that.

While the Pixel 6 and 6 Pro offer a truly unique design, these are still made from glass and are some of the most slippery devices we’ve seen in a while. Of course, you won’t necessarily want to slap a case on your brand new phone, but it might be the better option so you don’t end up with a broken phone.

Learn more about the Pixel 6