The new Schlage Sense Smart Deadbolt Wi-Fi Adapter allows for remote control of the house lock from anywhere —but does not extend Bluetooth range with HomeKit compatibility at all. 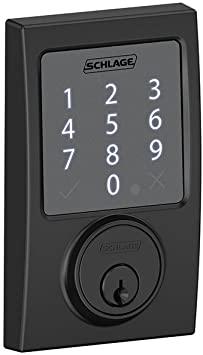 The addition of the Schlage Sense Smart Deadbolt Wi-Fi Adapter allows for remote control with the Shlage Sense app on the iPhone. In conjunction with the app, users can create and delete up to 30 unique access codes for trusted individuals, and schedule access.

Following Schlage's announcement of the wireless networking adapter,AppleInsider reached out for clarification. A Schlage representative confirmed that HomeKit compatibility is limited to short-range Bluetooth, meaning that for outside the home control, HomeKit users need a home hub, such as an Apple TV, or iPad set up in very close proximity in the home to regulate communications.