Texas’ road to Final Four as imposing as it gets 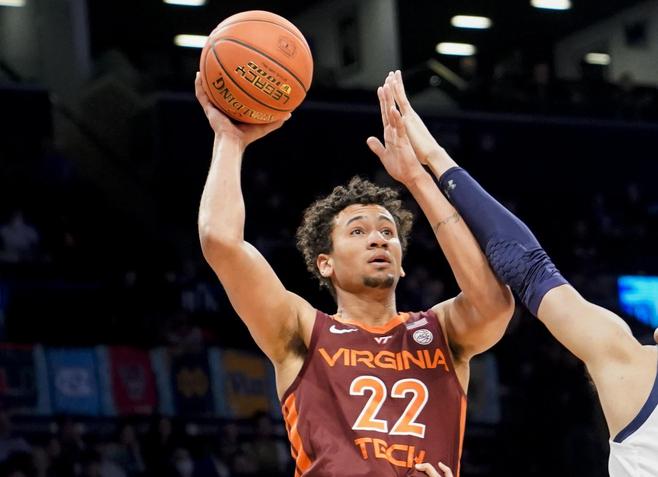 But Texas’ potential voyage to this year’s Final Four in New Orleans might just be the most rigorous in the nation.

The Longhorns (22-11) received a No. 6 seed in the East Region of this year’s tournament and will face No. 11 seed Virginia Tech (23-12) on Friday in the first round at Milwaukee’s Fiserv Forum. It won’t get any easier for Texas if it manages to get past the ACC tournament champs.

Here’s a look at Texas’ potential path to reaching its first Final Four since 2003:

Texas coach Chris Beard always says he hates playing against friends. But even if he and Virginia Tech’s Mike Young didn’t go way back, Beard probably wouldn’t be thrilled about drawing Virginia Tech in the first round. The Hokies have won 13 of 15 and just tore through the ACC tournament in Brooklyn, topping Clemson, Notre Dame, No. 25 North Carolina and No. 7 Duke to claim the program’s first ACC title of any sort. Super Senior forward Keve Aluma averaged 19 points, 6.5 rebounds and 3.3 assists in those four games. And 6-foot-7 Justyn Mutts is the Hokies’ Draymond Green replicant, a defensive linchpin (seven rebounds, 3.6 blocks/steals per game) and canny passer (3.4 assists per game). Texas is the higher seed, but this game feels like a classic pick ’em. 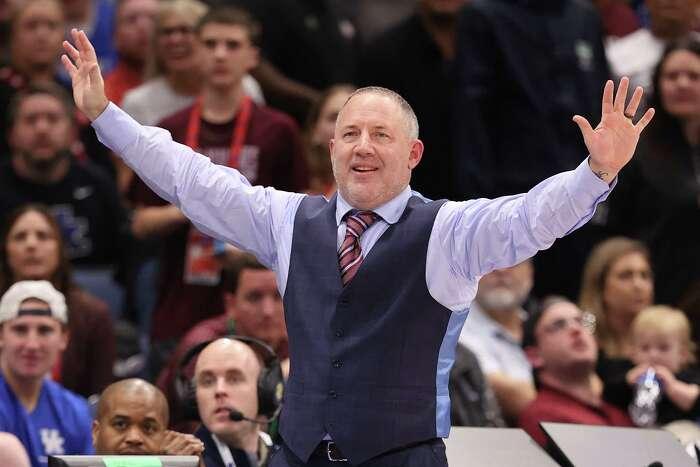 Assuming No. 3 seed Purdue handles Ivy League champ Yale, Texas might want to keep some oxygen tanks handy on the sidelines for this second-round matchup. Purdue averages 121.3 points per 100 possessions, third behind only Gonzaga (121.8) and Iowa (121.5). Sophomore guard Jaden Ivey (17.4 points, 3.2 assists) is a 6-4 explosive package, a rim-rocking force and plus defender with a reported 6-10 wingspan. And the Boilermakers’ frontcourt of 7-4 Zach Edey (14.6 points, 7.8 rebounds) and 6-10 Trevion Williams (11.7 points, 7.4 rebounds, 3.1 assists) looks like a devastating mismatch for Texas’ passionate-but-undersized defense. Texas guard Courtney Ramey would handle the Ivey assignment, while 6-8 Christian Bishop and 6-9 Dylan Disu try to slow the mammoth Edey and Williams.

No one should count out seventh-seeded Murray State, which went 30-2 and undefeated in the Ohio Valley Conference. But in all likelihood, Texas would face No. 2 seed Kentucky in this regional semis matchup. The Wildcats lost only seven games this season, all to NCAA Tournament teams, and they smoked Midwest No. 1 seed Kansas by 18 at Allen Fieldhouse and blasted South No. 3 seed Tennessee by 28 earlier this year. West Virginia transfer Oscar Tshiebwe has become coach John Calipari’s battering ram, averaging 17 points on 60 percent shooting, a nation-best 15.1 rebounds, 1.8 steals and 1.6 blocks in 31.5 minutes per game. Potential one-and-done guard TyTy Washington is a crafty scorer, and Georgia junior transfer Sahvir Wheeler (6.9 assists) can both dictate the offense and lock down the other team’s best guard. If everything is clicking for Kentucky, there are few more imposing teams in the country.

There’s a slim chance Beard’s Longhorns and coach Shaka Smart’s ninth-seeded Marquette Golden Eagles could meet in the regional final. And while that would be a comical cosmic twist, it’s more likely that either No. 1 seed Baylor, No. 4 seed UCLA or No. 5 seed Saint Mary’s reach the East’s Elite Eight. Texas lost twice this season to the defending champion Bears, and they were tied with six minutes to go in the second defeat before losing by seven. UCLA and March magician Johnny Juzang are back in the hunt one year after storming out of the First Four and into the Final Four before losing by three to top-seeded Gonzaga. Saint Mary’s beat No. 1 overall seed Gonzaga by 10 back on Feb. 26 and put a scare into the Bulldogs in the WCC tournament — any team capable of that can make a run to New Orleans.