Tunic review: A perfect ‘palate cleanser’ game in a year of huge releases 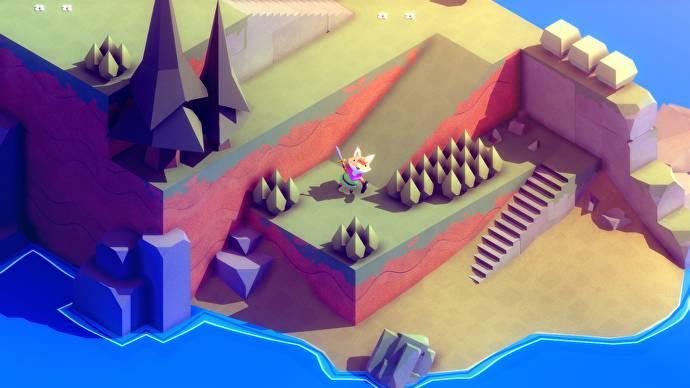 Did you ever prise open a game box in the backseat of your parents’ car on the way home from a supermarket, carefully slide out the instruction manual, and start reading straight away? Did you ever get the rush of cheap ink and plastic from the game box in your nose as you quickly scoured a booklet, hoping to glean clues about the game or learn something about its characters? Did you ever feel empowered by this – like you’ve learned something profane and secret, that other kids playing might not know?

Well, that feeling – that exact rush of intrigue when you discover a hidden little secret that maybe only you know about – isTunic. The whole game is brimming with these moments, these hush-hush little nods and suggestions that you, player, have outwitted something and got ahead in the game because of it.

You’re a little fox on an adventure, plonked squarely into the world with minimal context and a brief suggestion as to why you’re trying to gather something that definitely isn’t a Triforce. There’s no tutorial to speak of. No, instead you will find little pages of an instruction manual scattered throughout the world that you piece together out of order. And that’s as much hand-holding as you get. Good.

This means – even though you have access to most of the game’s curious mechanics from the off – you’ll either overlook how to do a lot of things or just bypass them entirely. Defeating an enemy atop an ancient tower, grabbing a manual page from its stash and realising ‘oh I could have been unlocking stuff since the start of the game if only I [redacted]’ should be irritating. But it’s not. It’s charming, and smart, and it makes you feel like the game gets one over on you (which is only fair, because if you sniff out very well-hidden passages and shortcuts in its gorgeous isometric world, you feel like you get one over on the game, too).

This constant back-and-forth is a game of wits between you and Tunic that feels playful and giddy – and that’s probably intentional from the developer’s end. The whole tone of the game (as oblique and wordless as it is) revolves around piquing your curiosity and making you try things out. Got some coins you don’t know what to do with? A page in the book suggests, maybe, you should toss them down a well – see what happens! That rudimentary gear system? Why not wear different things in different areas, and see if something changes? 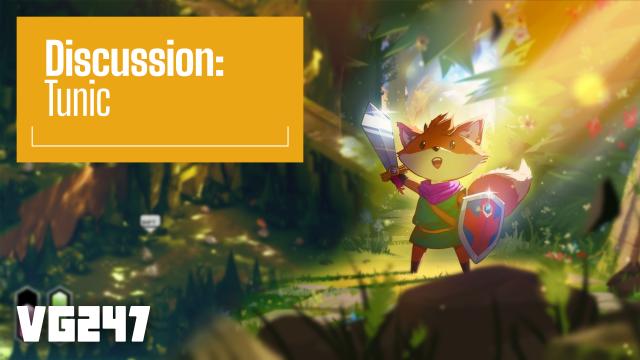 Where last year’s remarkable Death’s Door took the modern Zelda-like game in a more hardcore direction, Tunic feels like its heading towards the same destination on a much more scenic route: it’s gorgeous, it’s fairly breezy compared to its genre stablemate, and it asks less of you, to boot. All you need to know in Tunic is how to manage your stamina, how to dodge, and how to lock-on to your targets. It can be tricky, but it’s not hard. Perfect for precocious kids of all ages, then.

The real joy in Tunic comes not from its wonderfully animated enemies (the crabs are a highlight), but from its map design. It’s inspired by isometric games, but isn’t afraid to pull the camera out, twist it around, shunt it into a corner or whatever else to give you a sense of place. Even the fixed camera angles feel like they’ve been placed by a gently smiling cinematographer; never content with going with the simple option, you’ll find the camera zooms, pans or rolls on a whim, highlighting whatever part of the dustily-lit toybox world works best in the moment.

A highlight was – finally – finding a way into a library that I'd seen mentioned in a random page of the instruction booklet much earlier on in the game. Climbing up the wall and squeezing through a hole, the camera pulled back to reveal my ingress got me onto a bookshelf – something I didn’t realise until I dashed about a little bit to see where my vulpine avatar had ended up and knocked some books over.

Tunic is brimming with little moments of joy like this, and I felt genuinely sad when it dawned on me that I’d probably combed every inch of the game and seen everything there was to see on the gorgeous (and subtly sinister) island our fox friend calls home. As nice as it is to learn the intricacies of the iframes in dodge rolls, or see how various magic items interact with different enemy types, Tunic is at its best when you’re sniffing around and trying to find its moments of genius – the little paths hiding in plain sight, or the tricksy treasure chests that tease you, unopened, on distant overhangs.

Tunic comes at a perfect time; in the middle of a packed release schedule dripping with titles that delight in killing you, it’s a calmer, more mild-mannered take on the adventure game that wants to engage in a friendly dialogue. It doesn't want to yell at you – it wants to encourage you. To explore, engage, and experiment. It’s the perfect palate cleanser, taking anywhere between six and 20 hours, and absolutely essential if you’ve got a fondness for adventure games with a potion in their pocket, a cape around their neck, and a twinkle in their eye.

Tunic was reviewed on PC (Steam) with a code provided by PR.