www.androidpolice.com Five Android 12 features Samsung already had in One UI 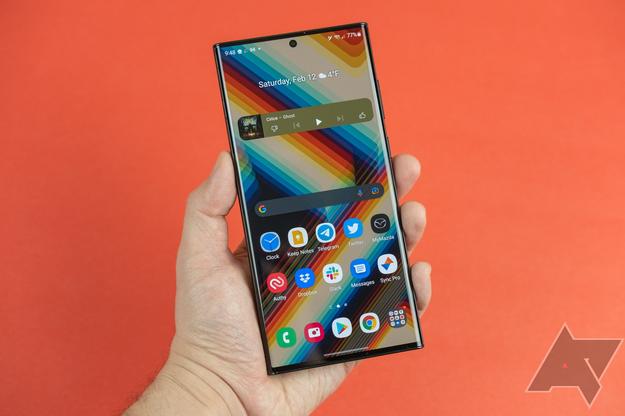 Sometimes Google is late to the party

Android 12 is the biggest overhaul to Google's mobile OS in recent memory, adding plenty of new features as well as the lovely Material You redesign. But while a lot of these features are new to Pixel users, they might not be new to people who use phones from other manufacturers.

For better or worse, Samsung has always packed its phones full of features, and several of them have finally made their way into Android 12 for everyone else to enjoy. Here's a rundown of what Pixel users are only just getting that Galaxy owners have been able to make use of as part of One UI for some time already.

Android 12finallyadded scrolling screenshots, something practically every other OEM has had for years now. Even though it's an old feature for many, I think Google has managed to do it better than anyone else, at least in some ways. On my S21, I take a screenshot and then press the down arrow on the toolbar that pops up. The phone then scrolls down for me, extending the image by a little bit, but for longer screens, this will mean tapping the button over and over again to produce a full screenshot. On my Pixel 4 running Android 12, it captures the content above and below what's on my screen and instantly lets me select how much I want in the image. This implementation is more convenient than Samsung's, and it saves you the time you'd have to spend cropping the screenshot later.

On the other hand, Google's scrolling screenshot feature doesn't work everywhere. I've not been able to trigger it on the Discover screen or in Chrome, whereas it works in both places in One UI.

One of the standout features of Android 12 is Material You and its ability to pull colors from your wallpaper and theme the OS and compatible apps to match. With Samsung's Good Lock module Theme Park, you could create custom themes based on your wallpaper as far back as 2019. 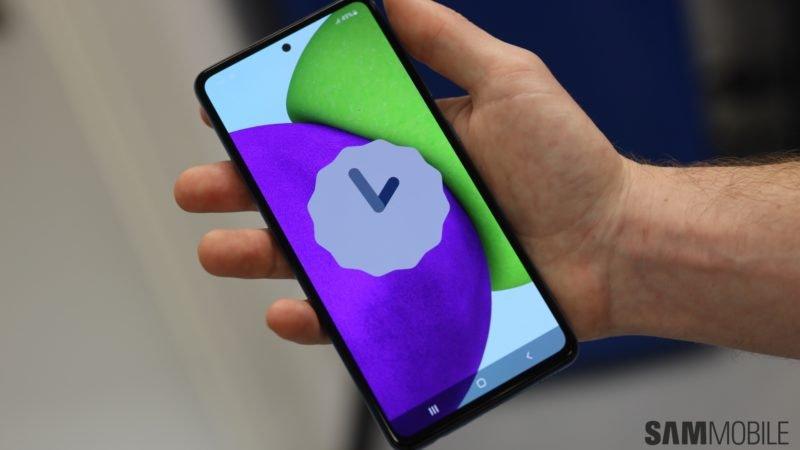 Of the two, I prefer Google's dynamic theming over Theme Park, which isn't as consistent as Monet, has a much more manual setup process, and doesn't alter anything other than Samsung's own apps. Meanwhile, Android 12's dynamic theming is starting to be supported by third-party apps so it will only go from strength to strength. Thankfully, Google's implementation has been taken up by Samsung in One UI 4, so it looks like the South Korean company is as in love with Material You as we are.

Samsung phones have had some form of on-device search for as long as I can remember, with even my Galaxy S4 from 2014 having a rudimentary version. S Finder, now known as Finder, lets you search through your apps, settings, contacts, and more right from your app drawer.

Google has added the same functionality to Android 12, and it works in the same way, with one advantage — you can toggle some settings, like Wi-Fi, on and off without leaving search.

Samsung was the company to start the trend of massive phones, so it isn't surprising to learn that it introduced one-handed mode in the Galaxy Note3 back in 2013. As phones have become even larger, this feature has become a must-have.

Sadly, the one-handed mode seen in Android 12 isn't as good as the one found in One UI. When you swipe down on the navbar of a Samsung phone, the content of the entire screen gets pulled into one of the bottom corners of the phone. In Android 12, Google has opted for reachability similar to the iPhone, with the gesture pulling down the top half of the screen.

Samsung's version is better for one key reason — phones have also gotten wider. Many people struggle to reach the whole keyboard with one hand, not just the top half of the phone. Samsung's one-handed mode brings everything within easy reach. If you disagree and prefer what Google has done, then Samsung still has you covered with the option to switch to this style of one-handed mode with the Good Lock module One Hand Operation+.

When Samsung combined Bixby with the power button on the Galaxy S20 series, people weren't happy. Holding the power button to switch off or restart your phone has been the way of things since the dawn of time, and messing with users' muscle memory like that was never going to be popular, regardless of which digital assistant you were summoning.

Google has decided to follow suit in Android 12, adding the ability to call up Google Assistant with a long-press of the power button. If you upgraded to Android 12 on an older Pixel, this might not be something you've run into. But if you have a Pixel 6 or factory reset your Pixel while on Android 12, this will be switched on by default.

The only way to power off or reboot your phone with this enabled is to pull down the quick settings and look for the on-screen power button. Fortunately, both Samsung and Google let you switch this off and go back to the way things were. Unfortunately, switching it off won't bring back the smart home device controls to your Pixel's power button menu. Not unless you install Tasker and use Alexa, at least.

While Google is often late to the party when it comes to features like these, it usually implements them at least as well as the versions that were already available from Samsung and others. Even if you're not a Pixel user, Google baking these capabilities right into Android will still improve the experience for you, as it's usually then that third-party app developers get on board to start supporting them. Are there any other OEM features that you'd like to see Google adopt in future versions of Android? Let us know down below.

It was a sneaky issue that didn't show up immediately