Are economic sanctions against Russia the answer? 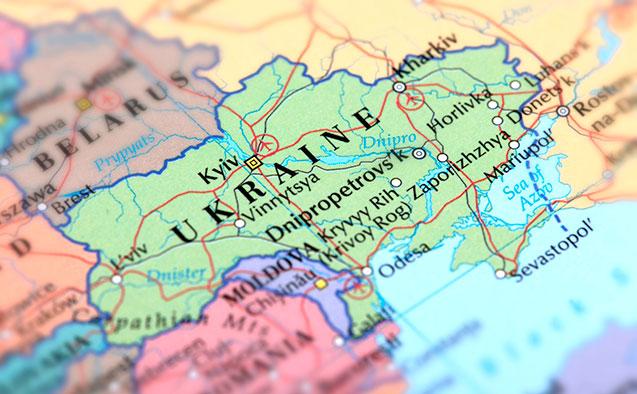 From a ban on Russian oil imports to McDonald’s closure of restaurants, economic sanctions have been an important part of the U.S. response to Russia’s invasion of Ukraine. Benjamin Coates, associate professor of history, is currently conducting research for a book that will examine the U.S. and economic sanctions since WWI. Coates is a historian of U.S. foreign relations, whose first book examined the relationship between international law and empire. In the following Q&A, he explains how sanctions have been used in the past, how they are being used against Russia and the impact they are likely to have.

How has the U.S. used economic sanctions in the past?

The United States has relied on sanctions more than any other country in the world since World War II. These have ranged from cutoffs of foreign aid or arms sales (or threats thereof) to full-scale embargoes. In recent years the country has turned to sanctions even more frequently. Under the Obama administration about 500 people or organizations were added to sanctions lists every year; during the Trump presidency this number nearly doubled. Reliance on sanctions reflects in part the centrality of the dollar to global trade and finance, which allows the U.S. to block transactions around the world. But it also reflects a certain mindset that sanctions are easy to impose and relatively cost-free from the perspective of the United States. The rise of “targeted sanctions” in the 1990s also gave the impression that it was possible to use sanctions in a way that hurt only the “bad guys” while causing minimal collateral damage.

What is different now?

What’s dramatic about the current sanctions is just how far-reaching they are and how quickly they’ve been imposed. Never before—outside of the World Wars—has a country with an economy the size of Russia’s been subject to this level of economic coercion. And not only has the U.S. acted, but the EU, Japan, the UK, and even Switzerland have jumped on board.

How are sanctions affecting average Russian citizens? Others?

Financial observers are predicting that the sanctions will cause a severe recession in Russia, meaning that many Russians will lose their jobs. Because of the collapse of the ruble and a rise in interest rates, they will find it harder to purchase food and other necessities. These sanctions will impose collective punishment. It’s also clear that these sanctions will be costly for the rest of the world. We’ve seen oil and commodity prices jump, worsening previous inflation. Wheat prices have skyrocketed. This looks like an economic war that will affect people around the world.

Is this the first time private U.S. businesses like McDonald’s, Coca-Cola, VISA and Netflix have taken this type of action? What about businesses based in other countries?

Private companies nowadays have employees and sometimes entire departments whose job it is to make sure that the company doesn’t violate U.S. sanctions. They know that violations can result in fines from the U.S. government, sometimes in the tens or hundreds of millions of dollars. This sometimes leads to what scholars call “overcompliance” or “de-risking.” That means that when you have a country that is subject to multiple sanctions, private companies may opt to do more than what is strictly required by law, for fear of straying into legal gray areas. The other issue here is reputation. The solidarity for Ukraine in the U.S. and Western Europe has been so widespread (polls are finding 70%+ of Americans support sanctions even if that means higher gas prices) that companies fear boycotts and shareholder actions. Just recently the Japanese company that sells Uniqlo clothing announced a withdrawal from Russia after previously pledging to continue business there on the grounds that clothing is a “necessity of life.” But criticism on social media and from the Japanese government convinced them to change course. This kind of pressure on companies isn’t new. In the 1970s and 1980s activists pressured companies to stop doing business with apartheid South Africa, for example. But the speed this time is completely unprecedented. Already over 300 companies have limited at least some of their business with Russia. Previously it would take years or even decades of pressure to get those kinds of numbers.

Does the combination of official government economic sanctions and U.S. businesses increase the likelihood Russia will change course in Ukraine?

While the sanctions will have a devastating economic impact, their political impact is less clear. The U.S. has had sanctions on Iran for 40 years and on Cuba for 60. North Korea has been subject to sanctions since 1950! In none of these cases has economic pressure led to a fundamental shift in government (though Iran was persuaded in 2015 to pause work on nuclear weapons). Will sanctions lead Russians to demand Putin’s overthrow, or at least an end to the war? It’s possible, but most Russian experts seem doubtful.

What effect is the withdrawal of U.S. businesses from Russia having on the Russian economy?

The cooperation of private business increases the economic pressure on Russia. Initially the U.S. and Europe intentionally exempted Russian energy sales (primarily oil and natural gas) from sanctions. But Russian oil companies found that few Western companies were willing to buy their product anyway. Russia is also responding by threatening foreign businesses. The government has issued a decree allowing Russian companies to ignore patents from “unfriendly” countries and has tried to stop foreigners from withdrawing investments. It may wind up seizing foreign property. What this all means is that even if sanctions are lifted at some point, it will require significant time and effort to restore economic connections.

What are your thoughts on social media platforms suspending Russian users?

This highlights the double-edged nature of sanctions. In punishing Russia for its actions it helps the Russian government enhance its control over civil society. In effect Putin’s government and Western media companies have cooperated to shut down the free internet. This has long been an issue for sanctions: if you cut off a country from outside sources (of information, capital, trade, etc.) that can make it easier for the government to concentrate its power.

Is there a danger of escalation?

This is the first time we’ve seen this level of sanctions on a country with nuclear weapons. President Biden has drawn a clear line: the U.S. will not use military force, even as it ramps up sanctions and military aid to Ukraine. But it’s not clear that Russia sees things this way. Putin describes sanctions as “economic war” and has made veiled nuclear threats. I don’t think either side wants a full-out war, thankfully, but the threat of escalation is real, especially if Russia were to respond to economic coercion with cyberwarfare. As the history of the Cold War shows us, in times of heightened fear and tension, the potential for catastrophe looms. The Cuban Missile Crisis is Exhibit A. We are far from that at the moment but even a minuscule chance of a horrific outcome is worth worrying about. I hope that some kind of diplomatic settlement can be reached to stop the violence in Ukraine and lift sanctions.