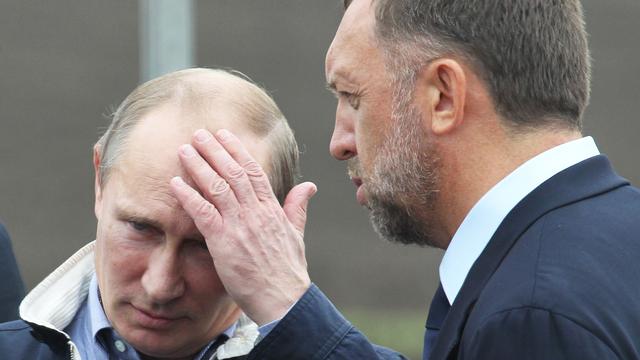 I am in London talking a lot about my new book (did I mention I’ve got a new book out?), and took the opportunity to nip down to Belgrave Square to see the very genteel stand-off between four anarchists, who had occupied a house belonging to family members of oligarch Oleg Deripaska, and the forces of the Metropolitan Police.

It was raining. A small but vocal group of supporters was making a little bit of noise, while journalists huddled under umbrellas, and a team of specialists tried to get near the anarchists who were hanging out on the balcony over the front door and occasionally shifting further away from the people trying to get them.

There wasn’t much going on, to be honest, but it did strike me as indicative of London’s entire approach to oligarchs’ money: when it arrives, no one cares; when anyone threatens it, the entire police force turns up. As one lawyer who’s been involved in cases against the oligarchs told me last week: “until we can persuade judges that a theft committed overseas is as important as the right to property here, we’ll never get anywhere”.

Deripaska has of course now been sanctioned in the U.K., as have many other oligarchs, but we are a long way from challenging their ownership of their mansions.

So sanctions. The United Kingdom has finally stepped up and done some sanctioning. It’s never too late to do the right thing, as the saying goes, and this is quite eye-catching, being as it involved Roman Abramovich and Deripaska.

Much of the media attention focused on what this means for Chelsea Football Club (because, priorities…), which is now the target of some quite weird restrictions on its activities, including the club administrators not being allowed to spend more than 20,000 pounds for the players to travel to an away match. On one side, that seems like a huge amount of money to spend on renting a bus; on the other side, it seems odd to limit it at all. You’d have thought the government’s aim would be to maintain the value of the club as high as possible to recoup as much money as they can if they ever confiscate it.

Having said that, quite a lot of commentators got a bit ahead of themselves, with the talk of confiscation.

Hmmmm, if only rhetoric was the same thing as results. The U.K.’s sanctions can be imposed for two things: either “destabilizing Ukraine or undermining or threatening the territorial integrity, sovereignty, or independence of Ukraine” or for “obtaining a benefit from or supporting the Government of Russia.” Abramovich was designated for being friends with Putin and for owning the large steelmaker Evraz.

Could … potentially … may have … that’s a lot of guesses piled on top of each other, and I would guess that Abramovich’s lawyers are even now readying their responses. As a keen observer of the gap between U.K. promises to tackle financial crime, and the sad reality of repeated failure, I would not bet against the lawyers here. That is after all what has tended to happen with sanctions in the past.

It’s easy to forget in the torrent of horrible news from Ukraine that we were already living through a crisis before this crisis. Covid-19 is still out there, and still killing people. The Lancet has just published an analysis of deaths from 2020-21, trying to obtain an estimate of total excess deaths, which I think is worth looking at. Of a total death toll of 18.2 million people in the first two years of the pandemic, fully 1.07 million died in Russia, which gives it the third highest death toll in the world after India and the United States. 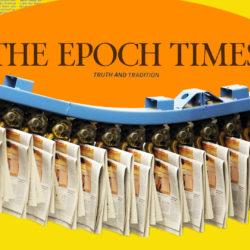 If you compare the death toll as a proportion of the population, Russia turns out to have had an excess mortality of 374.6 deaths per 100,000 people, which is twice as bad as the U.S., and far worse than Ukraine (221 excess deaths per 100,000 people). One of the few countries with a markedly worse figure than Russia is Belarus, which saw 483 per 100,000 people. There are other places in the world, which have had an even worse time – Bulgaria, North Macedonia, Lesotho, Namibia, Bolivia, Peru – but none of them have just launched a war in supposed defense of their co-ethnics in a neighboring state, like Vladimir Putin and Alexander Lukashenko.

This is just a long, statistics-heavy way of pointing out that Putin’s supposed concern for ethnic Russians in Ukraine is complete twaddle. If he actually cared about them, he’d have properly resourced public health, and spent the last two years focusing solely on ameliorating the effects of the pandemic and tackling the corruption that has blighted healthcare for so long, and thus help ethnic Russians right there in Russia, where most Russians live.

Putin could have seen the arrival of Covid and Russia’s terrible death toll as a reason to do something about this. Instead, he’s spent 100,000 euros on a super-long table (apparently), and spent the last two years getting angry so whatever crap he’s being reading on the internet that he attacked Ukraine.

Authoritarians muddy the conversation. We clarify it with journalism.

Ukrainian healthcare has also had terrible problems with corruption but, thanks to work from civil society, the health ministry and international organizations, drug prices have come down and treatment rates have gone up. However, even before the Russian invasion, problems were mounting with some disastrous consequences, including a small outbreak of Polio. Now, to make things worse, Ukrainians who are packed into bomb shelters are no longer able to protect themselves from COVID-19 like they could, so Putin is not just killing the people he’s claiming to want to protect, he’s helping the disease to spread further.

Presumably, for the same reasons, the Russian soldiers who are currently invading Ukraine are also highly vulnerable to the virus spreading, though I haven’t seen any news about it.

Of course, Russia’s population has been collapsing for a while, and has largely been supported by immigration from the ex-Soviet countries of Central Asia, which have been traditionally heavily reliant on remittances from Russia to support their economies. This year, however, because of sanctions against Russia, the collapse in the ruble, and restrictions put in place by Russia itself, that lifeline is going to be severely damaged.

If sanctions remain in place for the long term, the entire calculation underpinning migrant flows from Central Asia to Russia could change, with knock-on effects for the size of a Russian population already likely to suffer from the emigration of young liberal-minded Russians keen to maintain links to the West. That exodus will meanwhile be a further drag on the Russian economy, since it will both deprive Russia of many of its most productive workers, but also further reduce the size of its working-age population.

All told, Putin’s invasion of Ukraine continues to look not just like a criminal act of aggression, but also spectacularly stupid.

Turmoil in the oil and gas markets caused by Putin’s war has led to staggeringly high prices and threatens to drive them further. The price of gas is a key component of the price of fertilizer, which could severely constrain farmers’ ability to make a living. More alarming, however, is what this means for food prices.

Between them, Russia and Ukraine grow more than half of the world’s sunflowers, and if the growing season is disrupted, the price of that oil is going to soar. They are also important producers of wheat and barley. Even if Ukrainian farmers managed to get their harvest in, they’d struggle to export it with Russian warships either blockading or bombarding their Black Sea ports. The threat is particularly severe to already poor countries: Eritrea and Somalia are both almost entirely dependent on imports of wheat from Russia and Ukraine.

I talked to Ireland’s RTE radio on Sunday about my new book,Butler to the World (available in all good bookshops if you’re in the U.K.; if you’re in the US, you’ll have to wait till June), and spent a delightful few minutes beforehand listening to the guest who was speaking ahead of me: Armistead Maupin. Before it was my turn to speak, I’d bought a copy of the first volume of his Tales of the City series, and I am loving it. It is nothing to do with Ukraine, or money laundering, or Putin, but there is something wonderful about how he describes the strange, interconnected lives of his lonely San Franciscans. If you need distracting from the news at the moment, I highly recommend it.

The story you just read is a small piece of a complex and an ever-changing storyline that Coda covers relentlessly and with singular focus. But we can’t do it without your help. Show your support for journalism that stays on the story by becoming a member today. Coda Story is a 501(c)3 U.S. non-profit. Your contribution to Coda Story is tax deductible.