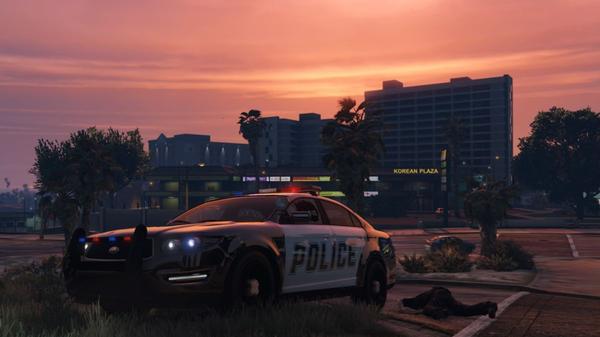 I once bathed my two kids while waiting for GTA 5 to load. I'm a seasoned PC player when it comes to GTA Online, you see, and while my platform of choice has long boasted 60fps, stunning ray-tracing, and upscaled resolutions, load times are a total pain in the arse. Admittedly, I love the fifth main series instalment of Rockstar's long-serving crime simulator, but, as my life becomes increasingly busy with extracurricular, non-video games-related activities – such as maintaining the hygiene of my young children – I value my time more now than ever.

And so, when I fired up GTA 5 on PS5 yesterday and waited just 56.47 seconds to land in the bustling murdergrounds of GTA Online, I couldn't help but smile. Other games running on Sony's latest state-of-the-art hardware might load in half that time or less, but we are talking about a game here that turns nine years old later this year. It's a bit disappointing I can't migrate my 140-level character from PC, as is the fact those who jump from PS4 to PS5 (and Xbox One to Xbox Series X) do so permanently, but that's a different conversation. Can you play GTA Online on PS5 with PS4 players? In short, no.

"Daddy, can I have a—". In a second, sweetheart. First, I need to steal this Turismo R and enjoy the glorious haptic feedback of its revving engine through my DualSense controller.

There's not much more to say about GTA 5's new loading times beyond the fact that they're now significantly better. In order to cross-check the DualSense-driven nips and tucks as mentioned above, I fired up my PC save which took two minutes and 41 seconds to drop me onto the dance floor of my GTA Online nightclub. Prior to moddert0st's homemade fix to PC loading times last year – a patch that Rockstar later officially acknowledged and implemented itself – that wait could sometimes be tripled in times gone by. I accessed GTA 5's single-player story mode in less than 30 seconds on PS5 yesterday, for goodness sake, and while I'm not about to get misty-eyed over a negative quirk of Rockstar's back catalogue, it does feel quite novel to boot up a Grand Theft Auto game and barely have time to take a sip of my coffee. Nodding along to the prolonged G-funk-inspired loading screen theme of GTA: San Andreas opposite a CRT telly in the mid-2000s felt like a rite of passage, after all. 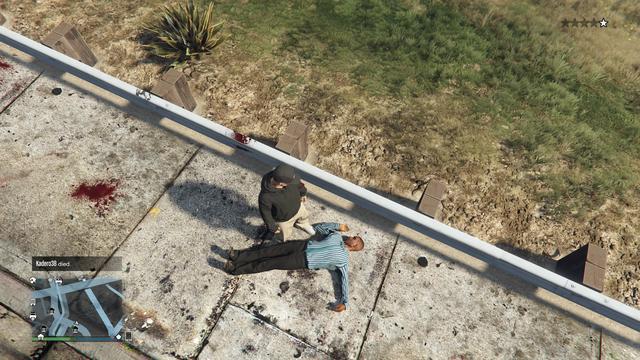 In-game, GTA 5 looks gorgeous on new-gen consoles. As a long-serving PC player, it's nothing I haven't seen before, but that's not to underplay its significance here. While not officially donning the Expanded and Enhanced moniker the internet attached to this outing early doors, this PS5 and Xbox Series X version is indeed a much bigger visual undertaking than anything the series has accomplished on the same lineage of console hardware first put into motion in 1997. Despite the foundations of GTA 5 arriving in 2013, new players will discover a game that doesn't feel out of place by 2022's high standards, and I suspect the same will apply to players who've taken a break from Los Santos in recent years – both groups of which can take advantage of the 'Career Builder', a new tool that guides players up the criminal ladder.

All of which is to say: GTA 5 on PS5 feels good. That's noticeable on a figurative level almost immediately. When the midday sun bathes the palm tree-lined faux LA thoroughfares, or when the sky bleeds orange to red to purple at dusk over the Senora Freeway, it's hard not to get lost in the enduring mystique of this wonderful evolving sandbox, and it's easy to see why it's stood the test of time. But GTA 5 on PS5 also feels good in literal terms, even if it took me a while to nail down exactly why scooting around in a sports car felt so nice, or why selecting a firearm from the weapons wheel felt different.

Similar to how it worked with the DualShock 4's light bar, the strip lights that line the DualSense controller's touchpad flash to reflect specific situations – solid red when you're health is low, for example, blinking blue and red when being pursued by the cops etc. – but that feature continues to be pretty superficial. When your phone rings, you hear the voice on the other end through the controller's speaker as opposed to your headphones, which, again, also appears on last-gen hardware and is more disconcerting than it is neat. What does make a subtle but marked difference, however, is the DualSense's use of haptic feedback, which can now be set to low, medium, or high via a new settings menu option. And once it clicks, once you realise why you can feel every kerb-hop, why every high-speed drift feels more exhilarating, and why every bullet fired carries more weight. It's wonderful.

I've combed the GTA 5 and GTA Online map from pillar to post over the last several years, to the point where I know the city as well as my hometown of Glasgow. With nothing left to discover, I rarely go exploring in Los Santos anymore because, well, I've seen it all so what's the point? And yet, by simply making me feel every pothole in the road, every burst of acceleration, and every bump and scratch and scrape, I suddenly found myselfjust driving for 20 minutes. The bass in the club, the weight of a punch, the slam of a car door, it's all so superficial but it all feelsso nice.

When I finally got my hands on a PS5 late last year amid the ongoing global shortage, one of the first things I did was sync up my DualSense controller with Steam via Big Picture mode. But it's just not the same. I've been spoiled and surely can't go back to bog-standard vibrate settings. Granted, the addition of haptic feedback in GTA 5 on PS5 shouldn't come as ashock – especially givenhow DualSense has captured the "mystery and magic" of a new generation – but given the fact I'm so familiar with this game and its world, and am now so used to this controller, it did come as a welcome surprise.

I'm by no means a PC elitist, but have historically always favoured the platform over its console counterparts. In Grand Theft Auto terms, the gulf in class between GTA 2 on PSOne and PC, both visually and performance-wise, made me the envy of my mates in the late 1990s, by virtue of my dad's Windows 98-powered desktop. The same could be said of GTA 5 at various points over the last eight years, but that disparity between platforms no longer exists today. And this might be the first time I've ever wanted to do things in reverse.

Love virtual crime but sick of San Andreas? Check out the bestgames like GTA here.