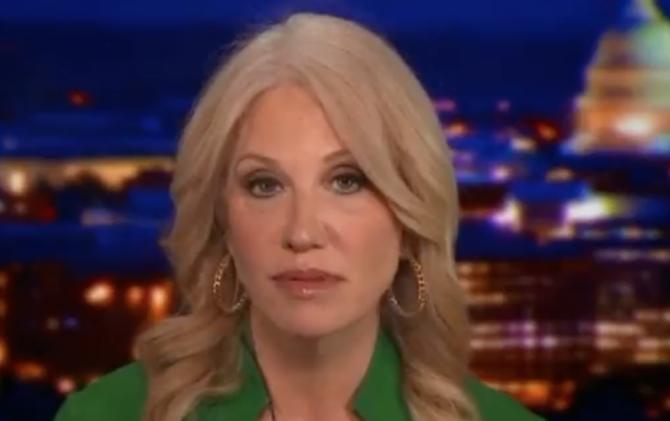 Queen of accountability Kellyanne Conway, who coined the absurd term “alternative facts,” has lashed out at President Biden’s administration for having, of all things, “a fact problem.”

“Don’t be so overly dramatic about it, Chuck,” Conway said. “They’re saying it’s a falsehood and our press secretary, Sean Spicer, gave alternative facts to that.”

Related: Kellyanne Conway announces new memoir and everyone on Twitter had the same response

The Washington Post fact checkers eventually determined that “by the end of his term, Trump had accumulated 30,573 untruths during his presidency — averaging about 21 erroneous claims a day.”

Now Conway is calling out Biden for his “fact problem,” and there aren’t enough grains of salt in all the world’s diners and mines to take her latest complaints with.

Kellyanne claims Biden and Psaki have lost their credibility and says they have a fact problem pic.twitter.com/fXegv1sVKb

“You know, Laura, I like to say Democrats don’t have — this administration doesn’t have a messaging problem, they have a fact problem,” Conway said without a lick of irony.

Here are the two clips side-by-side:

Kellyanne Conway: The Biden administration has a "fact problem."

Unsurprisingly, the soundbite didn’t go over so well:

We now cut live to a view of Kellyanne Conway, relaxing at home after lying her ass off. pic.twitter.com/gWozTKDF7e 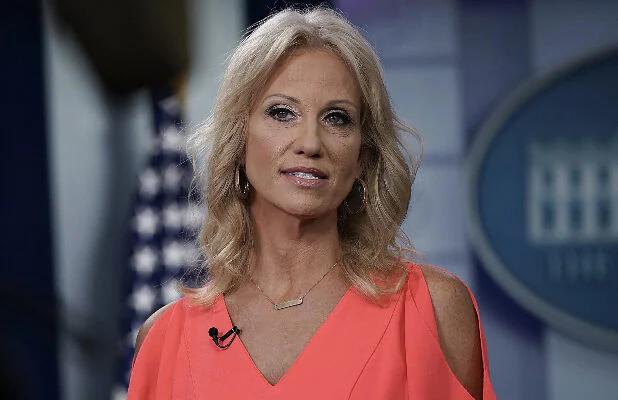 Kellyanne Conway is one of the biggest liars in American History.

Reminder, Kellyanne Conway is the one who came up with the fake "Bowling Green Massacre".

Kellyanne Conway apparently went on Fox News and accused President Biden and Jen Psaki of having a “fact problem”.This may be the very definition of “chutzpah”. pic.twitter.com/cGcdhsqlMC

During her time in the White House, Kellyanne Conway lied, misled, distorted, obfuscated, flip-flopped, lied about flip-flopping, flip-flopped about lying, fabricated, misinformed, misrepresented, unhinged her jaw and spewed lies like a fire hose, and fibbed.

I almost forgot what a vile person Kellyanne is, thanks Faux News for reminding the whole universe. ? pic.twitter.com/q3L2b2NG0B

#kellyanne who is a duplicitous serial liar is seen leaving home, to claim that Biden has a “fact problem”. This coming from the mastermind who believes in “alternative facts”. pic.twitter.com/yjrAEhRRw4

Kellyanne Conway, the fairy godmother of alternative facts, says that the Biden Administration has a "fact problem". Irony levels off the charts here.

FACT: Kellyanne Conway lies so much she became an embarrassment to her own child.HINT: When your teenager publicly calls you out for being a lying douche, you probably should change your behavior.