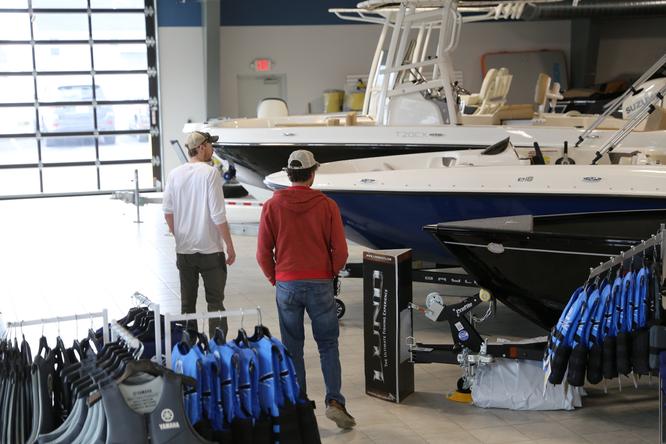 CLEVELAND, Ohio - Tons of people dove into boating and lake sports as a hobby during the COVID-19 pandemic when many other activities had restrictions. Two years later, they’re still making waves.

Jim Armington, owner of Buckeye Sports Center in Peninsula, said several boat brands are already sold out for the year. Tom Mack, founder of South Shore Marine, has the same issue with more buyers than boats available.While some manufacturers have boats available, others don’t — limiting choices at the dealership.

It’s a good time to be in the boating industry. Not so good if you’re looking.

But Michelle Burke, president of the Lake Erie Marine Trades Association and organizer of the Cleveland Boat Show, said many people became boaters during COVID-19. Now the industry needs to think of ways to keep them.

Burke said other hobbies have come and gone during the pandemic, and she doesn’t want boating to the way of internet-connected exercise equipment.

“I think when you look at what happened with Peloton, it is a cautionary tale for the boating industry,” Burke said, of Peloton’s announcement and then cancellation of plans to build a new plant near Toledo.

Dealers, though, haven’t seen a slowdown.

Ohio last year saw the highest increase of registered boats in the last 20 years, according to data from the Ohio Department of Natural Resources.

Recreational boating right now has the demand of the housing market with the supply-chain issues of the auto industry. 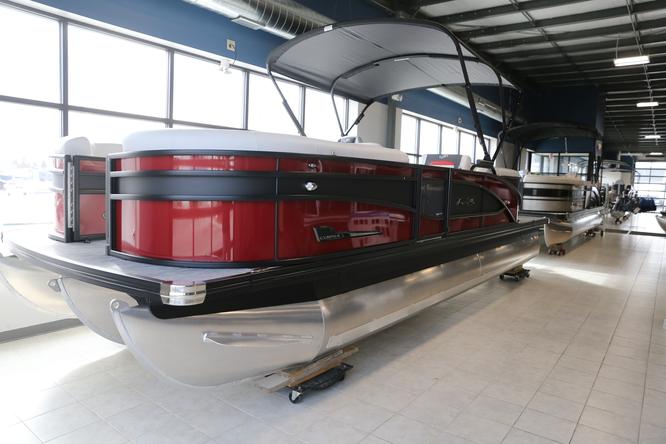 Dealerships sold out in 2020 and manufacturers didn’t have the factory space ready to keep up. Labor shortages, chip shortages and backups in fiberglass production all slowed things down.

Burke said the problem isn’t as widespread though, and differs by boat maker.

“Not every dealer is suffering from lack of inventory,” she said. “Some are and some aren’t it all depends on the brand.”

For newcomers, boats can be intimidating, Burke said speaking from experience. She grew up thinking boats were only for rich people and even five years ago told her husband “no” to a boat.

All that changed when she got out on the water, eventually leading to her working in the industry. But she said the first few years can be a shock from storage and repair bills.

“We’ve got to make sure that all these people who bought boats are happy boating,” she said, adding that the boat industry is in a “incredible place” right now.

Armington said there’s reason to believe some people will leave boating, but he thinks the retention rate will be pretty high.

“I think the COVID-boom was obviously a big short-term boom, but it will have lasting effects in the industry,” Armington said. “It really got people back to thinking of doing things with their families.”

“I think it raised it to a new level, and it will flatten out at a higher level,” he said.

His biggest issue right now is boats taking 6 to 9 months to deliver after orders are placed, and rising prices. Armington’s business grew 30% over the last two years and could have grown more if it wasn’t for inventory issues, he said.

He is building another dealership in Huron, partially because being a bigger dealer will mean more boats from manufacturers. Armington said boat makers are prioritizing getting inventory is their best sellers, which could make it harder for smaller businesses.

He too is struggling with inventory but has enough in stock to keep shopping interesting. His focus right now is customer service, he said, and making sure the labor shortage or part shortages don’t affect customers.

Boats, meanwhile, are becoming better designed and getting more luxurious, and more tech-infused. Mack said some even dock with a joystick now.

“If you were a new boater, the learning curve is way simpler,” Mack said.

RVs also say a huge increase in demand but have recently started hitting the used market. Mack said if people are predicting that for the boat industry, he hopes they’re right.

Yes, some customers in the pipeline got pushed into boating earlier by the pandemic. But each is bringing others onto the lake, exposing them to boats.

“When people get a boat, they never knew how many friends they had,” Mack said.