The Changing Labor Force: What’s Driving It, And What To Prepare For In The Near Future

American workers have faced historic disruptions and hardships since the COVID-19 pandemic hit the labor market in March 2020. Nearly one-third of American adults have difficulties covering usual expenses, and the unemployment rate hovers above pre-pandemic levels. In addition to these new, pandemic-related challenges, larger demographic and technological forces also have accelerated, bringing about changes that were not anticipated or expected for decades to come.

As we approach entering our third year under the pandemic, Americans are getting caught in an economy transformed by rapid technological change. While the Department of Labor recently projected that we could see nearly 12 million jobs added to the economy in the coming decade, the labor landscape will experience a whirlwind that is expected to look very different than it does today, thanks to the creative destruction brought on by revolutionary technologies.

This turbulence will affect us all, but it will largely be driven by four key technologies affecting particular industries. By identifying these sectors of the economy that will most noticeably feel the impact, policymakers and business leaders must start accounting and preparing for these shifts, as well as considering what it means for their labor force, both in the present and in the future.

Digitalization. There will be more jobs for computer workers due to the increasing sweep of digital technologies across the economy, including growth in areas such as the internet of things, cybersecurity, teleservices. For example, with nearly 410,000 new jobs expected, software developers, quality assurance analysts, and testers each rank in the top ten of occupations with the largest projected employment growth; information security analysts are also among the fastest-growing jobs. Both professions — software developers and information security analysts — are high-paying, with median annual wages in 2020 of $110,140 and $103,590, respectively.

Furthermore, the automation of administrative and clerical tasks is expected to result in a decline of nearly 530,000 office and administrative workers. Of the 30 occupations projected to see the biggest decline in employment, nine are jobs in this category of workers, including telephone operators, data entry keyers, and secretaries and administrative assistants.

E-commerce. Real gross output in e-commerce has more than doubled over the past decade, from $314 billion in 2009 to $682 billion in 2019, and has continued to grow since the start of the pandemic.Due in part to theshift away from brick-and-mortar, retail trade is expected to be hit with the largest employment decline among all service-providing industries, with more than 586,000 jobs lost this decade. 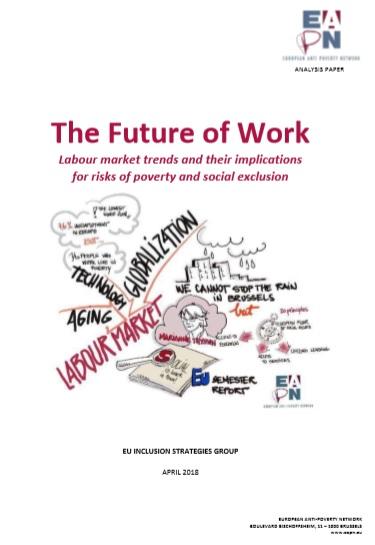 However, increases in e-commerce shopping and their accompanying home and business deliveries are expected to drive demand for drivers by about 100,000, as well as for workers who move freight, stock, and other materials by hand by nearly 250,000. Logisticians could see nearly 30,000 new jobs, as e-commerce makes logistics more dynamic, complex, and crucial.

Big Data. Twenty years ago, the prospects for growth in mathematical jobs such as mathematical scientists and statisticians were lukewarm at best, about 7% over a decade. But the labor market for number crunchers has turned around with tens of thousands of new jobs expected, thanks to the digital revolution’s quantification of human activity and the analytics required to make use of it, as more and more data has poured into every area of society and the global economy. Overall, mathematical science occupations are expected to see 28% growth in the decade ahead, with statisticians projected to be among the fastest-growing occupations with a 35% gain, and data scientist and mathematical scientist jobs growing by 31%.

While manufacturing is expected to add more than 140,000 jobs over the decade, automation and robots are expected to reduce jobs in production occupations by about 39,000, including losses for a range of machine and tool setters, assemblers, and operators. In contrast, industrial machinery mechanics could see a 22% boost in employment in manufacturing, adding 49,000 new jobs, as automation increases demand for these workers.

In manufacturing, most of the new jobs are expected to be for higher-skilled workers, such as managers, business and financial operations personnel, and engineers. For example, jobs in manufacturing for industrial engineers are expected to grow by nearly 31,000 as manufacturers increasingly need their expertise to remain competitive through the adoption of automation.

The distance between today’s emerging technologies and tomorrow’s futuristic reality is shrinking and, perhaps most importantly, foresight is shortening. For example, artificial intelligence — the apex technology of the next half-century — could disrupt jobs at every level, from work tasks to the labor market, and impact employment and occupations that historically have not been affected much by automation. A recent literature review identified potential AI-exposed occupations, ranging from engineers, production quality control inspectors, and accountants to optometrists, concierges, and funeral directors. But the speed, scale, and scope of AI’s impact on jobs remain uncertain.

To prepare for current and incoming disruption, our recent “Competing in the Next Economy” report calls for increasing the rate of American innovation and the number and diversity of Americans engaged in innovation. To achieve this, we recommend approaches such as a full redesign — and, in some cases, establishment — of innovation-focused curricula, as well as realigning federal, state and local development and training programs to enable a highly-skilled, digitally competent workforce.

One thing is certain, as technological progress accelerates, we will see continued technology-driven disruption, creative destruction, and labor market churn. Workers must be ready to retool when demands for labor and skill needs shift.