Cyber Monday: Expand your HomeKit smart home with these deals 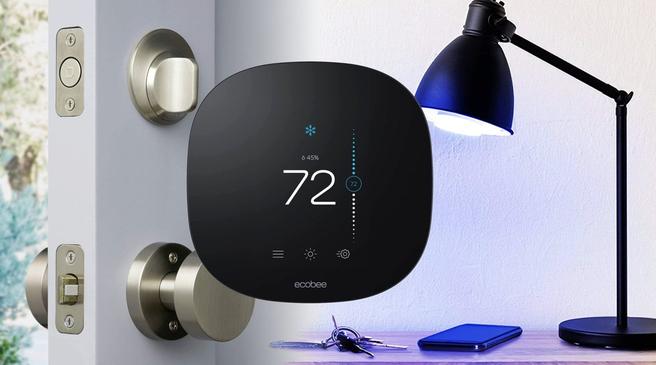 If you've wanted to get started in making your house or apartment into a smart home, here are some great Cyber Monday deals on devices that support HomeKit to bring more automation to your life.

If you're looking for a big name in smart bulbs, Philips Hue is as big as you can get. Connecting via a bridge, Philips Hue is a vast ecosystem of bulbs that you can fit throughout your home and control from your devices.

The heart of the Philips Hue system is the Smart Hub, which is needed to go between HomeKit and the bulbs. A factory-reconditioned second-generation Smart Hub is available from Woot! for $35, down from the usual price of $60.

Woot! is also selling a large number of factory-reconditioned bulbs, making it a cheap way into the Philips Hue ecosystem This includes the White and Color Ambiance A19 Starter Kit with Hub for $99, which would usually cost $190, and the White 2-Pack of A19 LED Smart Bulbs without the hub for $19.99, down from $25.

The wide range also covers other non-bulb lighting products, such as a reconditioned Smart Motion Sensor for $31, as well as the Hue Smart Light Bar 2-pack for $99.99, and even the Hue Being Pendant Light for $179.99.

The Clean A19 E26 provides the usual benefits of smart lighting, including a range of colors and control via Siri, but with the inclusion of a HEV mode that uses High Energy Visible LEDs to destroy bacteria in the same way as UV light. They are available for $41.98 instead of $69.99.

For your television, you could add the Z TV Lightstrip 40-inch to the back, providing backlighting and helping protect your eyes. Controllable using Siri and HomeKit, the strip could also be placed anywhere else in the home, such as under cabinets or shelves.

Meross' range of smart home devices cover the gamut of platforms, including support for HomeKit, as well as covering a wide range of device types.

While you could control those bulbs using Siri, it's nice to have some tactile switches in the room itself. The Meross Smart Light Switch two-pack is normally $40.99, but for Amazon Prime members, it's $32.79.Be aware that you need a neutral wire to work with your existing light switch fitting. 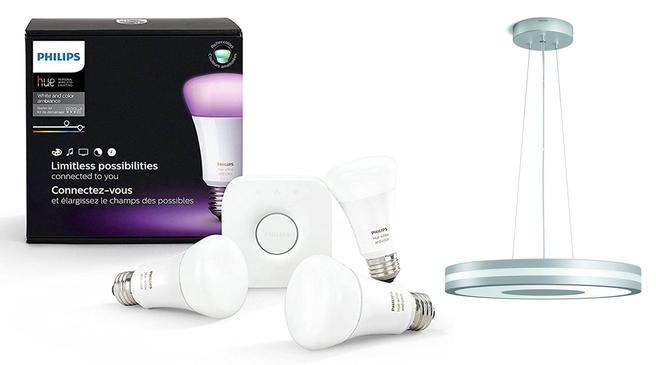 If you have lamps and other small devices that you want to remotely turn on and off, then you should look at the company's collection of smart plugs. The Smart Wi-Fi Dual Plug doubles the number of devices that can connect to an outlet, as well as providing HomeKit control over each. Normally $32.99, the two-pack is $26.39 on Amazon for Prime users.

If you don't need the expansion and just want control, the two-pack of the Smart Plug Mini is down from $25 at $20.79 on Amazon for Prime members.

If you want to get a bunch of smart switches for your smart home network, it's hard to go wrong than to pick up the Lutron Caseta Deluxe Smart Dimmer Switch Kit. Able to work with Alexa and Google Assistant, it also includes support for HomeKit.

The kit contains two dimmers meant to be mounted to the wall, along with wallplates to help improve the appearance on the wall itself. Unlike other switches, Lutron designed the dimmers so that they work without needing the neutral wire, so they will work in practically any home.

Also in the kit is the Lutron hub, for connecting the switches to the network. There are also a pair of Pico Remotes in the pack, allowing you to perform the same controls as the switch but away from the wall itself.

The kit costs $131.90 on Amazon, but the entire package is valued at over $200 if bought separately.

Lutron also offers the Caseta Smart Start Kit in a smaller package consisting of a Pico remote, an adapter for storing the Pico Remote in a wall as if it's a switch, and the Lutron Hub. That package costs $79.95 on Amazon

While many will consider using smart bulbs and smart plugs in their smart home setup, not everyone will think about the security of their home. Using a smart lock, you could lock and unlock a door using your iPhone.

The Level Lock Smart Lock Touch Edition provides keyless entry to a home by touching a keycard or their iPhone to the lock. You could also unlock the door using the dedicated app, or manually with a key. HomeKit support enables you to monitor and control the locks as well.

The entire setup is also compact, with it held within the door itself and not requiring bulky external boxes on the in-home side of the door. Normally $329, it is currently available for $233.18 on Amazon

A more value-conscious option is the Level Lock Smart Lock, which provides keyless entry over Bluetooth via an app, as well as with a key and through HomeKit. Normally $249, it's priced at $186.75 on Amazon

Lastly, the Level Bolt Smart Lock provides the same benefits as the Bluetooth-enabled version, but with the addition of it being an invisible upgrade to a door. Replacing an existing deadbolt, the lock can be used with an app to unlock the door, as well as through HomeKit, while also functioning as a standard deadbolt.

One of the best ways to use HomeKit is to manage the heating of your home, as you could instruct Siri to warm up the house, or cut the heating to cool it down, without needing to get up and to walk to the thermostat controls.

The Ecobee3 Lite can be controlled using an iOS or Android device, complete with HomeKit support. When used with appropriate sensors, including Ecobee's own and other HomeKit-supporting versions, the thermostat could automatically make changes, such as automatically turning on or off if a window or door is open, or based on the temperature of a different room.

According to Ecobee, this could help save up to 26% annually on a home's heating and cooling costs.

The Echobee SmartThermostat with Voice Control takes things further in that it can take commands for Siri and Alexa itself, without needing you to tell an Echo device or speaking to your iPhone or iPad. It also includes a SmartSensor to detect the presence of people in a room, further allowing it to fine-tune whether it needs to turn the heating on or off.

Usually $249, the Ecobee SmartThermostat with Voice Control costs $199 on Amazon.

For a limited time, Brilliant Home Technology is offering a pair of Smart Home Plugs valued at $29.99 each with the purchase of any one of the company's All-in-One Controllers.

The deal can be redeemed through Brilliant's Amazon store, with details surrounding the promotion available on this All-in-One Controller product page.