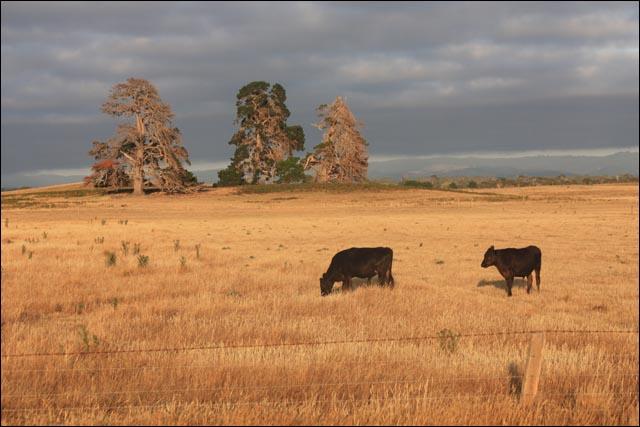 news An analysis of rural coverage following the announcement of the three-year rollout plan for the National Broadband Network has shown overwhelming demand for the infrastructure from a large number of rural and regional Australian communities, with many expressing disappointment that they had been left off the list for the NBN’s first few years.

The analysis was published earlier this week (we recommend you click here and read the full article) by telecommunications industry worker and blogger Michael Wyres. In a blog post, Wyres wrote that he had examined reports from a large number of local newspapers to determine what community attitudes in the regions were to the rollout, universally finding that local community representatives wanted the new infrastructure in their areas, and wanted it fast.

In the La Trobe Valley in Victoria, for example, Latrobe City’s chief executive reportedly praised the fact that some of the region had been included in the three-year rollout plan, but expressed criticism that the rollout would not affect residents of the town of Moe.

In Western Australia, the Esperance Chamber of Commerce reportedly told the ABC that its chief executive had written to Prime Minister Julia Gillard about the city missing out on the NBN in its first three years, saying: “With the isolation factor that Esperance has we genuinely thought that we would be announced. We have an NBN working group up and running, which is looking at developing an action plan to ensure this community can take full advantage of it.”

In Bendigo, the President of the Eaglehawk Secondary College Council wrote in to the Bendigo Advertiser to register her “dismay” about the decision to include Eaglehawk from the three-year rollout. “I urge all affected internet users to make their voices heard and bring all of Bendigo into the 21st century,” Barbara Peterson wrote. In Orange in NSW, an academic from Charles Sturt University complained about the city being left out of the three-year rollout, due to the negative impact it may have on establishing the university’s medical school in the area, saying: “I want to make sure whoever makes those doors in Canberra open understands that in terms of rolling it out in rural areas Orange would have a very strong case.”

In January 2011, NBN Co chief executive Mike Quigley said one of his company’s greatest problems at that point had been fighting would-be suitors off. Despite the differing political leadership of the various states, he said at the time, he didn’t expect that to be a problem. “We don’t expect the states in Australia to throw barriers up,” he said. “So far, what we’ve seen from most of the states is a keenness to get on and do the job. In fact, we’re lobbied very heavily by different shires all over the place, who want us to come there first. That’s the biggest issue we’ve got at the moment — people want us to get there sooner,” he said.

Over the past several years, there have been a number of misleading articles published in various segments of the media about the NBN. In December, the Australian Press Council expressed concern about the Daily Telegraph’s coverage of the Federal Government’s National Broadband Network project, backing a local critic’s complaint that three articles in a short period of time had contained “inaccurate or misleading assertions” about the NBN. Similarly, in March this year, another News Ltd publication, The Australian, published a correction to a story after it inaccurately alleged that a school in South Australia would have to pay $200,000 to connect to the NBN; in fact, the school will receive NBN access as part of the normal rollout.

Wyres wrote that his blog post highlighted “issues that the big metropolitan newspapers don’t give a damn about; issues that are presented without the political agendas of the Fairfax’s and News Limited’s of the world”. “No political “white elephant” rhetoric, or “biggest infrastructure project in Australia’s history” whining,” he added. “Just people calling out for what they really want for their suburbs and towns.”

All of the locations catalogued by Wyres will eventually receive NBN infrastructure, although some may be served through the project’s wireless aspect rather than the full fibre to the home experience. In addition, extremely remote areas in Australia will be able to receive substantially upgraded satellite speeds when the NBN’s dual satellites launch in several years’ time.The Coalition’s rival broadband solution has not yet been fully detailed yet, but it is not certain that such regions will receive broadband infrastructure under the plan. This week, Shadow Communications Minister Malcolm Turnbull said a Coalition Government would provide a system of subsidies to serve rural areas. 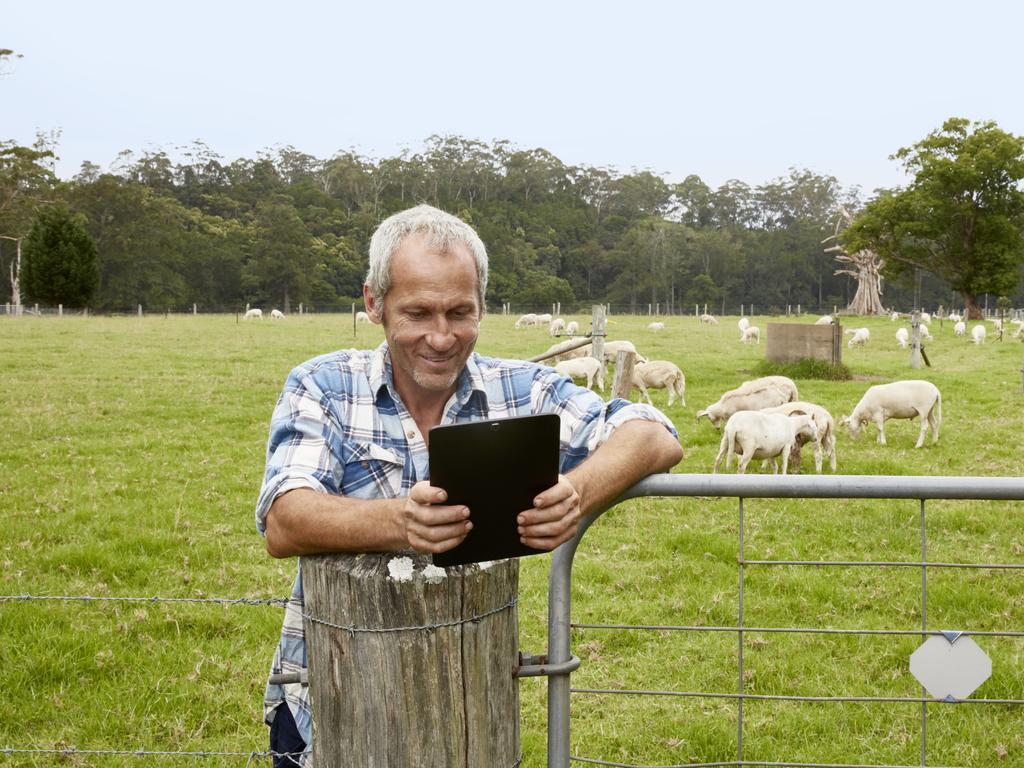 “… where because of geography it is not economic to provide broadband services at prices comparable to those available in the big cities, rather than an opaque cross-subsidisation bolstered by a monopoly, we will provide open and transparent subsidies to ensure regional and remote Australia gets equitable access to the digital economy,” Turnbull said in a landmark speech in Malaysia. “I note that if the Labor Government hadn’t cancelled the Howard Government’s OPEL scheme those remote and regional areas would have had upgraded broadband services in operation for several years now.”

opinion/analysisI have often said that the debate over Australia’s National Broadband Network should be based on evidence, not conjecture or speculation, and here we have a perfect example of this.

In this case, an independent blogger and industry veteran has looked at a dozen locations around Australia where a small, local debate about the NBN has been held in the pages of local newspapers, following the announcement of NBN Co’s three-year rollout plans. And in all of these cases, local representatives have praised the Government for rolling out infrastructure in their regions, while criticising it if areas have been missed out.

I also wish to point out that these results are consistent with polling figures which have consistently shown high levels of popular support for the NBN project. In February, for example, a poll released by research houses Essential Media and Your Source showed that the NBN policy has continued to enjoy strong levels of popularity, especially amongst Labor and Greens voters, since the last Federal Election.

The pair polled their audience with the following question: “From what you’ve heard, do you favour or oppose the planned National Broadband Network (NBN)”? The response displayed an enduring level of support for the NBN, with 56 percent of total respondents supporting the NBN in total, compared with 25 percent opposed and 19 percent stating that they didn’t know.

Just 10 percent of those polled strongly opposed the NBN, while 20 percent strongly favoured the project. Amongst Labor and Greens voters who responded to the poll, support was the strongest, with 80 percent and 77 percent supporting the initiative, 42 percent of Coalition voters supported it. Over the past 14 months since September 2010, Your Source has asked respondents the same question on three other occasions, with respondents displaying a very similar support rate for the project — ranging from 48 to 56 percent. Those opposing the project have ranged from 19 percent of respondents to 27 percent.

This data was largely echoed in April, when another similar poll showed support for the initiative continues to grow to record levels. According to the polling data, in total, 42 percent of respondents who identified themselves as Liberal or National voters stated that they were in favour of the NBN, while 40 percent in total opposed the project and the remaining 18 percent didn’t know. Of that 42 percent, eight percent were strongly in favour of the Labor plan, with 34 percent being in favour, and of the 40 percent against, 14 percent strongly opposed the NBN, with 26 percent opposing it. Amongst Labor and Greens voters, the numbers are much more strongly in favour of the NBN, with 80 percent of Labor voters and 68 percent of Greens voters for the plan, and with a much higher proportion of those polled being strongly in favour.

Now, I also have been a critic of the NBN on many fronts, and I think there are areas where the project could be handled better, such as the ACCC’s decision to set the number of points of interconnect with the NBN’s infrastructure quite high, when many organisations wanted a smaller number. In addition, there is still a strong debate about NBN Co’s wholesale pricing model. However, it seems clear that these issues can be addressed within the confines of the project as a whole.

Consequently, my question to the Coalition is: Why do you continue to oppose this project and slam it at every opportunity, when the evidence is consistently showing that Australians far and wide, in the bush and in the city, have read the arguments and want it to go ahead? The nation is speaking here. But I don’t feel like the Coalition is listening.