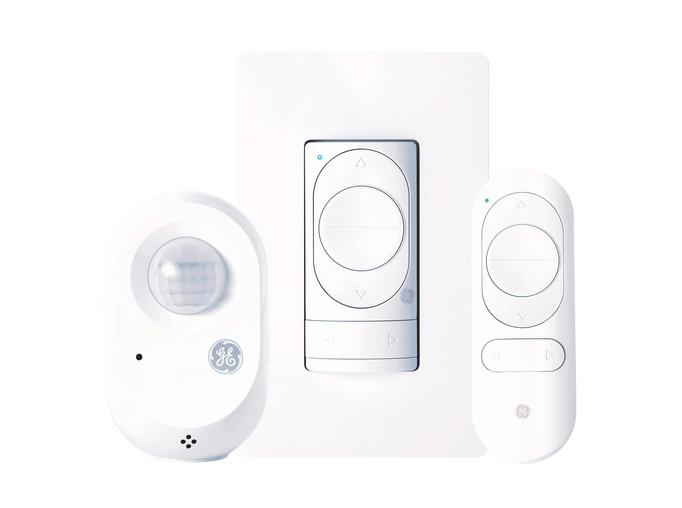 GE Lighting is introducing new smart lighting switches and dimmers to its C by GE line of connected products that do not require the use of a neutral wire. This allows the C by GE Hubless Three-Wire Smart Switch and Hubless Dimmer models to be installed in many more homes than most smart switches, including homes built before 1980. In addition, the new switches do not require a hub to connect to the internet or be used with the Google Assistant or Amazon Alexa. The smart switches will arrive in the first quarter for $39.99 and up, while the dimmers are due in the second quarter for $49.99 and up.

The vast majority of smart lighting switches and dimmers on the market require an extra wire in the junction box called a neutral wire, which is lacking on many older homes. This wire is used to control and regulate voltage and is necessary for many dimmers to work properly. Prior to GE’s new products, the only other smart switch and dimmers that didn’t need a neutral wire were from Lutron’s Caséta line of products.

Unlike the Caséta products, though, GE’s new switches and dimmers do not require a hub and can connect directly to a Wi-Fi network. They can work directly with Amazon’s Alexa or the Google Assistant voice assistants. (Apple HomeKit support does require the use of an additional hub.) They also have a built-in Bluetooth mesh radio for connecting to other C by GE devices. GE says it designed the switches to be smaller to better fit in the junction boxes of older homes and they will automatically determine which is the load wire and which is the line wire to make installation simpler for homeowners.

One of the problems that is mitigated by a neutral wire is ghosting or flashing from certain LED bulbs. To address this problem, GE is including an adapter in the box that screws into a lightbulb socket and balances the voltage across the circuit. This adapter doesn’t require additional wiring on the part of the homeowner. 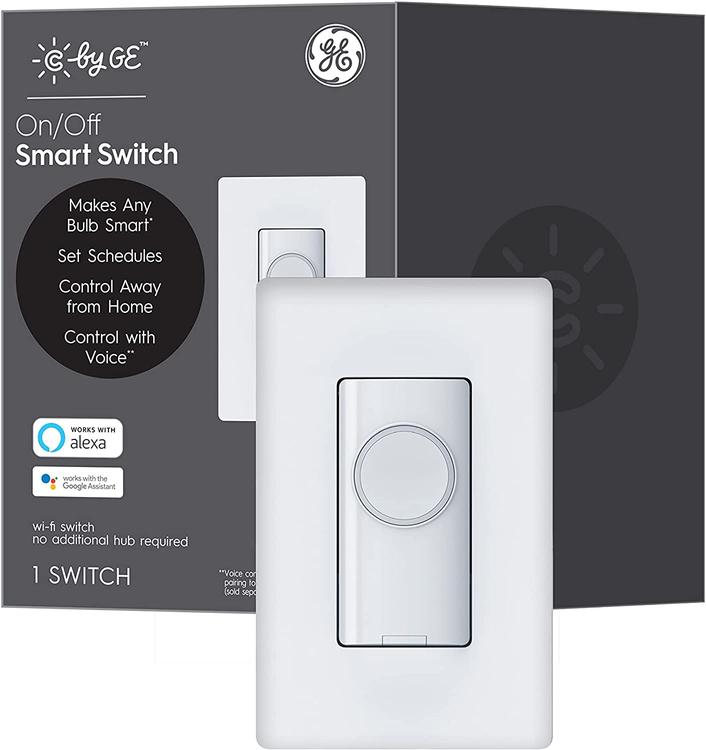 The new three-wire (line, load, and ground) switches will be available in three different designs — button, paddle, and toggle — to match whatever existing switches are already in the home. The dimmer will be available with or without a built-in motion detector. All of the new switches will be managed and controlled by the same C by GE app that the company’s existing four-wire (the ones that do have neutral wire support) switches and dimmers use.

In addition to the new smart switches and dimmers, GE is also announcing a line of battery-powered “wire-free” switches that can be mounted anywhere in the home and do not require any sort of wiring. These switches communicate with other C by GE lightbulbs and switches over Bluetooth and will last over two years on a coin cell battery. A wire-free motion detector and remote will also be available in the C by GE line. The wire-free devices start at $22.99 and will be available around the same time as the three-wire switches.

Overall, GE’s new smart lighting products should appeal to homeowners who have been shut out of smart switches because their homes have older wiring. The new wire-free products should also appeal to renters who aren’t able to easily install things that require wiring.

Vox Media has affiliate partnerships. These do not influence editorial content, though Vox Media may earn commissions for products purchased via affiliate links. For more information, seeour ethics policy.