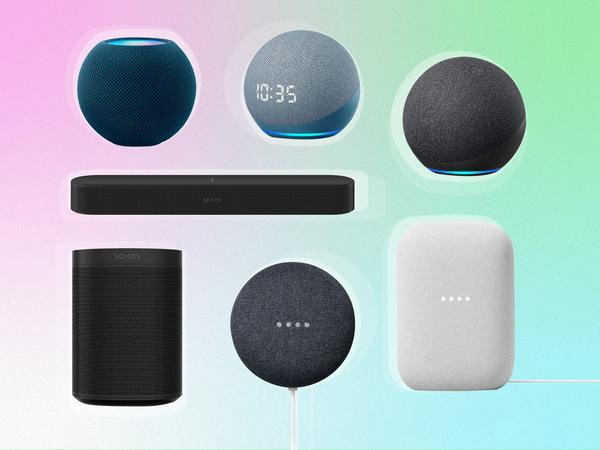 Now playing:Watch this: Google Home is catching up to the Amazon Echo1:05

The Google Home is at last starting to fulfill its potential in the smart home. With a dozen new companies announcing integrations with its platform, the search giant has dramatically increased what its smart speaker can do.

Starting today, for most of these new additions, you'll be able to give a voice command to the Google Assistant built into the Google Home smart speaker and control devices from these 12 companies:

It's the first major update to Google's smart speaker since it launched last November. Back then, the Home worked with four platforms: Nest, Philips Hue, SmartThings and IFTTT. As a result, the Home was well behind its chief competitor -- the Amazon Echo -- when it came to controlling the smart home. Since then, Google's new partner announcements have included a few at CES in January, as well as Belkin WeMo lighting products and Honeywell connected thermostats a few weeks after that.

This announcement doesn't quite even the playing field with Amazon, since Amazon's assistant Alexa now has more than 10,000 "skills" -- essentially third-party apps for voice control. Still, it's a big push in the right direction that includes many popular smart home products.

It also expands Google Home's abilities into new territory. Previously, the Google Assistant only worked with lights, plugs, switches, thermostats and recently robot vacuums. Today's announcement includes locks, sprinklers, an air conditioner, a sous vide cooker and even a professionally installed smart home system. It comes hot on the heels of the news that the Home is coming to the UK and Europe in April.

Google promised a push of this sort back in December of last year, when the company announced it'd be expanding Weave -- the language Google's devices use to speak to each other. Now, that promise is coming to fruition.

What we know about these new integrations

This is the first lock to work with Google Home. You'll be able to ask the Google assistant to lock your door or check on the status of the lock. Unlike with Alexa, you won't be able to ask Google to unlock your door. August has promised that feature for Google later this year. With Alexa, unlocking the door requires you to say a PIN code. We'll see what extra security measures August puts into place for the Google Home when the time comes.

For now, you can control both the first- and second-generation August locks with the Google Assistant as long as you also have the August Connect Wi-Fi Bridge. August now works with Alexa, Apple's HomeKit and Google Home.

Just like with Philips Hue bulbs, you'll now be able to turn your Lifx bulbs on or off, adjust their brightness and change their color with a voice command to the Home. Unlike Philips Hue, Lifx bulbs don't require a hub to connect to the internet. Install your bulbs, link your account in the Google Home app and give your command. Lifx bulbs also work with Alexa, and will soon work with HomeKit. 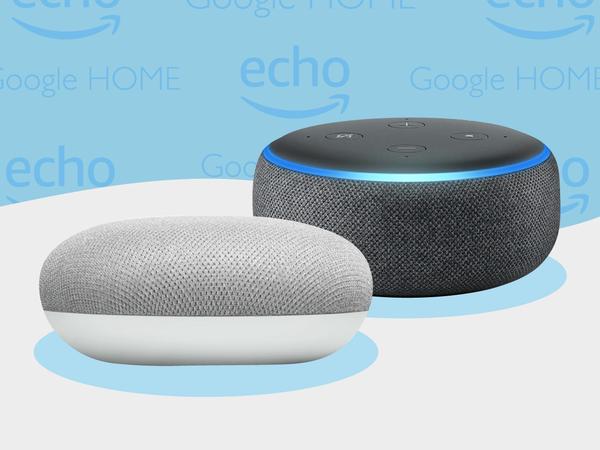 All Wink-compatible lighting products and thermostats will now work with the Google Home. Wink's lighting products include bulbs, switches, dimmers and outlets. Wink joins SmartThings as the second major smart home platform to work with Google. Wink currently works with Alexa as well, but not HomeKit.

Another new trick for the Google Home, you'll now be able to turn on your garden sprinklers with your voice. The Rachio Smart Sprinkler Controller connects to your home's Wi-Fi and monitors the weather to help you water more efficiently. Rachio can control up to 16 zones of in-ground sprinklers, and now you'll be able to command Google to turn those sprinklers on or off or set a weather delay. Rachio works with Alexa as well.

Expanding Google's repertoire of bulbs and switches, you'll be able to control any of TP-Link's lighting products with your voice as well. With TP-Link's bulbs, you can change the color, dim the bulbs and turn the lights on and off with your voice. TP-Link even specified the colors you can pick with a voice command: yellow, red, blue, purple, orange, green and pink. Like the rest of these partners so far, TP-Linkworks with Alexa.

Unlike the rest of the items on the list, you won't be able to take advantage of Vivint's new integration with the Google Home today -- it's due to launch in April. Vivint's also the only item on the list that is a professionally installed, whole-home smart system as opposed to individual do-it-yourself options.

Thanks to Vivint's customized setups, Google Home will be able to control types of gadgets not yet available on the DIY front -- including cameras, security systems and garage doors. Pick your package of choice for professional installation, and you'll be able to do the basics with Google's smart speaker as well -- such as controlling lights, locks and thermostats. Vivint offers similar capabilities through packages that include an Amazon Echo.

Plug your fan or lamp into the Best Buy Insignia Wi-Fi Smart Plug, and you'll be able to turn it on or off with your voice. As with the rest of Google Home's compatible smart plugs, Insignia also has an Alexa skill.

Perhaps making use of Google's existing ability to control the temp via a thermostat, the Frigidaire Cool Connect will let the Google Home keep your place cool. Using your voice, you'll be able to control the temperature settings on Frigidaire's smart air conditioner. You'll also be able to set the fan speed and ask Google about the Cool Connect's current settings. Frigidaire does have a skill enabling similar controls with Amazon's assistant Alexa.

With the Anova Precision Cooker Bluetooth + Wi-Fi, you can make your sous vide cooking even more high tech with the Google Home. Just like with Anova's Alexa skill, you can use your voice to set the temperature, check the status of your cooker and even search for recipes. Anova expects its Google Home integration to be ready by early next week.

Bringing even more smart lighting products to the table, you'll be able to control Geeni's smart switches and bulbs with Google Home, just like you can with Geeni's Alexa skill.

You could already control your TV to an extent with Google Home and Google's Chromecast. Logitech Harmony brings lots of extra talents to Google's digital entertainment repertoire. By creating activities in the Logitech app, you'll be able to tell Google to turn on Netflix, or switch to a specific channel. You'll need to start each command with "OK, Google, ask Harmony to..." though I'd expect Google and Logitech to offer more flexible and intuitive commands soon.

Logitech's compatible hubs -- the Harmony Hub, Harmony Companion and Harmony Elite-- also control a variety of third-party smart home devices, so you'll be able to dim the lights, turn on your speakers and launch the HBO app all with a customized command such as, "Hey, Google, ask Harmony to turn on movie time." Logitech has a similar set of skills you can enable with Amazon's Alexa.

Since all of Google's new partnerships are already tied to Alexa, Google's obviously still playing catch up. Today, though, Google took a sizable chunk out of Alexa's lead.

The Google Assistant built into the Home also responds to more flexible language than Amazon's Alexa. Because of that, and thanks to all of these new integrations, Google is already nipping at Amazon's heels in the smart home, despite the Echo's two-year head start.

Smart Home Matrix: Want to know what will work best with your smart home? Start here.

9 things Alexa can't yet do: Our wishlist of features Amazon needs to add to its smart assistant.