How to add smart lighting to your home the easy way 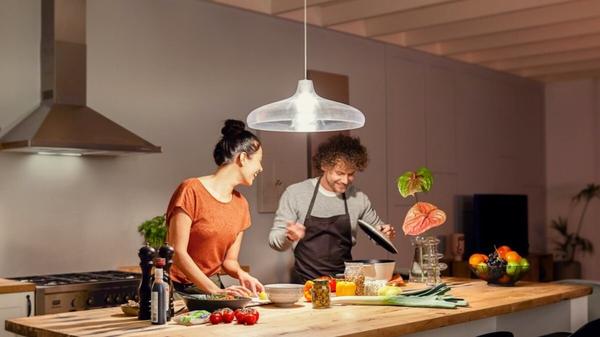 I’ll take you through picking the right smart devices, setting them up and controlling the gear. The good news is that you won’t need any tools or require any special knowledge to do the job. You will need the smart devices and a phone or tablet to connect to, configure, and control the devices.

The first, and one of the most important steps, is to select and purchase the right smart home devices. There are dozens of different products that range from familiar names like Belkin, Philips, and Leviton, to a flood of no-name brands. My advice is to pick a brand you know and avoid the names you’ve never seen before or can’t pronounce. That way, if something doesn’t go to plan, at least you’ll have their tech support for fall back on.

I chose GE Lighting’s C by GE Full Color Smart Bulbs and Indoor Smart Plug because they’re easy to set up and provide a lot of control. The bulbs ended up in a ceiling fixture, while the outlet was for controlling an auxiliary heater in a room my children play in (in the summer, I might plug in an oscillating fan). A dimming smart plug can control a lamp, but don’t use that type with small appliances.

There’s a name game going on here because the C by GE brand is now known as Cync, but you’ll find alot of GE Lighting product still on the market in boxes with the old name. Either way, the pair of lightbulbs and outlet arrived in separate boxes, but Amazon offers them together for about $60.

Happily, the bulbs use LED elements that lower the electricity usage compared to traditional incandescent bulbs, and they can also can last through up to 20,000 hours of use. That means it’s likely they will last nearly seven years even if used eight hours a day.

Since we’ll be using bulbs and a plug-in outlet, there’s no in-wall wiring to deal with. It’s neater, quicker, and easier, but there is a serious downside: if the circuit is controlled by a switch, it needs to remain in the on position for everything to work. Otherwise, the smart device will be deprived of power and all our work will be for naught. If you’d prefer to install a smart switch in the wall, the preceding link will take you to a TechHive article—and video—that shows you how.

There’s an easy fix: Switch guards that keep the light switch from being turned off. I like the snap-on covers that are installed by screwing included nubs onto the switch plate. The covers cost a few dollars each.

When choosing smart devices, bear in mind that there are three major ways that smart devices connect at home:

All is not lost because there are devices, like the Aeotec Smart Home Hub , that can act like a digital clearinghouse for smart devices. This way, a variety of smart equipment can talk to each otherand your phone, regardless of which protocol it uses. On the downside, it can add cost and complexity.

Finally, a word or two about safety. Make sure that what you buy has either the UL or CE logo to show it’s been tested. Plus, all that follows is for indoor equipment that will stay dry. If this were to be done in a shed (a damp location) or outdoors (a wet location), I would have needed to use specialty equipment that lowers the chances of the equipment getting wet and shorting out. We’ll explore the details for this type of installation in the near future.

Setting up the smart devices

With the gear and my Samsung Galaxy Note 20 in hand, it’s time to get started. I’m setting the gear up to light and provide supplemental heat for a playroom. As is so often the case, the first step is to get an app, install it and create an account. I did so with the Cync app.

Next, I climbed my ladder and screwed one of the smart bulbs into the room’s ceiling lighting fixture. It has two bases for standard A19 screw-in bulbs, but it’s easier to connect and configure them one at a time. 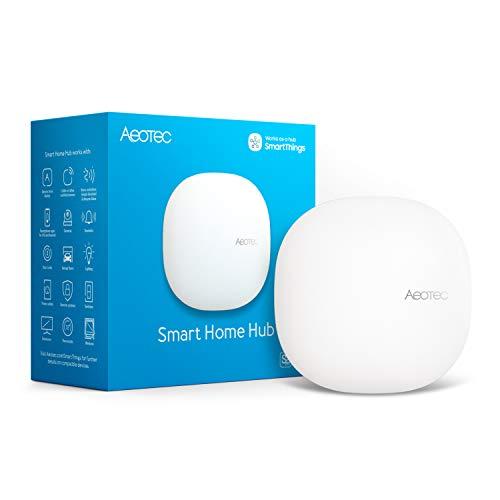 Because the app can control devices across multiple houses, I had to name my house. Just so there’s no confusion, I called it “Home.”

After passing on customizing the app’s background because all were equally ugly, I picked my smart device from the list that included Lights, Light Strips, Plugs, Cameras, and Wired Switches.

I turned on the phone’s location permission and tapped the Set Up button. This was followed by naming the bulb as “Ceiling Fixture A” (it will be followed by, you guessed it, “Ceiling Fixture B”). I named the room that the lightbulbs will live in as the “Kids’ Room.”

Then, I created a group. This will let me control the bulbs individually or together. No surprise, I called it “Ceiling Fixture.”

Nearly done, the app updated the bulb’s firmware, a vital process for keeping it secure. All told, it took about 10 minutes to set up the app and first bulb. I set up the second bulb in the same sequence.

With the lights set up, it’s time to install the outlet to control a space heater to help on the coldest days. My De’Longhi heater maxes out at 1,500 watts, while smart outlet is rated to handle 15 amps or 1,800 watts at 120 volts. If you use an appliance that has a higher power or current rating than your plug, you’re asking for trouble.

I started by inserting the smart plug into the wall outlet. Happily, it didn’t obstruct the outlet above. Older homes with two-prong outlets will need a grounded adapter with the grounding wire connected to the outlet’s switch plate screw. If you go that route, however, make sure that the electrical box is grounded. Insert one of the probes on a circuit tester into the “hot” slot (the shorter of the two) and touch the other probe to the screw. If the tester lights up, then the box is grounded.

The plug has a blue light to show its status and an on/off button. When plugged in for the first time, the light was blinking to show it’s ready. If the light was steady, I would have had to reset the outlet by pressing the button for 10 seconds.

Mirroring the light-bulb set up, from the Cync app, I picked Plugs from the list of device types. Then, I tapped Set Up and the app scanned for and found the plug. I named it “Plug Heater.”

Because the outlet uses Wi-Fi, the app scanned and found my home Wi-Fi network. I added my passcode and waited for it to connect to the network.

The app then asked what Group the plug should go into: “Kids’ Room” sounds right.

All told, this took about 10 minutes to set up.

The beauty of using smart lightbulbs and outlets is that I can now control the individual smart devices or turn them on or off as a group. The Cync app is the center of attention, but it can also link with Alexa or the Google Assistant voice systems; more on that later.

The app showed all the devices under its control, and it was easy to turn the lights on and off with the switch in the upper right. I’m able to dim the lights with a horizontal slider, but the plug is an on/off affair. For controlling a lamp, consider installing a dimmable smart plug.

There’s another trick that theses bulbs can do: change the color and quality of the light. By tapping the arrowhead on the right-hand side of the interface, two colored circles popped out. The left one let me pick any color of the spectrum from the circular slider control. I chose purple, a good color for a child’s story time.

When it’s time to return to the real world, I tapped the circle on the right to pick from seven different light qualities, including Warm White, Early Morning, and Sunlight. The warm Early Morning setting worked for me.

But I want to go beyond tapping the app to being able to tell the lights and outlet what to do using my Amazon Echo smart speakers. In the Cync app, I tapped Settings and Voice. At this point, I picked Alexa over Google Home Assistant (they’re equally good, so pick whichever matches the hardware you have.

After signing into my Amazon/Alexa account I needed to select my Profile and allow access to my contacts. I spent a minute training Alexa by saying things like, “Alexa, play music.”

Now, not only are the room’s smart devices just a tap away, but a voice command away as well.