How to Make Your Dumb Window Air Conditioner Smart 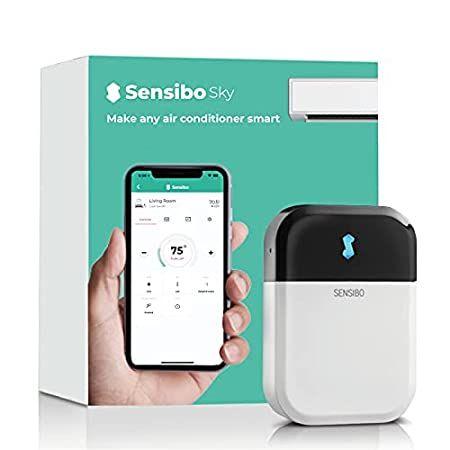 Window A/C units are critical in homes without central air conditioning. But turning every unit on and off is a pain, and smart air conditioners are expensive. With a smart plug, you can make many A/C units smart.

Why Make a Window A/C Smart?

Window air conditioners are expensive, often ranging from $200 to $500. They do make up for that cost by lasting a long time—it’s not uncommon to see them work for five to ten years. The best way to cool several rooms in a home is to buy multiple units, one for each room. But that leaves you running from room to room to turn them on when you get home. Later, you’re running around to turn them off to save electricity. And when you come home, your home may be hot until you turn your air conditioners on and they have a chance to cool things down. But you may not want to run them all day if you’re away from home.

Some newer A/C units have Wi-Fi options for voice and remote control, but buying an entirely new air conditioner for that feature doesn’t make sense if the old one otherwise works fine and is energy efficient. So the next best thing is to make your dumb A/C smart by adding a smart plug. With a smart plug, you use an app or voice control to turn on and off any air conditioner in the house or apartment. And you can power them on remotely when you’re on the way home, so your home is cool when you arrive.

RELATEDWhat Is a Smart Plug?

Smart plugs are inexpensive, ranging from $15 to $30, and can be ZigBee, Z-Wave, Wi-Fi, or Bluetooth based. Most work with either Alexa or Google Assistant, and you can easily control them from your phone. The best use for smart plugs is voice control and automation, but it’s possible to save money too. But, not every A/C unit is compatible with smart switches, so the first thing you should do is check if yours will work with smart plugs.

Smart plugs are great gadgets that work on simple principles. First, plug a device—like a lamp or coffee maker—into the smart plug. Plug the smart plug into the electrical outlet. Now, you can program and control the plug with its smartphone app.

But that same simple principle of cutting and restoring power limits smart plug capabilities. Not all appliances will work with a smart plug because some use an electrical switch. Electrical switches store the current state of on and off on a circuit board, and that memory is lost when power is lost. Mechanical switches let power through based on their physical state, just like a standard light switch. 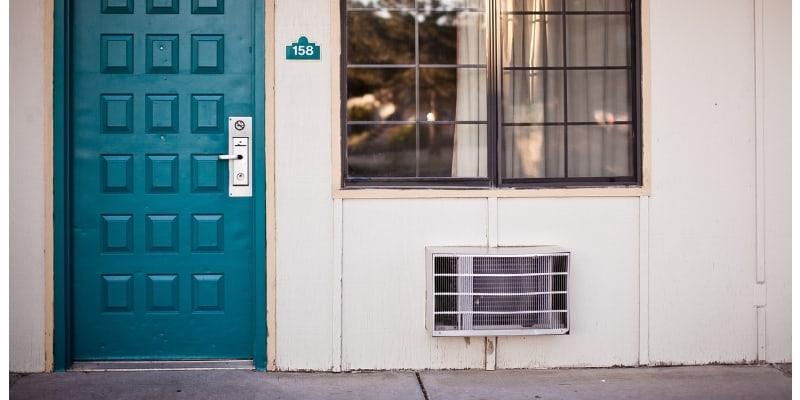 The first thing you want to do before buying a smart plug for your window A/C is to examine the power buttons. Is it a soft push button with an LED display? Or a mechanical switch that flips into different positions for on and off such a toggle or dial?

If it’s a soft push button, the unit likely won’t work with a smart plug. If it’s a mechanical switch, then you can make it smart. If you still aren’t sure, there’s a simple test to check. Turn your A/C unit on then unplug it. Wait five seconds, then plug it back in. If your A/C unit turned on without you pressing any buttons, then it will work with a smart switch.

Once you’ve determined your air conditioner does work with smart plugs, it’s time to purchase some. We have several recommendations for smart plugs, and if you don’t have a hub, you should consider one based Wi-Fi. A slim Smart Plug, like the eufy Smart Plug Mini, may fit your space best if your A/C unit’s plug is large and unwieldy.

How to Set Up Your A/C With Your Smart Plug

Once you have your smart plug, getting everything ready is a straight forward process. If you haven’t already, install your window A/C unit as usual. Plug it into your smart plug, and that into the wall. Then download and install the smart plug’s app.

The setup process for the app and smart plug will vary depending on your smart plugs. Here are guides for the Kasa, eufy, and Belkin smart plugs. It’s just setting up a smart plug with any other device, and if you’ve done this before you should already know what to do.

Once you have the smart plug set up, you may want to integrate it with Google Assistant or Alexa.

When you connect a smart plug with a voice assistant, think through the name you give each plug and don’t forget to add them to a group or room. That will make controlling them even easier.

Once you’ve finished connecting them to a voice assistant, you can create a routine to automatically turn your A/C unit on and off during certain times of the day or night. We recommend doing this through the Google Home or Alexa app and not the smart plug app. If you follow that advice with all your devices, then you’ll always know which app to go to when you need to adjust a routine. It’s more convenient than trying to remember to use the Kasa app for smart plug timers, but the Philips Hue app for lights, and so on.

Smart plugs aren’t a perfect automation solution. You can’t adjust temperature or speed, for instance. And if your A/C unit is old enough it wastes electricity or doesn’t cool a room anymore; you should consider replacing it instead of buying a smart plug. But if your window air conditioner works fine and isn’t too hard on electricity, and all you need is on and off capability, then smart plugs are a great way to add voice and remote control, along with automation, for less money than buying a smart air conditioner.

You can use this same trick to make other appliances smart, too. You could even set up some “smart” fans to keep your home cool without running the air conditioning.

RELATED:Not All Appliances Work with Smart Outlets. Here's How to Know