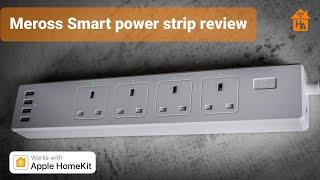 In what has to be a bit of a record now, with Meross news hitting our desks for three times in just two days, it seems that Meross have not one, but two HomeKit compatible power strips coming soon, both of which use the Type G plug/sockets. You may or may not be aware, but Type G plugs and sockets are the ones used in the UK, Hong Kong, Malaysia, and many other countries. The power strips are available in either a 4-socket/4-USB port option, which is one more socket than the current UK (non-HomeKit) model available on Amazon.co.uk and a new 6-socket(!)/4-USB port option, also available in a non-HomeKit version at present.

Both products have surfaced on the company’s Hong Kong website, so it’s not entirely clear whether the 6 outlet version is destined for other regions, but given Meross’ track record of churning out HomeKit compatible products at an alarmingly fast rate recently, it wouldn’t surprise us if these do make it to other countries that use the Type G plug, including the UK and Eire. A 4-outlet version is available now on amazon.co.uk, however.

As it stands, these are available for pre-order via their aforementioned Hong Kong website, and whilst there’s little in the way of specifications for 6 outlet model, the identical, non-HomeKit version has the following specs; 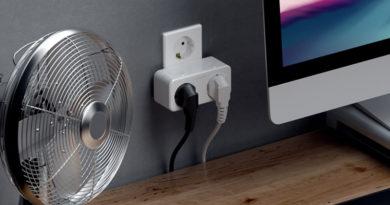 Both strips have energy monitoring, but only via the Meross app, as expected. As well as having HomeKit compatibility, the new power strips will also work with Amazon Alexa, Google Assistant, SmartThings, and IFTTT. The price for the four and six socket strips is HK$468.00 and HK$668.00 respectively, which translates to roughly UK£47.00 and UK£67.00, although the price for the UK 4-outlet strip is listed on amazon as UK£41.99, but with the addition of a 15% off coupon, that brings the price down to under UK£38.00.

Whilst Meross don’t have too many smart devices for the UK market at present, they are one of the few companies to provide anything at all, which includes two variants of wired switches, a dual outdoor plug, and an indoor smart plug that we reviewed a couple of months back.

Thanks to Bing FengbYeh for the heads up.