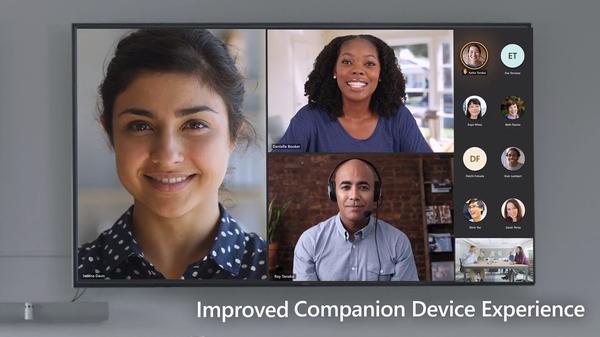 Today, Microsoft is announcing a handful of new hybrid work features across Microsoft 365. As you might expect, Microsoft Teams is the biggest focus of the new features, and it’s getting new features including real-time language interpretation, speaker coach, and more. There’s a mix of brand-new features being announced today and previously-announced features that are now available or coming soon.

Starting with Teams, the new language interpretation feature is about what you might expect. During a Teams meeting, organizers can assign interpreters from the participant list, up to a total of 16 target and source language combinations. Interpreters can translate the speaker in real-time to a given target language, and attendees can listen to their preferred language with the original audio at a lower volume in the background. This will be available in the second quarter of 2022.

Another big new feature in Microsoft Teams is speaker coach, which seems to be building off of presenter coach in PowerPoint. When hosting a presentation in Teams, speaker coach can warn the speaker about their pace, let them know if they’re interrupting someone else, or remind them to check with their audience to see if they’re following along.

For hybrid meetings, where some users participate remotely and others are in a meeting room, Microsoft Teams Rooms also has some improvements in tow. Soon, if you’re in a meeting room and you connect to the meeting using your personal device, Teams will ask you if you’d rather turn the video on from your laptop, instead of using the camera provided in the meeting room. Teams is smart enough to remove your video feed from the Teams Rooms display and also from the view of anyone else who’s using their personal device in the same physical meeting room. On that note, Microsoft noted that the new front row feature for Teams Rooms devices is now available in preview after being announced last year. 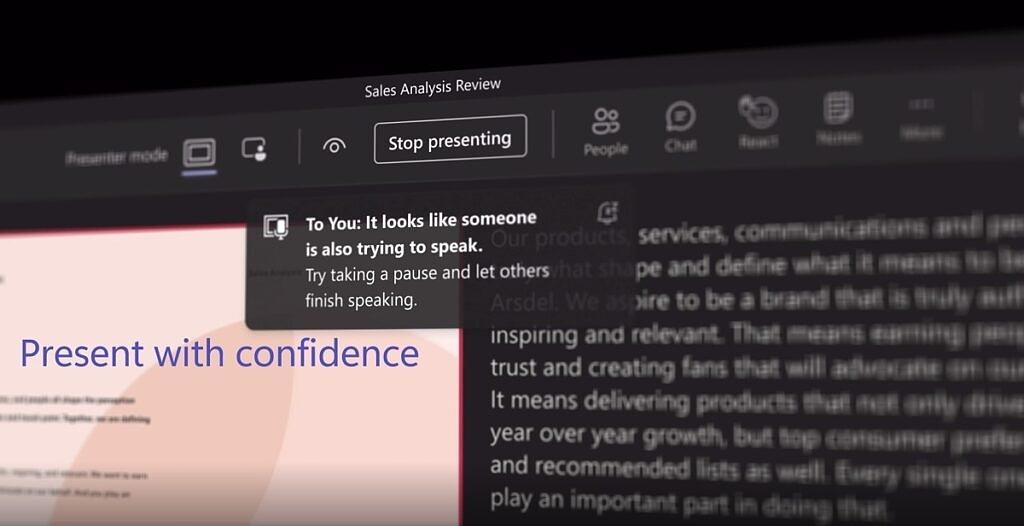 Still on the topic of Teams, Microsoft announced that Teams Connect shared channels will be rolling out in preview at the end of March, allowing different organizations to collaborate more closely. For Teams Phone, Microsoft also announced Operator Connect Mobile, a feature that lets users have a single phone number regardless of whether they’re in the office or on your phone across all your devices. This will enter preview next month. Finally, the new Whiteboard experience and the Fluent 3D emoji are also now available in Teams.

Moving on to the rest of Microsoft 365, Outlook mail is getting the first taste of Loop components. If you don’t remember, Loop components are editable pieces of information – tables, lists, and so on – which can be shared across Microsoft 365 and update in real-time across all the places where they’re available. Loop components first debuted in Teams chats, but now you’ll be able to see and edit them in Outlook, too. You can try these now if you join the Office Insider program. Meanwhile, Outlook calendar is getting the ability to RSVP to a meeting and indicate whether you’ll be attending in person or remotely, so it’s easier to plan meeting rooms. This will be available in the second quarter of 2022.

PowerPoint is getting a smaller update that merges two previously existing features: Cameo and recording studio. Cameo is the feature that made it possible to present a PowerPoint slideshow while displaying your camera feed on top of the presentation to increase engagement. Meanwhile, recording studio allows you to record your presentations and share them with others so they can watch them whenever they want. The updated experience makes it possible to record your presentations and then share the recorded presentation on Teams, even without attending the meeting, This feature is also coming in the second quarter of 2022.

Finally, there’s an update to the Viva Insights app in Teams with a new “inspiration library”. Featuring content from Harvard Business Review, Thrive, and Microsoft, this section will include guides, tips, and recommendations to help employees in different aspects of their work life. This will be available in preview this month, and it’ll be generally available in 11 languages by the end of April.

All of this comes in response to Microsoft’s Work Trend Index, which provides all sorts of insights into how today’s workforce is structured. Microsoft found that many employees are still considering a hybrid work lifestyle, which is why it keeps investing in these features to make that easier. Microsoft also announced that these features for Teams, Whiteboard, and so on are coming to the Surface Hub 2S alongside the new Surface Hub 2 Camera. On April 5th, Microsoft will announce new Windows 11 features focused on hybrid work, too.