The Netatmo Smart Video Doorbell is now easier than ever to instal, thanks to a duo of new power options.

The French smart home brand has announced the availability of both a plug-in and an in-wall transformer, meaning that people without a wired chime doorbell can install the Smart Video Doorbell.

The plug in option is obviously the more simple solution, you'd either use an outdoor power socket or drill a hole through the wall to pass a wire through.

The in-wall one is a bit more involved, but allows for a powered solution without messy wires or a plug on show.

The Netatmo Smart Video Doorbell is a rival to the likes of Nest Hello and the Arlo Video Doorbell and like those smart video doorbells, was originally just a wired doorbell offering, compatible with most electrical installations, from 8-24 volts up to 230 volts. There's an online tool if you want to check if your current setup would be compatible.

You can still purchase that option, but there are also now boxed transformer packs with the doorbell and your chose power option. 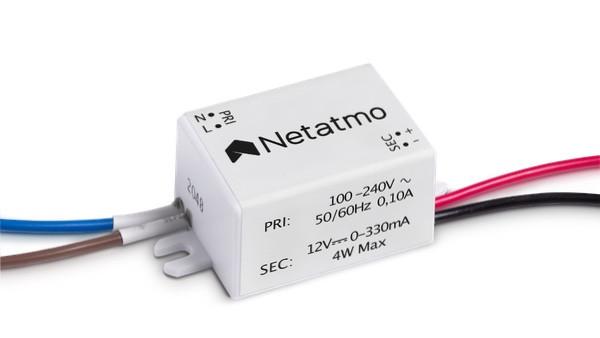 When it was first announced - over 3 years ago now at CES 2019 - the Netatmo Smart Video Doorbell had the honor of being the first HomeKit compatible doorbell but in the year that have passed, the likes of the Yobi Video B3 and the Robin ProLine have gone live; the latter boasting full HomeKit Secure Video features, as well.

However, Netatmo's offering is still an attractive option for HomeKit enthusiasts, even if the price-tag is on the high-side for a video doorbell.

Netatmo's video doorbell can be controlled via the Home app or using Siri - you can ask Apple's assistant to show you who's at your door. You'll be able to see a live video feed on your phone if someone comes ringing, while the doorbell will send you an alert if it detects people loitering around your home.

HomeKit compatibility also means that users can create custom scenarios to connect their Doorbell to other smart home device. For example, you could have a HomeKit automation set for when the Smart Video Doorbell detects a person and the outdoor lights switch on to deter a potential intruder.

The weatherproof doorbell has a 1080p Full HD camera with a 140-degree wide angle lens, so you should get a decent picture out of it. The HDR function also adjusts to lighting, and Netatmo says you'll be able to see faces clearly even with bright sunlight behind them. And at night, there's infrared vision.

The lack of a subscription plan will also be music to many people's ears. Everything is in the box, and all footage is stored locally on an internal microSD card. Alternatively this can all be transferred to a Dropbox account or FTP server (Netatmo promises end-to-end encryption).

Aside from the new transformers, the Netatmo Smart Video Doorbell has also been updated with a few new tricks including a sound that doorbell pushers can hear, the option to temporarily disable the doorbell chime and an Improved AI.

The new transformers are available now direct from Netatmo.