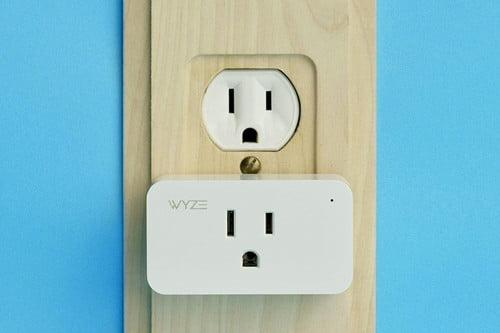 There are more devices that are smart these days than those that don’t have an Internet of Things (IoT) designation. From heavy-duty appliances like refrigerators and dishwashers to smaller items like thermostats and door locks, these web-connected gadgets will often connect to your Wi-Fi without the need of a hub. They are designed to have companion mobile apps that let you manage and customize your equipment. But what about all the electronic appliances you have thataren’t smart? That’s where a smart plug comes in handy.

As the name suggests, smart plugs connect directly to an existing electrical outlet in your home, allowing you to automate whatever powered hardware you line into the plug. Ideal for “smartening up” gear like coffee makers, slow cookers, desk lamps, fans, and dehumidifiers, many of the best smart plugs have apps that allow you to create custom schedules to power on/off devices and energy-monitoring features for keeping tabs on your home’s electricity consumption.

Best of all, many smart plugs can be controlled with popular voice assistants like Google Assistant, Alexa, and Siri. If your home is predominately made up of Google Home smart devices, we’ve put together this roundup to highlight all of the best smart plugs you can seamlessly add into your Google ecosystem for expanded smart controls.

TP-Link’s impressive suite of smart home gear continues to dominate the smart tech market, and this incredible, double-sided smart plug is no exception. The two-outlet Kasa Smart Plug is the perfect addition to any Google Home ecosystem, offering voice assistant compatibility for Google Assistant, Alexa, and Microsoft Cortana. Once you connect the plug to your Wi-Fi, you can use voice commands to power either one plug at a time or both together, set timers, and more.

With the Kasa Smart app, you can add more customizations by creating on/off schedules for one or both of your plugs. You can even create personalized scenes that allow you to regulate more than one Kasa Smart Plug with a single command.

While it’s a bit on the bulky side, which may pose an issue for electrical outlets that already have a socket taken up, the two-outlet Kasa Smart Plug is an easy way to add even more optimization to your Google Home lineup.

The EZVIZ T30 plug is a compact solution for turning devices on or off on command or on a schedule. One of the best parts about the plug is how compact it is. While many smart plugs take up two or more spots in a wall or power strip, the EZVIZ T30 only takes up a single space. That’s incredibly important when you have a limited amount of space. 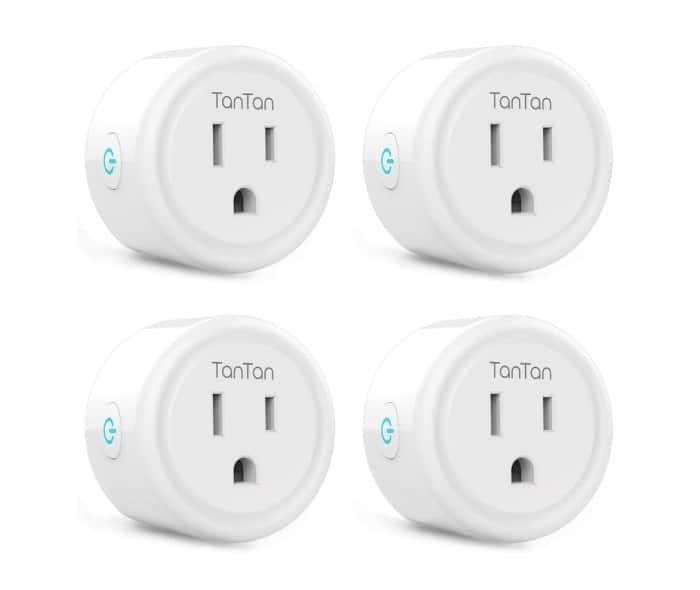 The device operates in three different ways. You can download and install the free EZVIZ app on iOS or Android. Once you pair the plug with the app, you can then tie your EZVIZ account to Google Assistant. From there, it’s a simple “OK Google. Turn on my office light.” If you don’t want to open the app, and you don’t have Google Assistant handy, there’s an easy-to-reach button on the side of the plug that will turn it on and off.

The app also allows you to set timers and countdowns to turn off after a designated amount of time. Plus, the EZVIZ app can notify you if the plug goes offline and it can turn itself back on after an unexpected power loss. That’s the kind of smart implementation you can expect from a company called EZVIZ.

Eufy, a smart home subsidiary of Anker, is another mighty force when it comes to the IoT devices in your home. For those looking to add a Google Home-friendly smart plug to the mix without breaking the bank, the Eufy Smart Plug Mini is a more-than-worthy contender.

Capable of being controlled with both Google Assistant and Alexa voice commands, you’ll love being able to tell your smart hub of choice to power on/off whatever equipment is connected to the plug. Where other smart plug brands may necessitate a hub for pairing to your network, the Smart Plug Mini can be connected directly to your Wi-Fi — no bulky hub required.

We also dig it’s compact design that keeps the second electrical outlet free, so you can add asecond Eufy Smart Plug Mini. Beyond voice commands, you can use the EufyHome app (for iOS and Android devices) to create custom schedules for your plugs to follow. You’ll also find an energy monitoring widget for monitoring how much juice your components are using.

Wyze is a reliable brand when it comes to shopping for a smart home on a budget. For those seeking a Google Home-friendly smart plug that won’t break the bank, the Wyze Smart Plug is a good option to consider.

If you’re carrying a load of laundry up from the basement and need to fire up the table lamp that’s plugged into your Wyze, simply say, “OK Google, turn on living room,” and watch the smart plug kick on the bulb, illuminating your laundry-laden pilgrimage. And guess what? If you buy more than one Wyze plug (they’re often sold in multi-packs), you can group them all under one name in the Wyze companion app, allowing you to remotely power on/off several items at once.

We also love the built-in Vacation Mode that you can toggle on/off when you plan on getting away for a while. When enabled, this feature will turn the plug on/off at random, creating the illusion that someone is home. The app also features scheduling customizations and indicators for how long your outlets have been powered on. While you won’t get the more advanced suite of energy-monitoring functions that higher-priced plugs offer, the Wyze Smart Plug is a superb budget buy that we strongly recommend.

When it comes to setting the mood outside, the Treatlife Outdoor Dimmer Plug can turn your run-of-the-mill string lights into an interactive, luminous patio wonderland. Compatible with both Google Assistant and Alexa, one of the best features of the Treatlife plug is its dimming capability. Say you plug a strand of LED string lights or other outdoor bulbs into the smart plug. Simply say, “OK Google, set my lights to 60%,” and your voice assistant will adjust the brightness of the bulbs automatically to match your request.

You can also adjust dimming preferences and create custom schedules and plug groups with the Treatlife app. Digging deeper, the app also includes a Vacation Mode for randomized light powering and an automatic sunrise/sunset mode that automatically throws the lights on when nightfall hits and shuts them off when the sun rises the next morning.

While intuitive and perfect for outdoor lighting, it may be difficult for some smart homes to easily use voice commands, as most users will have their Treatlife Outdoor Dimmer Plug outside and smart hub inside. That being said, as long as you have your mobile device of choice nearby, you can always use the Treatlife app (or Google Home app) to fuss with your outlet controls instead.

When it comes to robust energy monitoring for a Google Home household, look no further than the ConnectSense Smart Plug2. Featuring two outlets that you can automate together and separately, the ConnectSense app (for iOS and Android devices) offers an in-depth look at how much energy your at-home electronics use. View this information in real time to make informed decisions on how to best regulate your home’s electricity.

In addition to Google Assistant, the ConnectSense also supports voice commands and controls from both Alexa and Apple HomeKit. Simply walk into the room where your plug lives and say, “OK Google, turn on the TV,” and it will power on your connected 55-inch TCL.

With no hub required and a handy USB port built into the plug for charging your mobile tech, the ConnectSense Smart Plug 2 offers plenty of features for a decent price. However, some may find the bulky design a bit intrusive.