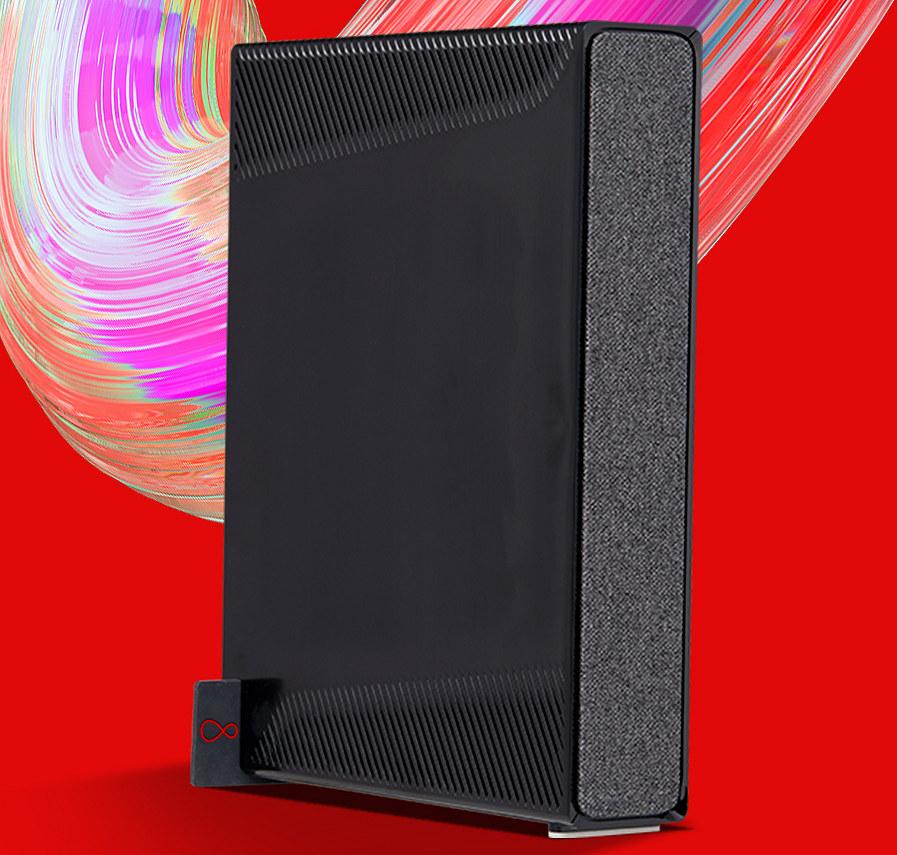 Word of the new router in town leaked out yesterday after a number of Virgin Media’s customers, including those with the older Hub 3 (TG2492S/CE) units, were invited to upgrade to a Hub 5 “at no extra cost” (here). The customer emails came as somewhat of a surprise because the operator’s DOCSIS 3.1 supporting Hub 4 (TG3492LG-VMB) router had only launched fairly recently – in 2019 – to support their latest gigabit packages.

Nevertheless, many had been expecting a new DOCSIS 3.1 router to launch at some point, particularly given the operator’s recent 2.2Gbps speed trials (here), and now it has come to pass. Unlike the Hub 4, the new Hub 5 is made from 100% post-consumer recycled plastic and adds WiFi 6 technology to help “boost network efficiency and connected devices’ battery life“.

As part of a phased roll-out, Virgin Media will offer the Hub 5 to existing customers first at no extra cost. As per yesterday’s news, eligible customers are already being contacted via an invite-only style campaign (so far this seems to include those with older Hub 3 routers) and given the option of upgrading ahead of a wider launch in 2022.

At the time of writing, we’re still trying to get details on the full spec sheet and model code. But so far the operator has confirmed that the new Hub 5 adds Wi-Fi 6 (802.11ax), WPA3 encryption, 1 x 2.5Gbps LAN port and 3 x 1Gbps LAN ports. On the back you’ll also find a WPS button, 2 x phone ports, 1 x power connector + button and 1 x coax connector,

“At Virgin Media O2 we don’t stand still and are constantly working to give our customers the latest and most innovative technology to suit their digital needs now and in the future.

We are excited to give our existing customers first access to the Hub 5, powered by WiFi 6 technology, which will provide even faster WiFi speeds and help unleash the full potential of new devices from next-gen games consoles to the newest smartphones in their homes.”

Aside from the obvious improvements to WiFi coverage and performance, one other benefit that customers might see when replacing an older Hub with the Hub 5 is in areas that suffer from high utilisations (i.e. where local lines are being heavily used / congested). Both the Hub 4 and 5 can bond more channels together than earlier kit, which can help to tackle such issues (provided VMO2 supports such a change in your area). 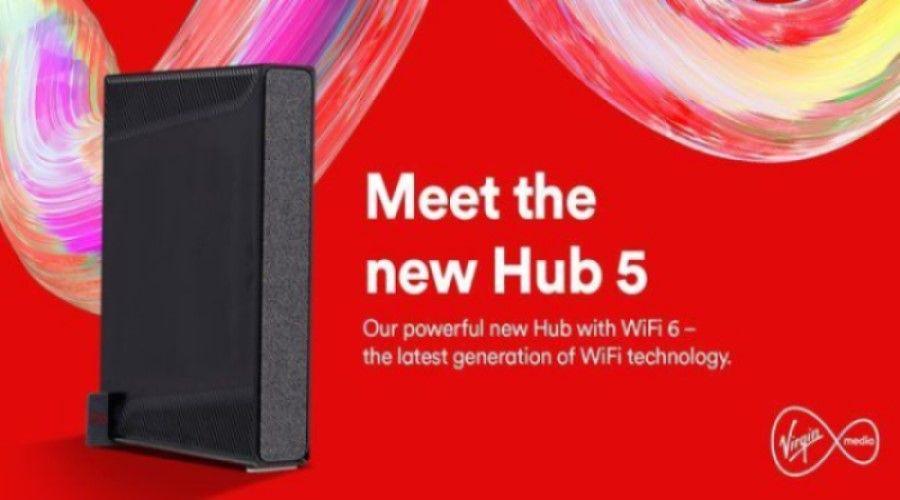 Check out the back (read) side view below.

We’ve had a few more details through, which happily confirms that the new device is not using the Intel Puma chipset, but rather a Broadcom chip. Many will be very pleased to see that.

Some readers have been asking us whether modem-only mode is supported on the new Hub 5, and we’ve been told that it does. After a router restart, the customer needs to use the IP 192.168.100.1 to access the Hub’s interface, which is different to the 192.168.0.1 used in normal mode.

Some of our readers have started to receive the new Hub 5, and it is reported to have a model code of F3896LG-VMB, with the manufacturer being listed as Sagemcom. We note that Sagemcom do make a DOCSIS 3.1 compatible router called the Sagemcom F@st 3896, but some specs don’t quite match (e.g. the 3896 has a 4×4 setup on 2.4GHz WiFi, while VMO2 states 3×3 for that band). More details of the original device.