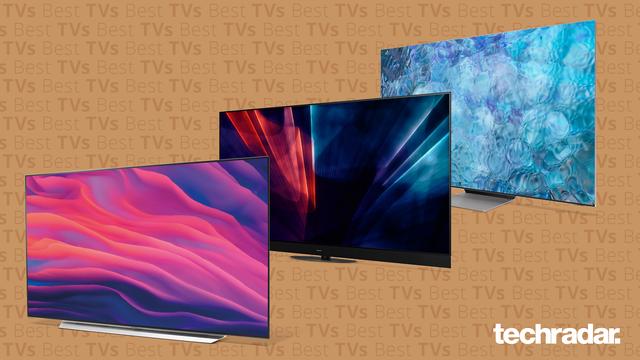 A smart TV is an internet-connected television that offers a range of online features, such as on-demand content from apps like BBC iPlayer, ITV Hub and All 4, access to streaming services like Netflix, and the ability to connect to other wireless devices like smartphones.

Most TVs are smart, so there are plenty of models to choose from.

High-end TVs, as well as some mid and low-end ones, now support voice control and the latest models from LG, Samsung and Sony now let you search for content on your TV. Some TVs even double as smart hubs, giving you control over smart bulbs, thermostats and other devices.

In this guide, we'll explain what you get with smart TV, show you some of the best internet TVs and tell you more about the smart features available from each brands. We'll also show you how to stay secure and protect your privacy while using a smart TV.

Just want to see great smart TVs? We've got hundreds of expertly-tested models to suit all needs and budgets in our TV reviews.

Smart TV: what are the benefits?

The vast majority of modern televisions now have 'smart' capability, with only a handful ofTVs releasing without access to smart features. You don't need to connect a smart TV to the internet to just watch regular television, but if you do go online there are various benefits, including:

TVs losing access to catch-up apps many of us use every week can be enormously frustrating. Use our guide on what to do if you've lost access to streaming apps to try and get them back.

"If you want to stream video on your smart TV, it's best to go for an unlimited broadband package to avoid any excess data charges."

Smart TVs are available from all the major manufacturers – including LG, Panasonic, Samsung, and Sony – but each has its own strengths and weaknesses.

Samsung's Tizen smart TV platform has evolved since its launch in 2015 into one of the best around. That said, while the other major TV brands have incorporated services such as Freeview Play (handy smart electronic programme guides with catch-up TV built-in) Samsung hasn't gone with the crowd.

We've found Samsung's smart-TV platform to be easy to use, although getting around is a bit more of a challenge on TVs with just the standard remote. More expensive Samsung TVs come with a voice-control remote – this has been dubbed the 'One Remote' for the latest models. While it lacks a motion-sensitive on-screen pointer that we see from other manufacturers, the One Remote can control compatible devices that are attached to the TV, such as sound bars and Blu-ray players, making it a sort of universal remote

In 2019, Samsung incorporated its SmartThings software. This smart home tech gives you control of smart devices, such as light bulbs and thermostats from your TV. Bixby, Samsung's answer to Amazon Alexa and Google Assistant, is now the default for voice commands on Samsung's TVs. The advanced features Bixby brings, includes searching for movies and TV shows starring specific actors, checking the weather and answering questions.

You'll now find Universal Guide software included in Tizen, which is a recommendations tool that flags shows and films it think you'll like based on what you've watched and your favourite genres.

LG's smart TV platform is called webOS. Models released before 2021 have a 'launcher' bar at the bottom of the screen that allows you to quickly jump into things like the TV guide, apps or the web browser. You can customise the launcher with your favourite services by dragging and dropping them into the order you want. 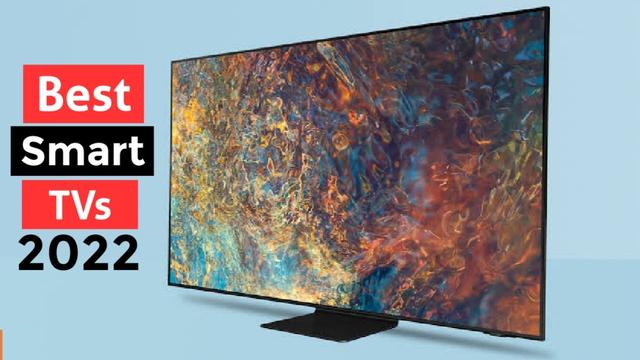 Models released in 2021 and beyond have a more traditional homescreen with rows of apps, previews and quick links to shows you've been watching. This should cut down on the number of clicks it takes to get to the shows and films you want to see.

Unlike Samsung TVs, most LG models (with the exception of many 2020 TVs) also benefit from Freeview Play. This software combines catch-up TV features with the electronic programme guide, so you can see what shows are coming up and what you might've missed from one menu.

Just like Samsung, LG offers two types of remote control – a standard version and one known as the 'Magic' remote, with a moveable cursor on screen for clicking on apps and icons. It's great for smart-TV functions and where it was previously only included free on the pricier TVs, the vast majority of LG's ranges support the Magic remote.

LG's ThinQ software lets you control other ThinQ compatible LG appliances from your TV. With the right devices, you could get alerts on your TV when the washing machine had finished its cycle, or when the timer was done on your oven. Voice commands continue to get more advanced on the. You can search for content with specific actors and directors and the TVs recommends content based on these searches. Only the Magic remote has the built-in microphone for voice control.

Sony's smart TV platform is powered by Google TV. It's a clean, simple interface, with plenty of customisation to populate the homescreen with the channels, apps and services you use most.

Sony has kept things traditional in terms of remote controls. The remote that comes with Sony's higher end TVs still has a traditional look, but some have backlit buttons. There's no motion-controlled cursor that could make navigating the smart TV platform easier, but intuitive button placement means it's straightforward.

The remotes are simple, but some have a built-in microphone that lets you control certain aspects of the TV with your voice. You can ask the TV to go to specific channels and search for specific movies and shows, to see if they're are airing on any channels or streaming apps you have installed.

Panasonic's smart-TV service is powered by Firefox, the popular web browser. Its big focus is customisation, with a homescreen you can personalise with your favourite and most-used apps. Freeview Play is a standard feature on its smart TVs. This handy smart electronic programme guide makes it easy to access catch-up services, such as BBC iPlayer, ITV Hub and All 4, from the programme guide.

Panasonic's ranges are compatible with Amazon Alexa and Google Assistant. As long as you have a Google Home or Amazon Alexa you'll be able to control features on your TV, such as changing channels, adjusting volume and selecting inputs. It's a handy feature given many Panasonic TVs don't have any built-in voice control.

How to make your current TV smart

If you don’t want to splash out on a smart TV, there are more affordable ways to get internet services on your current television. These include:

Need help getting other devices connected to your TV. Use our free tool to see exactly which devices to wire in to which connection and further advice on hooking up everything from a sound bar to a smartphone.

How we test smart TVs

The app store is our first port of call when testing the smart capabilities of a TV. We're looking for a good range of apps, intuitively laid out with a good search function. Speed is important, since these menus can be slow making adding new apps to your TV a laborious exercise.

We look to see how easy it is to arrange the apps you've downloaded. Ideally it should be simple to add favourites to your smart homescreen for easier access later.

We check to see if pre-installed apps can be removed, check to see whether voice control is present and try a few sample commands, too.

With any internet-connected device, security is paramount, so we look at what data your TV collects and where it goes.

The information your TV collects ranges from the mundane, such as what you've been watching (which is still personal and private), to more important things like your wi-fi password and app logins. If we think it's collecting more data than it needs to, not sending it to secure places, also known as safe harbours, or being up front about what data it's collecting then we'll flag that in our reviews.

We check to see if the data is encrypted when it's sent. This means the data can't be read if it's intercepted on its journey from your TV to the data centre.

The final thing we check is how easy it is to access the data collection settings, which can be buried in the deep recesses of TV menus. We always check how many options are available to you in terms of disabling data collection and tracking, as well as noting what terms and conditions you need to agree to when you set the TV up, and how this affects the data the TV collects.

Thankfully we haven't come across any TVs that are playing fast and loose with your data, but we will continue to check each and every one that passes through our labs so you can buy with the confidence that any information it collects is safe.

Smart-TV makers – including those listed above – are able to track and monitor the way you use your television like never before, including what you watch, what buttons you press on the remote and the websites you visit on your TV's browser.

This can have benefits, such as more personalised recommendations of things to watch, but there are also potential downsides. In theory, the TV brands can gather vast quantities of data on you and, in some cases, use that information to make money through posting targeted adverts on your smart-TV service.

You give permission for this to happen by agreeing to your TV's T&Cs. You can decline them and still watch TV. In many cases, however, that results in you losing access to some smart functionality of the TV.

We're calling on the TV manufacturers to be more upfront about what they're tracking, and why, plus give you clearer options to opt out if you want to.Here's a brand-by-brand breakdown of how to turn any tracking off, and what you lose if you do:

When connecting any device to the internet, including a television, it is vitally important to protect yourself from the more negative aspects of the online world, including hackers and malicious threats. Here's some steps to make your TV more secure while going online.