Why You Should Be Keeping Up With Your IoT Updates 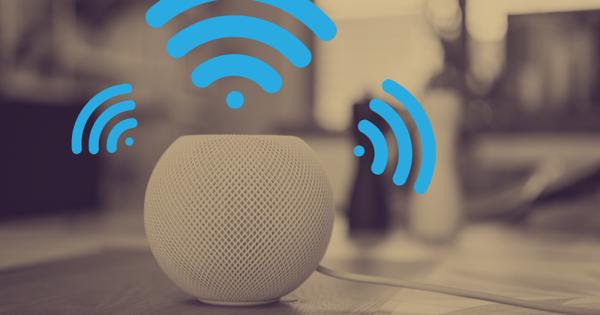 The Internet of Things (IoT) has seen steady growth for years, and today it seems like everything can be compatible with IoT. Household devices such as home security cameras and baby monitors have gotten upgrades as connected devices, while smart locks and even smart watering systems for gardens have become increasingly popular.

Unlike consumer tech products like phones and computers, it’s not just a few big brands fueling the growth of IoT. Almost any device that has sensors and can connect to the internet is an IoT device — the definition is broad enough to encourage startups to create their own IoT devices, limited only by imagination.

While the size of the IoT field creates exciting growth and innovation opportunities for companies, having a large number of products also creates confusion for customers looking for ease of use. Instead of being able to manage devices from a central location, customers may need to juggle several devices all requiring different apps or user interfaces. And this device management problem can be more than an inconvenience — it can also spell trouble from a maintenance and security perspective.

That’s why the IoT industry is busy coming up with ways to manage IoT devices more easily. Currently, consumers can purchase specialized IoT security products and use home assistants to manage different IoT products from a single location. But whichever method you choose, actively managing IoT devices will make them easier to use and more secure later on.

MORE ON IOT24 Top Internet of Things Examples You Should Know

People Own More IoT Devices Than They Think

The first step to managing IoT devices is figuring out which ones you own — but this initial step can be unexpectedly tricky. IoT devices range in complexity, from flashy speaker systems to unobtrusive grill thermometers. Some products are so inconspicuous that people mostly forget they are IoT devices.

“People do not know the number of devices they have in their houses, let alone the kind of data those devices process, the kind of information the devices have about the user,” said Alex Jay Balan, a chief security researcher at Bitdefender, a cybersecurity company that makes security solutions.

The company mostly makes products for general security purposes but branched into IoT in 2016 with its Box product, which allows customers to manage general and security updates from one location. Box is able to detect all the IoT devices on a network and offer them protection from threats such as viruses and hackers.

As the number of IoT devices on the market grows, consumers face an increasing need to track and manage their various devices centrally. Otherwise, some IoT devices may be neglected and won’t get the updates they need to function well and prevent security breaches. As of now, the growth of IoT products doesn’t seem to be slowing down.

“When was the last time you updated the firmware on your home router?”

But owning a large number of devices from different companies exacerbates the difficulty of managing them. Companies may handle setup, maintenance and updates differently, forcing consumers to learn multiple processes.

“Also, people just don’t care,” Balan said. “I mean, when was the last time you updated the firmware on your home router?”

Most people likely never check their router for firmware updates, which is not entirely their fault. Customers are used to seeing updates for computers and phones, and they are generally more intuitive — updates simply pop up onscreen prompting users to install the latest update, and the user experience to accept is often easier than the one to ignore the update.

There are hurdles to successful device management even when consumers remember to update their IoT devices. The variety of companies and products in the industry results in inconsistent software update processes for different devices.

Some companies create IoT devices with clear update processes, while others have processes that are confusing even for technically savvy users. Balan said that larger, established companies tend to have better management and updates for their IoT devices, while low-end IoT devices can prove to be costly to consumers in other ways.

“Don’t buy cheap stuff,” he said. “How much do you expect the company to care about security if you buy some unknown brand? What are the chances of that company picking up the phone, answering their emails and fixing that stuff?” 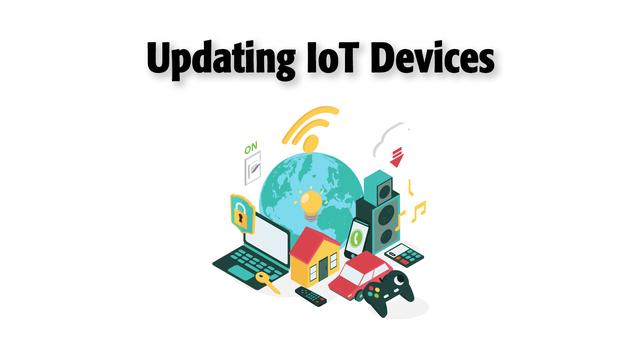 That’s because it can take extra resources for companies to develop easy-to-use maintenance processes. IoT devices usually don’t have the kinds of screens that laptops or smartphones have, so downloading and installing updates often requires extra steps to interface with external devices and get the updates ready for implementation.

“I don’t think anybody in the world applied that update.”

Balan has personal experience with difficult IoT device updates. Several years ago, he was getting ready to give a live demonstration of a smart plug vulnerability when the company pushed out a security update just before the demonstration. Balan assumed he would have to scrap the demonstration, but the update proved incredibly difficult to install.

“When I pressed ‘update now,’ it opened up a window to a download site, but I could only download the binary file, which would not work on a mobile phone. And then the documentation said that I actually had to open up my laptop and open up an application to add the firmware,” he said. “I don’t think anybody in the world applied that update.”

Deciding which IoT devices to purchase can be a trade-off. Only using products from large companies ignores much of the innovation happening elsewhere in the industry, but larger companies may be able to provide more robust updates and security practices, ensuring a better experience for the lifetime of the product.

Smart home assistants and smart home hubs can make the work of using and maintaining IoT devices much more manageable. Both types of systems manage IoT devices, but smart home hubs keep all the traffic within the home network, rather than running communications over the internet, as with Amazon’s Alexa.

“All of the Alexa compatible devices connect via WiFi to a cloud service that’s run by Amazon somewhere in the cloud, so the devices are most of the time not talking to each other directly,” said Nate Clark, founder of Konnected, a DIY smart home security company.

Ultimately, both options are helpful for consumers looking for ways to simplify their IoT management.

“That’s what helps to bring all these smart home products together,” Clark said. “For example, if you had just a Ring doorbell and an Alexa speaker, they might not talk to each other directly. But if you put SmartThings or Home Assistant in between them, then you can do more with both of those products.”

“Consumers will be able to buy one device, and it will work with any of these smart home systems.”

Consumers who have home assistants or smart home hubs can use those tools to interface with the many IoT devices they own. Device companies are also increasingly interested in integrating with these tools as well because it opens up a larger market.

“In the early days, when the voice assistants had just come out, it was harder,” said Brian Van Harlingen, CTO at Belkin International, which makes WeMo smart plugs and switches. “The ecosystem providers like Amazon and Google and Apple have improved their tools.”

Soon a new standard may make the process of managing different IoT devices even more smooth. The Connectivity Standards Alliance, the IoT standards organization currently maintaining the Zigbee protocol, announced a new standard last month that will enable all IoT devices on the standard to communicate seamlessly with one another and be managed together. The new standard, called Matter, will begin use as early as this year.

“Consumers will be able to buy one device, and it will work with any of these smart home systems — whatever choice the consumer has made as far as what voice assistants and what automation system they’re using in their house,” Van Harlingen said. “The devices will be fully interoperable, and things like firmware updates will be taken care of automatically.”

He is optimistic that in just a couple of years, the IoT management space will look drastically different, and consumers will find it much easier to purchase devices and expect them to be compatible with other products in their homes.

IoT device management is an important consideration for customers, who are the ones performing the updates and maintenance to ensure the devices function long term. Increasingly, however, companies are also interested in making their devices easier to manage. That’s because the user base for IoT devices is quickly expanding.

“We have in many ways crossed the threshold from early adopters to people like my mom buying things like this,” Van Harlingen said. “That certainly comes with its own challenges for us, because early adopters are much more tolerant of the rough edges.”

“Early adopters are much more tolerant of the rough edges.”

Early adopters may be more willing to jump through setup and maintenance hoops because they are motivated by new devices’ capabilities, but as the IoT market matures, new customers are expecting products to be easy to use, intuitive and simple to manage.

The new Matter standard gives the industry an opportunity to appeal to new users, but in the meantime, consumers should maintain their IoT devices using products such as home assistants and smart home hubs to keep up with updates and security patches.

“I think we’re doing a good job as an industry, but there’s always room to improve,” Van Harlingen said. “There’s always ways to make things easier and better for our customers, and that's what we’re committed to.”