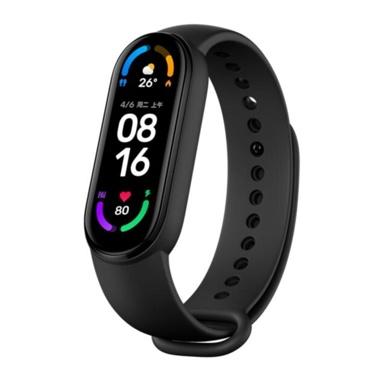 Xiaomi has long made a name for itself in the wearable market and is, in fact, the leading wearable brand worldwide according to Canalys. That's in part thanks to its excellent Mi Smart Band fitness trackers, which have always been praised as affordable but capable alternatives to Fitbit and others. But so far, Xiaomi has never blessed most of its international audience with an NFC-equipped version of its fitness tracker. That's changing today, as the company has announced that it's bringing the Mi Smart Band 6 with NFC to Europe.

In contrast to the Chinese version, which relies on a partnership with Alipay, the official European variant is made possible thanks to a collaboration with MasterCard. We've yet to sus out how exactly payments will be processed and if there are any compatibility limits on banks and other card issuers, but it's still great to see Xiaomi finally bringing the NFC version of its fitness band to a lot more customers after restricting it to mostly the Chinese market (the Mi Band 4 NFC version did make it to Russia, for example).

The NFC version of the Mi Band 6 also includes a microphone, and in Europe, Xiaomi is using it to integrate Amazon Alexa. The Mi Band 6 NFC starts at €54.90, which is a tad more expensive than its sibling.

Be sure to check out our review of the Mi Band 6 without NFC, which is in essence the same device.

Manuel is a tech enthusiast and Android fan based in Berlin. When he's not writing articles for Android Police, he's probably out and about as a videographer.