Are robot vacuums worth it? Here's what you need to know 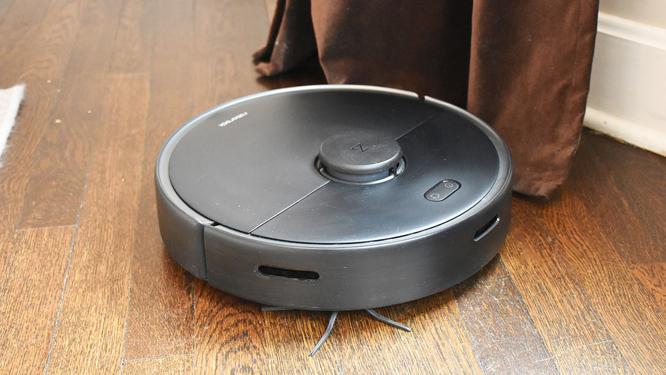 Vacuuming is one of those chores which can easily be forgotten. After all, there’s no hurt in leaving it for a day or two or even a week right? The problem is, the longer you leave it, the more obvious it becomes. Until one day you realize you unexpectedly need to host and there’s crumbs and fluff everywhere. Unfortunately, we all need to make time to clean with our vacuum cleaners, but that’s not the case with a robot vacuum cleaner.

Can your robot vacuum replace an upright vacuum? Not exactly. While a robot vacuum can pick up everyday dust and debris, it’s not as strong as it’s upright counterparts. For this reason, it’s best at complimenting your vacuum cleaner. It does come with its benefits though. A robot vacuum cleaner can be set on a schedule, so it will clean automatically. Some can even empty themselves via the charging base. Still not sure if a robot vacuum would be right for you? Here are some factors to consider if a robot vacuum is worth it.

What’s on your floor?

Most robot vacuums are able to climb medium-height thresholds, but you’ll want to measure your threshold and check the robot’s specs.

However, shag rugs are still a hard no. Roller brushes on the robot may damage the rug, and its wheels don’t offer enough clearance to drive over the rug easily. Additionally, the robot is likely to get stuck because the shag blocks its sensors.

Who’s in your home?

Furry household members are one of the top reasons to invest in a robot vacuum. Frequent vacuuming cuts down on dust, dander, and hair and keeps it from getting ground into carpeting. 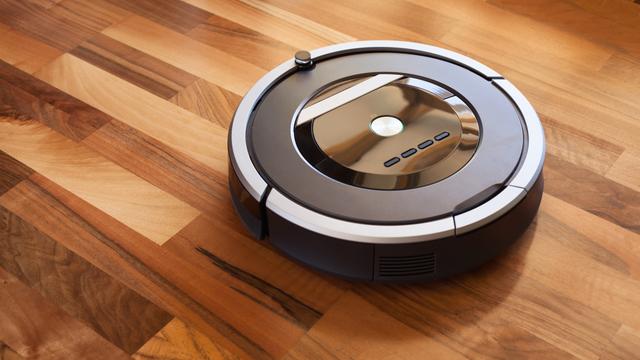 Consider how much time you spend vacuuming each week to keep up with Fido and Fluffy. Don’t forget — Fido is often not the only shedder in the house. Girls with long hair outnumber the boys in my home and I’m routinely finding hair everywhere — thankfully the robot vacuum collects most of it.

How much time do you want to spend cleaning?

One important difference between robot vacuums and traditional vacuums: Since they’re unmanned objects, they’ll try to pick up whatever is in their path. That means the kids — or more likely, you — will have to clean their rooms before letting the bot loose. If your children leave Legos and other toys around, be sure to get them out of the way before unleashing the cleaning beast. (be sure to check out ourtips for using a robot vacuum for the best performance).

Any vacuum activity, whether traditional or robot, requires a bit of pre-cleaning. Shoes, children’s toys, dog toys, and other items should be picked up off the floor and moved out of the way. Then you still have to actually vacuum the house.

With a robot vacuum, you’ll have to do all of your pre-cleaning before the vacuum runs. If it’s on a schedule, you’ll end up on your own pre-cleaning schedule. But the good news is that then your work is done. Plus, if the robot vacuum supports no-go zones or room-specific cleaning, you can toss the stuff in a corner and deal with it later.

While robot vacuums are often considered a timesaver for busy people, the machines may also be of use to older adults who can no longer maneuver a traditional vacuum. The compact dustbins on robot vacuums are typically easy to remove and shake into a garbage can. If bending down is an issue, a robot vacuum with a self-emptying base, such as theiRobot Roomba i3+, might be the answer. The Clean Base on the i3 uses a vacuum bag that only needs to be replaced every one to two months, depending on use. The small bag in the base is less of a hassle to use than even the onboard dustbin.

Most robot vacuums weigh between 4 and 9 pounds, making them relatively easy to pick up for maintenance. Since they’re so compact, they’re easy to place on a table while popping out the brush rolls to remove hair.

Should you buy a robot vacuum?

Robot vacuums have improved exponentially in the last few years. Earlier models would clean the same spot over and over while missing another area entirely. Plus, the balance between suction power and battery life has improved, with many models offering mid-cleaning recharge, meaning the robot will go back to its dock, charge, and then continue the cleaning job where it left off. Many robot vacuums are able to map your entire living space and give you control over which rooms get cleaned and how often it happens, but all that technology doesn’t come cheap.

Meanwhile, the best vacuums tend to offer more suction at a lower price, but they also require more manual labor. In fact, they’re all manual labor. There’s not yet a way to tell your Miele Complete C3 Calima canister vac to clean your living room without a lot of human intervention and elbow grease — much less give it a weekly cleaning schedule.

Though they don’t fully replace the deep-cleaning power of a traditional vacuum, we think robot vacuums are worth it for regular vacuuming in between occasional deep cleaning sessions, without the hassle of lugging a vacuum out of a hall closet and doing it yourself. They’re especially handy for households with pets, which can accumulate fur and dander easily. Plus, you can get a robot vacuum to clean up before unexpected company drops by.