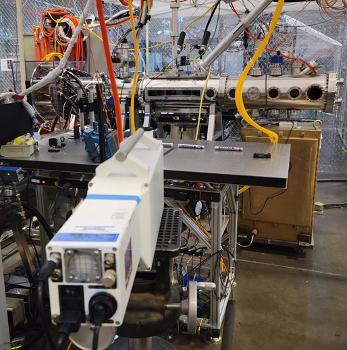 Fusion companies are famous for making big claims about the viability and timeline for their technology, and Zap Energy is no exception. “Fusion energy is our inevitable future,” claims the company’s website. “Zap Energy is building it.” Founded in 2017 after years of academic incubation at the University of Washington, Zap is targeting 2023 for demonstrating with a deuterium-only plasma that it could achieve scientific breakeven—when the energy that’s put into its device equals the energy that comes out—with a plasma fueled by both deuterium and tritium.

Zap’s device uses a modified version of the “Z-pinch” phenomenon to attempt nuclear fusion. In a traditional Z-pinch, current running through a plasma creates a magnetic field, which compresses, or pinches, the plasma, heating it toward fusion-inducing temperatures. But there’s a problem with this old Z-pinch: Within nanoseconds, the plasma develops instabilities. “It’s just like a weather system,” says Ben Levitt, Zap’s director of R&D. “It can convect and create these big plumes and thunderstorms.”

Zap claims it can quell that weather by creating a “sheared flow” in the plasma. “The plasma travels at different axial velocities as it goes farther out radially from the center of the pinch,” Levitt says. In the lab, that movement has kept the plasma intact on time scales that approach relevancy for a commercially viable fusion reactor, he says.

But it’s one thing to hear those claims from a company man, and quite another to hear them from an independent investigator. After all, hype, bluster, and optimistic chronology have long been part of the fusion industry—which isn’t yet really an industry, because no commercially viable fusion reactor exists. Also, it’s hard to know in detail what’s going on inside a given device even if you’re the one who built it.

To help push fusion technology forward, and to do it responsibly, the Department of Energy’s high-risk, high-payoff research arm, the Advanced Research Projects Agency–Energy (ARPA–E), has been working to develop independent, verified fusion diagnostics. The goal is to measure precisely what’s taking place in fusion devices so that their makers can point to independent, standardized results from verified diagnostics rather than just their own press releases or papers. “We aren’t the fusion police,” says Bethany Goldblum, a scientist at Lawrence Berkeley National Laboratory and the University of California, Berkeley, who has helped with some of ARPA–E’s investigations. “We are really working hand-in-hand with these companies.” The program includes eight funded projects with clients such as the well-financed companies Zap and General Fusion.

A need for traveling diagnostics

Diagnostics, in fusion terms, are what Goldblum calls “a health and wellness check” on the plasma. They reveal the plasma’s density, temperature, neutron yield, and spatial distribution, among other things. “Without the measurements, it’s pretty much near impossible to make any progress, or even just prove you’re doing what you think you’re doing,” says Scott Hsu, an ARPA–E program director focused on R&D supporting commercial fusion efforts and an advocate of its diagnostics programs.

As an example of diagnostics’ importance, Hsu cites the early UK fusion project ZETA, which came on line in the late 1950s. The ZETA team reported neutron generation—only to realize later that the neutrons were appearing because the device’s beam was striking the wall of the reactor. “That’s not the way you want to be producing neutrons,” says Hsu. “That really underscored the importance of measuring the actual parameters of your plasma.” One way to tell your neutrons have the right birthplace, he says, is to measure the plasma from different directions with neutron detectors. “The slight difference in energy from the two different directions can tell you whether the neutrons are coming from a hot plasma or not,” he explains.

Companies don’t always, or even often, have their own diagnostics, because the instrumentation is expensive and requires special expertise to operate. Costly diagnostics equipment can include lasers, spectrometers, x-ray and gamma-ray imagers, and scintillators, along with power supplies and advanced electronics to sense and store information. Getting those instruments where they can sense the goings-on in a fusion device takes some doing. “Their placement is usually a compromise among available space, maximizing the signal, reducing noise, and available ports on the vacuum chamber,” says Hsu. 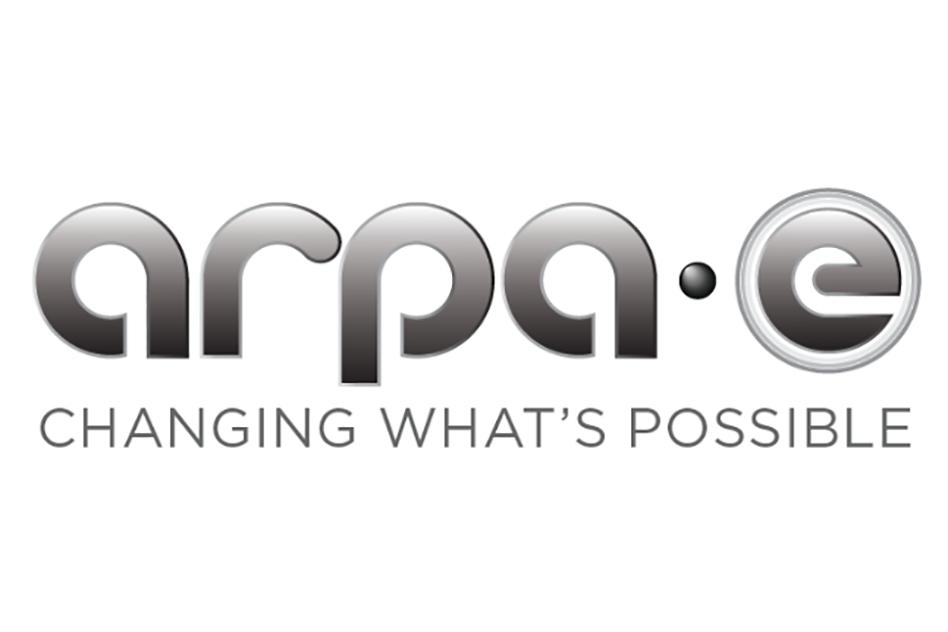 And so ARPA–E instituted fusion “capability teams” in 2019, funded through the agency’s Exploratory Topics program, to develop diagnostics, build detectors to perform them, and bring the sensors and the experts to private companies. “We have the expertise there, right at our national labs at our universities,” says Hsu. “That’s what they do for a living. And so I wanted to find a way to connect the expertise with the need.”

ARPA–E funds teams of scientists from universities and national labs who develop, build, and perform the diagnostics; the host company simply pays for its employees to run the experiment and collaborate with the visiting researchers. The agency has focused on using as much off-the-shelf hardware—such as modern, compact lasers with built-in computer control—as possible, packaged portably, so it can be easily shipped or driven to the fusion companies. “Traveling diagnostics, we call them,” says Hsu.

The effort is continuing in collaboration with DOE’s Innovation Network for Fusion Energy program. Like fusion energy itself, the eight funded projects have encountered challenges both technical and nontechnical. For one thing, off-the-shelf options don’t always exist, or they have been in short supply during the pandemic. For another, peopledoalways exist. “Fusion scientists are kind of notoriously difficult, if you will, and you never know if they’re going to work well together, or whether they even want to work together,” says Hsu. Some companies have been receptive to probing outsiders. “Some are less so,” says Hsu, who says the reluctant ones most often cite intellectual property concerns.

Zap Energy is among the receptive lot. “It’s been totally fantastic,” says Levitt, “because we can focus on the plasma physics, and these guys come in and do measurements that we would need to hire people to do and concentrate on and develop in-house. And this way, we just move much faster.”

A recentPhysics of Plasma paper detailed the ARPA–E effort to diagnose Zap’s device. Goldblum and colleagues at UC Berkeley and Lawrence Berkeley and Lawrence Livermore national laboratories set out to verify the stability of Zap’s plasma using plastic scintillators and photodetectors. The scintillators emit light when fast neutrons excite them, and the photodetectors measure that light, whose amount is related to neutron energy. “The basic concept is that you position detectors at different angles relative to the plasma column,” Goldblum says. “And if there is a beam instability, then you’re going to get a different neutron energy at a different angle.” It’s the same kind of test the ZETA team would have benefited from.

In Zap’s case, the comparison showed negligible evidence of the kind of plasma instability that the company was worried about. Data on other companies’ devices exist, Hsu says, but so far the conclusions are preliminary. “I am confident that scientific publications will result from these efforts over the next year and beyond that will very likely both confirm some things and raise new questions,” he adds.

The Berkeley group Goldblum is part of recently proposed developing a new diagnostic with Canada-based General Fusion to directly measure plasma temperature from the neutron emission. General Fusion has a fairly extensive in-house diagnostic team, says Myles Hildebrand, the company’s lead engineer of neutron diagnostics. But it is planning a fusion demonstration plant in the UK, with construction starting this year, and is looking for more external collaboration. “We’re really trying to now leverage outside expertise as much as we can,” Hildebrand says. When Drew Higginson of Lawrence Livermore National Laboratory initially reached out to General Fusion about a diagnostic collaboration with the lab and with Berkeley, the company jumped aboard. “We realized that they can be a huge help to us,” says Hildebrand.

An aid to progress

Bringing in outside expertise can be important, says Goldblum, because the diagnostics skill set is different from the skills required tobuild a fusion device. Her team’s work with Zap, for instance, was highly interdisciplinary. “It’s not physics; it’s not nuclear engineering; it’s not really any one thing,” she says. In the case of Zap, limited information existed on the responses of the scintillators, so the team’s university scientists used their own response data that they had measured previously in their labs.

And by providing an independent, baselined look at the work, the diagnostics effort balances the excitement of those whose livelihoods and intellectual histories are bound up in their device. Goldblum, for instance, got her PhD in the shadow of the cold-fusion scandal, so although she’s cautiously optimistic about modern-day fusion’s future, she knows it’s not a given. “I’m certainly not going into it with an attitude of ‘It’s all going to be great!’ ” she says. “It’s good to be skeptical when you’re doing science.”

Skepticism was, in fact, what spurred one of the first fusion diagnostics efforts, which in turn drove fusion forward. In 1969 Russian scientists claimed a tokamak had achieved record-high electron temperatures, ones that Western scientists had struggled to achieve for more than a decade. “So when the Russians announced it, nobody believed them,” says Hsu. Thus it was that at the height of the Cold War, the UK sent a team with a Thompson scattering system—perhaps the first traveling diagnostic—to do a wellness check on the Moscow plasma. “They measured it, and indeed, the Russians were correct,” says Hsu.

After that confirmation, fusion research pivoted to tokamaks. And although that path hasn’t yet panned out for commercial fusion, Hsu hopes the 21st century’s traveling diagnostics will similarly steer the field toward whatever, if anything, might.