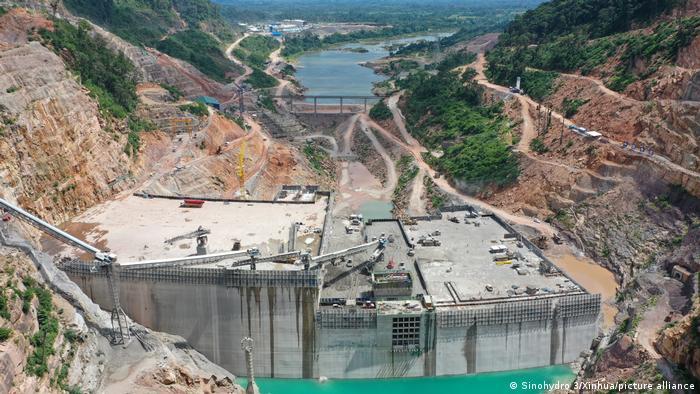 David Nevrotski spent 10 years working his way up the ladderof a concrete drill and saw company when he decided it was time to strike outon his own.

He started with one truck and a few clients. For the next 10years, he ran ConcreteCutting Systems out of the basement of his family’s row house in northeastPhiladelphia. His wife, Barbara, worked nights at her job with the IRS andraised their newborn son and 9-year-old daughter. David worked 20-hour days.

“It was a struggle,” Barbara recalls.

“Everybody that ever gave me advice in business, they saidthe first five years are the worst. You make five years, you're going to makeit,” David recalls.

Twenty-seven years later, Concrete Cutting has 50 employeesin Philadelphia and has opened a branch in Pittsburgh with an additional 15 employees. The company performs sawcutting and drilling for the major utilities in the Philadelphia and Pittsburghareas and is one of the largest businesses of its kind on the East Coast. Itperforms wall sawing, core drilling, flat sawing, robotic demolition, as wellas emission-free concrete cutting and slurry removal services.

As the company has grown with its customers, it has alsoadvanced with the technology, transitioning to electric saws and demolitionrobots and establishing a fleet of vacuum trucks to tackle environmentalcleanup. It also won Equipment World’s 2021Safety Award.

For those reasons and more, Concrete Cutting Systems is oneof Equipment World’s finalists for the 2021 Contractor of the YearAward.

Part of the struggle in the early days of Concrete Cuttingwas the result of the terrorist attacks of September 11, 2001, which brought ahalt to a lot of the company’s business for two to three years.

“You went from busy every day, working day and night, tonothing for almost two years,” he says.

The company made it through that recession withoutdefaulting on any loans. It still maintained utility customers that needed itsservices, which helped the company pull through.

Over time, the gas and utility companies that ConcreteCutting worked for began to grow and have kept growing. He believes thecompany’s ability to grow with its customers has been a big part of ConcreteCutting’s success.

“We either had to try and grow with them or else they weregoing to call somebody else,” David says. “So we made an effort to do what wehad to do to grow with them.”

“One thing about this business,” he adds. “When somebodyelse gets in, you're not getting back in.”

On a typical saw-cutting job, a Concrete Cutting Systems' worker is on hand to vacuum up the slurry with one of the company's 20 vacuum trucks.Equipment WorldAnother reason for its success has been the company’sability to adapt to changes.

Many of its clients began requiring cleanup of slurry onsaw-cutting projects. At first, the company rented vacuum trucks to followbehind its saw operators.

Then one of its contractor customers landed a three-yearcontract with Aqua America Pennsylvania water utility for water mainreplacements.

“So for us to do the work, we had to do our own slurrycontainment,” David says. “So we ended up buying a tow-behind vac for potholing,and converted it into being able to pick up the slurry on the roadway. Now weown 20 of them. Every time we send a saw truck out, we send a vac truck outwith it.”

Because of its adding the cleanup service, the company haslanded more jobs. 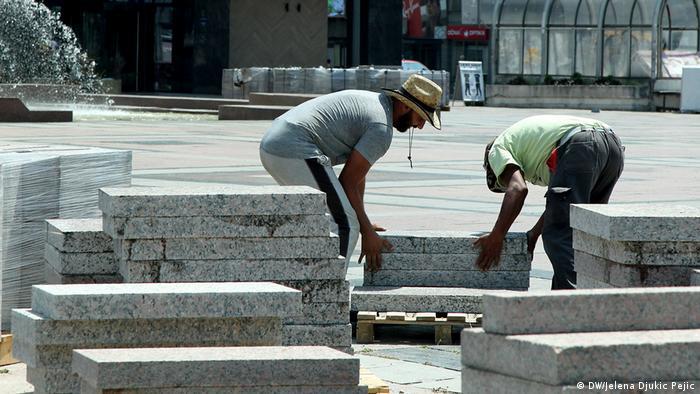 Not long ago, all of the equipment was diesel-powered with ahydraulic pump. But as its customers demanded less emissions and less chancefor oil leaks on interior jobs, Concrete Cutting has shifted toelectric-powered saws.

An interior demolition job for the University ofPennsylvania hospital led it to take the leap to remote-control robots. Thecompany couldn’t use compact loaders with hydraulic hammers, so it hired acompany to bring in demolition robots. The job went so well that ConcreteCutting was offered another similar project.

“If we're going to start getting work like this, we need togo ahead and started looking at doing it ourselves,” David recalls. So thecompany bought its own Husqvarna DXR robot. It didn’t get much use at first,but then the company started demonstrating the benefits of it to its customersand began to offer an emissions-free package.

“We can go in with an electric saw, saw-cut a plumbingtrench, then bring in the DXR, pull the concrete out, break the concrete out,change to the bucket and dig,” he says. “They can lay the pipe in. We canbackfill, and everything's done emission-free.

“That's been a huge part of everything that we've beendoing.”

The robots were a big help on a demolition of the old Macy’sbuilding in downtown Pittsburgh. The owners wanted an atrium opening throughthe middle of the building. The perimeter had to be saw-cut and the middle wasbroken out.

“We had DXRs running around the clock,” he says. “And withthe mobility of them, being electric and being inside, they were just great forthat type of work.”

Another part of the company’s success is its reinvestment inthe business.

David learned about the importance of investing in thebusiness by seeing it done the wrong way. The company he worked for as a sawcutter did not invest back in itself. He remembers going to a job one day whenthe company’s van broke down. Instead of taking it to be fixed and putting himin another van, he says, “they literally towed my van to the jobsite and leftit there, and had me work out of my van for two weeks instead of getting itfixed. They had me drive my own car back and forth to the jobsite.”

He vowed to never do that to his company.

David cites his employees as the top reason for thecompany’s success. The company has a mix of union field employees and office employees. Itstresses the career potential for workers when they join the company.

“When we hire somebody, we're not offering you a job, we'reactually offering you a career,” he says. “One of our saw guys or general-buildingguys that are able to go out and do work on their own, if they want to put inthe overtime, and I'm not talking crazy overtime, you have the potential ofmaking $100,000 or more a year. And that's not including your benefits andretirement. So you can make a good career and really support your family in thetrades.”

He also believes in treating his employees like family. Slaterrecalled how David drove three hours to attend his father’s funeral.

“Dave is a good guy to work for and understanding,” saysRich Sicinski, company controller. “He has a good relationship with all hisemployees, a friendship-type relationship.” Sicinski says 25 or more have beenwith the company at least 10 years.

Members of the Nevrotski family have also joined thecompany. After retiring from the IRS, Barbara helps with accounts. And their25-year-old son David Jr. has come on board as a flat saw operator.

David Nevrotski with wife Barbara and son David Nevrotski Jr.Equipment WorldDespite the success, David remains hands-on, coming in at 5a.m. and closing the gate on the equipment yard at the end of each day. He’salso maintained the same clients he had when he was starting out.

“We're at the point now where we've got a great customerbase that we deal with, and they're all repeat customers,” David says.

His customers keep coming back because they like the way hetreats them, and he helps them satisfy their own clients.

“In this day and age, it is rare to come across a contractorthat is willing and able to make quick changes on the fly to try and help youreach your goals and help satisfy your own clients,” says Mark Bastian, seniorvice president, CTX Infrastructure. “There are not too many companies out therethat have all the qualities that I have seen and experienced as ConcreteCutting Systems.”