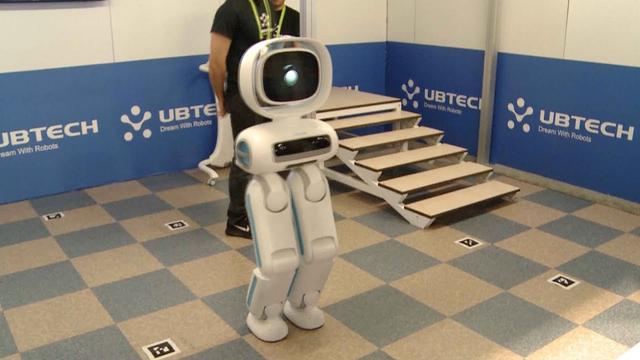 CES has always been a weird show for robotics. That’s not an indictment of the show itself, so much as a comment on the state of robotics generally. It’s true the organization behind the show dropped the name “Consumer Electronics Show” some number of years ago (a fact it continues to be very insistent about in its press materials), but at its heart the show is still very much about consumer technologies.

For robotics, consumer has been an exceedingly difficult nut to crack, for reasons of pricing, scalability and the general unpredictability of operating in uncontrolled environments. In much the same way that the robotic vacuum has long been the main exception to that rule, robotic vacuums have been the one consistent feature at the show over the past decade-plus.

Back in 2020 (the last time TechCrunch attended the show in person), I wrote a piece titled, “Companies take baby steps toward home robots at CES.” Fittingly (for reasons that will be made clear below), the first person I quoted in the piece was Labrador Systems co-founder/CEO Mike Dooley, who told me, “I think there are fewer fake robots this year.”

“Fake” is, obviously, a loaded word in this — and just about any — context. But it’s also not wrong. CES has been — and will continue to be for the foreseeable future — a platform for fake robotics. There are a number of reasons for this, but the main one is simple: robots are an easy way of visualizing sci-fi stuff. Robots, flying cars, space and now the metaverse. If you want a shorthand way of telling the world that your company has its head in the clouds in the most pragmatic way, you wheel out (or walk out) a robot.

They’ve been a common fixture over the years at press conferences from companies with an arguably limited investment in real robotics R&D. And there’s a big, gaping hole between science fiction and that year’s umpteenth robot vacuum. What we’ve started to see is companies begin to fill in that gap. Startups have played an important role in this. But just as important is the role played by automotive companies.

In the lead up to CES, I wrote a 10-year piece reflecting on the biggest trends of CES 2012. One of the things that struck me is the shift the show has made away from things like handsets (Mobile World Congress has taken a lot of wind out of those sails) and toward other industries — mobility in particular. Carmakers have a big role to play in all of this, both in terms of how they use robotics in the manufacturing process and also the role these technologies play in the future of the companies — starting with autonomous driving and moving well beyond.

For those reasons, I’m likely not surprising anyone by saying that the combined Hyundai/Boston Dynamics press conference grabbed the biggest headlines from the robotics world. Tuesday night’s show rode the line in an interesting way. As a company, Boston Dynamics has always taken a pragmatic approach to robotics. Sure, they look like the stuff of science fiction to many, but the products the company showcases are very real.

It was a contrast from the sorts of fantastical concepts Hyundai put center stage. Watching a video of Spot hanging out on Mars to serve as a real-world avatar for a family cruising through the metaverse was, in a word, strange. Boston Dynamics has suggested many potential jobs for its quadrupedal robot over the years, but somehow, to the best of my knowledge, Martian avatar hadn’t come up. I had the opportunity to ask founder Marc Raibert a couple of questions, and opened with that, asking how the Hyundai acquisition will impact what has been an aggressive — but practical — approach to making robots.

Last night’s presentation was a bit on the fantastical side.There was a sci-fi projection out into the future. How profound an impact will the Hyundai acquisition have on Boston Dynamics’ roadmap going forward?

It’s early days, six months. I would say that, on the one hand, there seems to be a commitment at Hyundai for us to keep doing what we’re doing. I think you’re going see all the things we’re doing, really in an enhanced state, continue to go on. We’re going to do [Atlas, Stretch and Spot]. There’s more investment going into there. Productization and research, in the case of Atlas. We’ll add additional robots onto what I’ll call the Boston Dynamics side. While that’s going on, we’re also building connections with Hyundai, and starting some projects […]

Hyundai is a big company. There are a lot of different sub-companies, but we’re talking to all of them. We’re not exactly sure who all of the interaction partners will be, but we’re planning to have a robust set of interactions. I don’t have any sense that Hyundai is going to come in and say, ‘Stop being who you are. Be something different.’ To the contrary, if anything, they’ve been very enthusiastic about us continuing. Although we’ve been making products, we’ve also been an R&D company for a long time. I think they see value in that and they will continue investing in that, so we can continue the legacy, as well as the commercial side of things.

During the event, he was clearly enjoying himself. It is, in a lot of ways, an ideal position for a lifelong roboticist: suddenly seeing a whole influx of resources from new corporate owners looking to deliver the moon and stars — or, at the very least, Mars. I do appreciate Raibert’s off-handed mention that Mars is still a ways off for Spot. 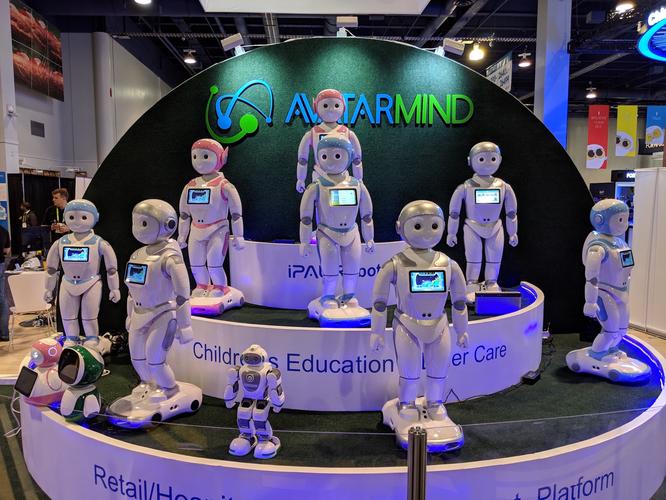 I had a follow-up question with Hyundai’s VP and head of Robotics Lab, Dong Jin Hyun, who said, similarly, that the Personal Mobility PnD plug and drive plaftform is also very much a “proposal/concept,” adding that the company would “show the real applications of PnD soon.” For now, at least, we’re stuck with some far out videos.

Before we move on from Boston Dynamics completely for the week, a fun aside from Raibert. In the company’s past flirations with the home/consumer market, “we even worked for years with Sony Aibo, making ones you’ve never seen, but were more capable.” The latest Aibo was a very cool piece of machinery, but you’ve got to wonder how a pet Boston Dynamics dog would have looked. Less cute and more technologically impressive, if I had to guess. Hopefully it never got as far as figuring out how to open doors.

As I mentioned last week, the big thing trendwise on the robotics front at CES are UV-C disinfecting robots. This makes a lot of sense on the face of it. It’s a way to leverage existing indoor mapping/navigation technologies with a major hot button topic during the pandemic. The list includes:

John Deere also made headlines this week with the long-awaited arrival of its fully autonomous 8R tractor. The system, which features six pairs of stereo cameras, a pair of Nvidia Jetson modules and a GPS guidance for fully automated operation, will be available in select parts of the U.S. starting this fall.

“This precise location-sensing technology (already) enables farmers to place seeds, spread nutrients and harvest their crops without having to touch the steering wheel,” CTO Jahmy Hindman said in a release. “Without this self-driving technology, farming is incredibly exhausting mentally and physically. GPS technology allows farmers to spend their time in the cab of a tractor looking at the real-time data they are collecting during the job they are doing and making adjustments.”

Getting back to Mike Dooley, Labrador finally showed off a production version of its assistance robot, Retriever. It’s one of the more compelling home robots I’ve seen in some time — namely because it deals with the very real issue of helping older and mobility impaired people live on their own. At its heart, it’s a robotic shelf, but one that can potentially offer a lot of assistance to people who want to keep living independently.

I’m still crawling through the virtual halls for more interesting robotics co’s this week, and expect a few more to trickle into next week’s newsletter. In the meantime, a lightning round/stray thoughts.