How robots could lend short-staffed grocers a helping hand 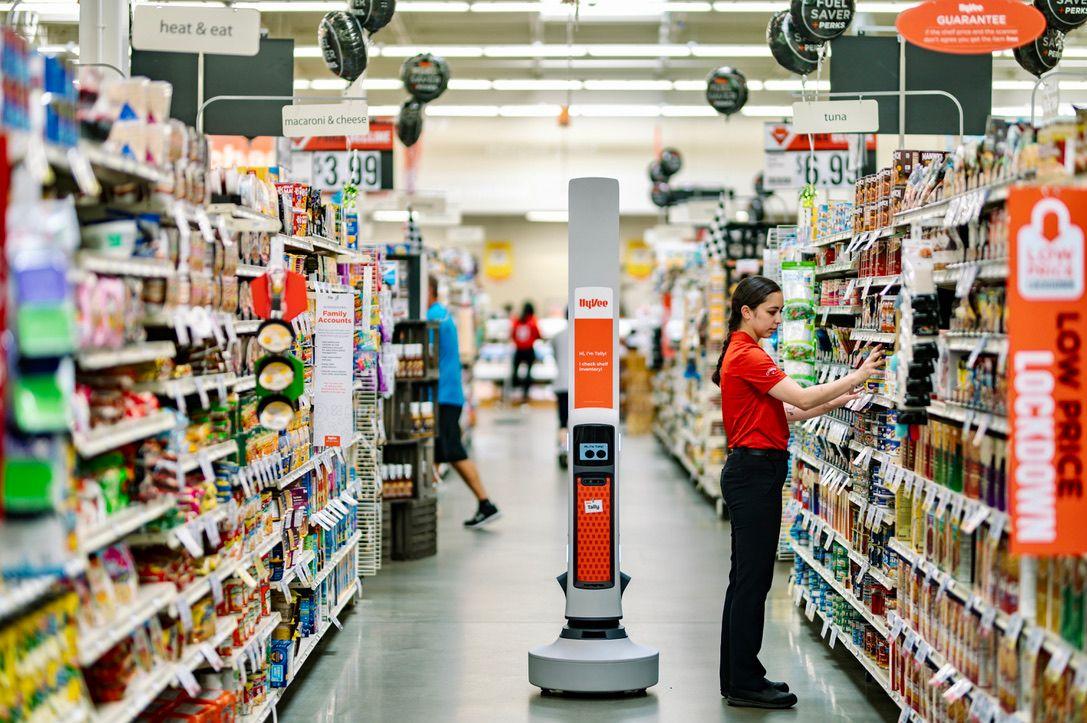 They’re taking over “dirty, dull, and dangerous” work—but they’ll take some getting used to.

The robots are here. And by “here,” we mean the grocery store around the corner. They’re scanning shelves, checking for spills, cleaning floors, making deliveries...should we keep going?

But this isn’t a full-on takeover. Grocers and the companies behind the bots are looking at how they can be a solution to staffing shortages and a relief to multitasking associates.

Brain Corporation’s scrubbing robots (which are in all of Sam’s Club’s ~600 locations) are sort of like a Go-Go-Gadget arm, said Josh Baylin, its VP of product and marketing—an extension of the worker to help “extract more operating hours out of a single person.”

“We’ve really got to ask ourselves, and certainly we’re asking our customers, is this really work that you want your folks doing?” Baylin told Retail Brew. “Over time, I think we’ll get far more comfortable with robots taking that dirty, dull, and dangerous work away.”

But still, filling in the gaps in any capacity is a plus. “There’s just a tremendous amount of open roles. Anywhere where you can provide some opportunistic labor-creating automation, I think it’s a good opportunity,” he said.

Grocery workers “wear many, many hats,” from stocking to checkout, and Bologea said that Tally allows retailers to “more optimally redeploy or refocus that labor” by having a robot do the work of identifying the problems (like missing items) that staffers need to address.

Caleb Hoelscher, senior technical lead at Schnucks, which deployed Tally chainwide last August, said that the bot has become “a foundational piece of store operations” by reducing out-of-stocks on shelves (and increasing sales by doing so). But the work itself is still performed by associates, he noted, with Tally becoming like “a personal assistant” to them.

But co-working and shopping alongside robots is fairly uncharted territory, and many have yet to warm up to it—fewer than 25% of shoppers believe that “robots and other robotic systems” would improve their experience, per a recent PSFK report—so there’s still a need to make them more approachable. 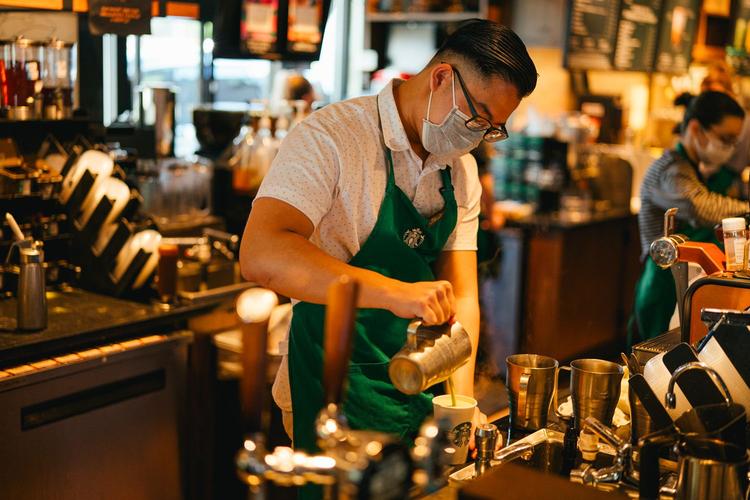 At least as far as adults are concerned.

“There was an adjustment period for our customers and associates as they got used to its presence in-store and got familiar with its functionality,” Maturo told us. “But now, associates and customers are very used to Marty. Kids have certainly fallen in love with him.”

Stay up to date on the retail industry

All the news and insights retail pros need to know, all in one newsletter. Join over 180,000 retail professionals by subscribing today.

The same is true at Schnucks, Hoelscher said, with parents snapping pics of their kids with Tally and posting them on social media.

The real deal? The anthropomorphization of robots (i.e., the addition of googly eyes), plus consumerization of products like the Roomba, has helped shoppers get more comfortable with them, Baylin noted.

But efforts are ongoing to make these machines…well, less creepy. Brain actually added a picture-snapping sound to its inventory robot to let consumers know when it was around and what it was doing, Baylin said.

To avoid creating “a big scary robot,” Simbe made Tally “sleek and slender” with neutral colors, Bologea explained, adding the robot is made to yield to, and ultimately stay out of shoppers’ ways.

Badger’s robots also have human detection for safety purposes and hug ~10 inches away from the lip of an aisle so as to not obstruct it as they scan, Santiago noted.

Beyond lowering their creepy factor, there’s always room for improvement.

Most robots, for example, do need a little help from their friends colleagues, like charging, pressing a button to start, or loading and unloading them for deliveries. We’re still in the “early innings” in terms of full automation, Baylin noted, and that human element will remain for a while.

“There are limits, even to today’s autonomous workflows. But I do think that we’re getting to a point where certain of those activities are becoming more and more autonomous.”

Retailers designing their locations to optimize automation—something that Baylin foresees happening more in the next five to 10 years—could help a lot.

And for every Kroger or Stop & Shop that supports the tech, there are some it hasn’t worked for. In 2020, Walmart ended its five-year contract with inventory-checking robot maker Bossa Nova Technologies after introducing the robots in 500 stores.

They’re just like us:It will take time for shoppers and businesses to “leap across the chasm” to the world of robots, just like it took many awhile to come around to the idea of smart phones, Baylin posited. One thing that might help? The realization that we may not be that different from robots after all.

“I think we’re all cyborgs in a way, with our mobile phones,” he said. “We never had the ability to take a picture or measure a distance or see the temperature, do a stopwatch, right? All of these things sort of enable us to be superhuman. I think the robot is sort of just a modern extension of that.”

Stay up to date on the retail industry

All the news and insights retail pros need to know, all in one newsletter. Join over 180,000 retail professionals by subscribing today.