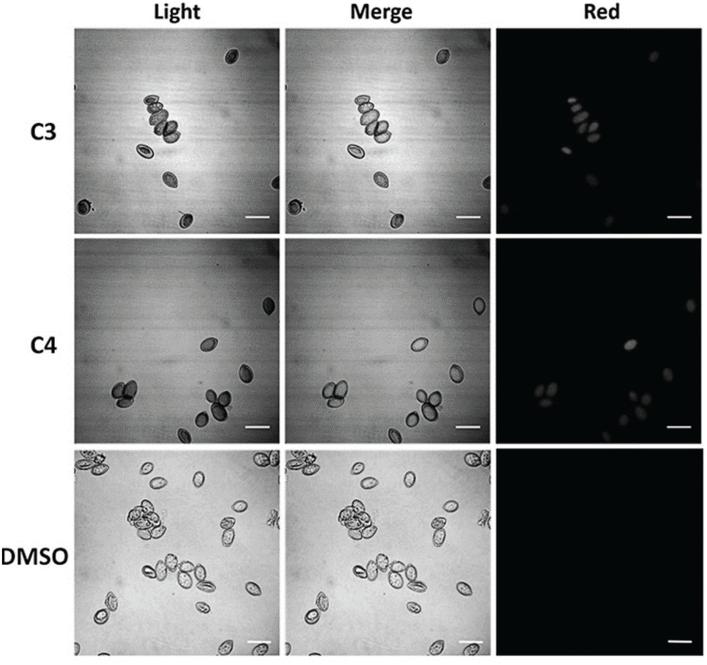 In order to examine tissues under the microscope, they usually have to be cut into thin slices. But it is impossible to analyze whole tissues or living organisms in this way. However, this is exactly what two Mexican research groups have managed to do in collaboration with Dr. Ines Teichert from the Department of General and Molecular Botany at Ruhr-Universität Bochum (RUB). They used light sheet microscopy and an albino mutant of the filamentous fungusSordaria macrospora, a popular model organism for studying the formation of fruiting bodies. The grouppublished their findings in theJournal of Biophotonics.

Optical sections without any damage

Microscopic techniques that have high resolution are used to analyze tissues. However, many methods can only be applied to thin specimens. Using light sheet microscopy (LSFM), so-called optical sections are created in the tissues. “In LSFM, a light sheet is projected into the sample with the help of an illumination lens,” explains Teichert. A detection lens arranged perpendicular to the illuminated plane picks up the emitted light. In that way, the tissue itself is less damaged by the selective radiation, and it is possible to take a great number of images with an excellent optical resolution at high speed, enabling a 3D reconstruction even at greater tissue depth. 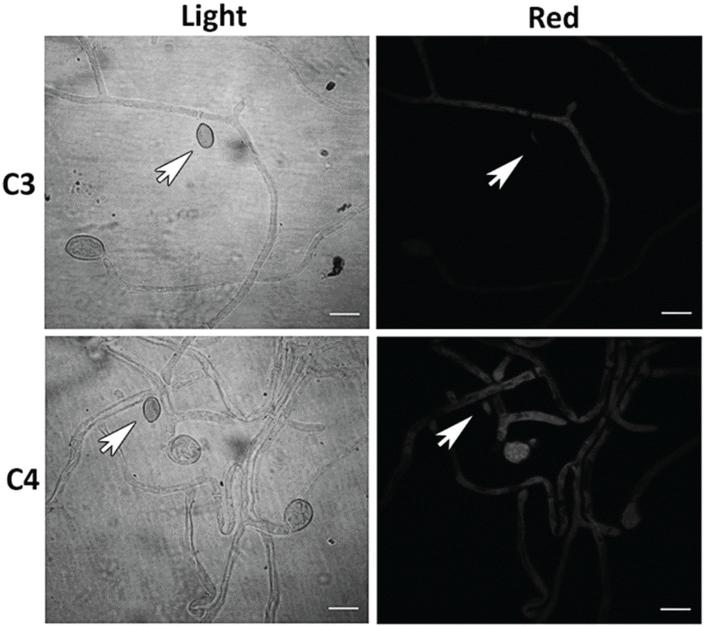 Teichert sent an albino mutant of the filamentous fungusSordaria macrospora with a mutation in a melanin biosynthesis gene and a genetic nuclear marker to Ensenada, Mexico, where the research groups for optics, headed by Professor Israel Rocha-Mendoza, and for microbiology, headed by Professor Meritxell Riquelme, collaborated on the project. They constructed a light sheet microscope to visualize the inner structures of different types of small and large samples, ranging from microscopic cells and fungi to cleared mouse brains and shrimps with sizes up to tens of millimeters. The albino mutant allowed the researchers to seeS. macrospora insides from the outside without the need for any clearing treatment.

The filamentous fungus examined in the present study is a genetic model system for studying fruiting body development. It forms pear-shaped black fruiting bodies two to four millimeters in size. In addition to the conventional Gaussian beams, the research groups also used so-called Bessel beams to produce the light sheet. These beams are non-diffracting and self-healing, so they maintain their shape during propagation. These optical properties result in homogeneous light sheets that provide uniform illumination. Yryx Luna-Palacios, a Mexican PhD candidate, performed the Bessel beams implementation to the light sheet microscope and conducted the fungal imaging in this work.

“Using the two methods, we did indeed observe colored cell walls and nuclei in young fruiting bodies,” says Teichert. Using Bessel beams, it was possible to image even larger areas. “This research constitutes a proof-of-concept study,” says the researcher. “Now that we know that living fungi can be studied with light sheet microscopy, we will be able to address other questions, too.” For example, questions such as the localization of proteins during fruiting bodies development in fungi, i.e., how new tissues are formed.