The Rockies Are Doing Less Than The Least 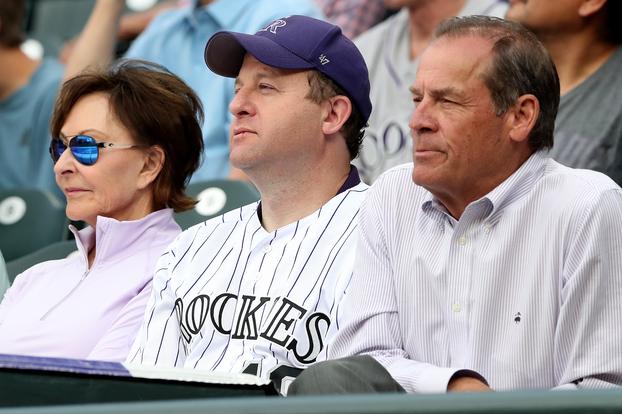 Before things got bad at Itchy & Scratchy Land—at the point when everyone but Marge was still having fun—the Simpson family stopped to marvel at the noon robot parade. The robotic Itchies and Scratchies clanked past, whomping away at each other with mallets and spraying each other with small arms fire from close range and brandishing axes and chainsaws, sending gore onto the giggling crowd. It only looks dangerous, a park employee assures Marge. These robots are programmed to harm only each other. To prove his point, a notably well-armed robot Itchy turns to the family and politely doffs the crown of his head to reveal the bright blinking circuitry within. What follows is one of my favorite throwaway gags from The Simpsons. It’s one I probably wouldn’t remember at all if it had not somehow, in various and variously bleak ways, remained distressingly current.

“You see all that stuff in there?” Marge says to Homer. “That’s why your robot didn’t work.”

As with the best of Simpsons throwaway gags, the joke is both weirdly evocative—imagine Homer in the lab, maybe wearing a welder’s mask, putting the finishing touches on an entirely empty robot-shaped shell that he expects to instantly stir to life and prepare him an elaborate breakfast—and obviously absurd. As with the best jokes in general, it can all be applied more broadly, in a way that is less easy to laugh at. The belief that a robot would work like a robot simply because it looks like a robot is what we might call Some Classic Homer Simpson Shit; the belief that a similarly janky, similarly hollow effigy might function like and in fact actually be the thing whose shape it emulates is, more or less, what contemporary American life demands.

That this is very obviously false—that the things shaped precisely like various public institutions are by now quite obviously just oafishly constructed shells full of spiders and spider eggs and stale air and discarded Mounds wrappers, and as such utterly incapable of doing the things they’re supposed to do—is both obvious and somehow immaterial. There’s nothing much to be done about it, although it would be nice if someone did something about all those spider eggs. You just notice that the institution-shaped thing isn’t really doing any of the stuff it’s supposed to do, and that there’s also a kind of funky musty smell coming from it, and then you move on with your day.

It is unfair to compare the Colorado Rockies to, say, the United States Senate, although I am not quite sure to whom it is unfair. Expectations are deservedly not especially high for either, and while it’s possible to remember a time when both seemed to function better than they do now, that might also just have been the kind of trick that memory plays at times when the present seems too ridiculous or grim to believe. In both cases, about the kindest factual thing that can be said about either is that they continue to exist. To go beyond that, to assessing what they do and how effectively they do it, is to be both speculative and generous. 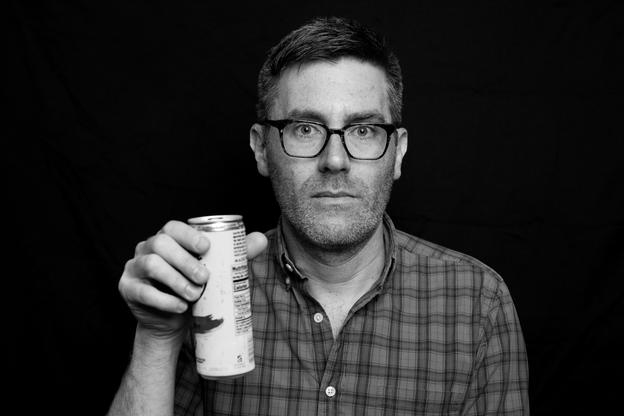 The Rockies have been more bad than good over the last two decades, but their most distinguishing aspect in recent years has been how inert they are. Front-office jobs are passed through an inner circle of devout executive mediocrities, all of whom mostly just transmute the strange whims of ownership—which sometimes wants to win, if never enough to listen to anyone who might know more than them, but always demands prompt service—into a baffling, passive, heroically confounding approach. Things sometimes happen but mostly don’t, and attrition gnaws away at all of it; years pass like this. The organization is broken and bad in the ways that poorly run family businesses are broken and bad, and it is like that because they are run by the grumpy-goofy scions of a very rich family in precisely the way those men choose to run it.

Gone are the days when this led to things like signing shortstop/outfielder Ian Desmond to play first base, or sprinting through a furious Supermarket Sweep-style spree on middling middle relievers; more recently, the management style has been “do as little as possible.” At last year’s trade deadline, teams interested in discussing trades didn’t know who in the club’s ultra-atrophied front office they would even talk to in order to do that; players on expiring contracts, who were not going to return, simply played out the end of those deals and left. When the team hired Scott Van Lenten away from the Nationals in September to head up their research and development department, that department consisted of one person. “I wanted to make sure they were going to provide the resources, make sure they were going to be supportive and have a real vision and are going to have the resources to do it the right way,” Van Lenten said at the time. When the team fired him last week, for what The Athletic’s Nick Groke described as “significant differences of opinion,” the department remained one of the smallest in the sport. The team announced that the position Van Lenten vacated would not be filled.

Even amid the broader purgatorial insignificance that ruled the sport in the days before the players and owners agreed on a new CBA and baseball started back up again in earnest, the firing barely rated. The Rockies are not an especially relevant team, or especially close to becoming one, and because of how they are run and who runs them, it is easiest to imagine them proceeding more or less as they have, indefinitely. They will produce some young players and watch them leave, and they will make some moves here and there, never for any reason beyond the pursuit of some fleeting and essentially random ownership whim. What struck me about Van Lenten’s five-month tenure and Colorado’s seemingly abandoned attempt to become a contemporary MLB franchise—to at least build a convincingly robot-passing superstructure for themselves—was how fitful and grouchy it all was. Whatever that “significant difference of opinion” might have involved, it clearly resolved to the question of whether any of this needed doing at all. The side that believed things like having a working facsimile of a contemporary big-league front-office is good does not seem to have won that debate.

If there is anything noteworthy about the Rockies, it is how committed they are to leaving the shell empty, how important it is that they do the absolute least they can everywhere and every time they have the chance to do it. With Saturday’s signing of José Iglesias apparently marking the end of Trevor Story’s time with the team, it can now be said that the Rockies haven’t even bothered to tank in a way that aligns with contemporary best practices. They just let another generation of homegrown players walk for nothing at all in return, and for reasons that the people in charge either weren’t capable of explaining or simply didn’t feel obligated to do so. What is there to say, really?

There will be some worse teams than the Rockies, although all those teams are actively trying to be worse. There are many better teams, too, and even the most checked-out of those will work harder at it than the Rockies, if only by default. But no team in baseball better exemplifies the entitlement and abstraction and spiteful-cynical rich-kid lassitude that led baseball into its lockout—Colorado owner Dick Monfort is the chairman of MLB’s labor policy committee, which does feel significant—or more fully embodies the crisis that remains in a league where owners are willing to risk the survival of the sport to protect their own right not to be inconvenienced, and to do only and always exactly what they want. If they can care at all, it will mostly manifest through complaints that the empty thing they made isn’t working the way they wanted it to. Some people may lose their jobs over that around the edges. Overall, though, they will go on doing as little as they can, for as long as they can do it. Everyone else, as everywhere else, will just have to make the most of it.