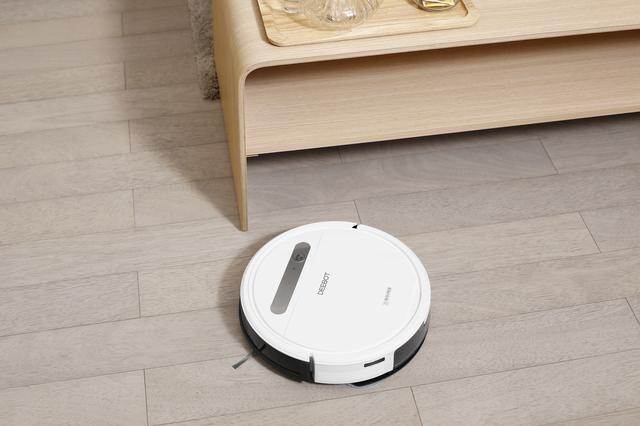 No doubt you’ve heard of them before and if you’re anything like us when it comes to ALDI’s Special Buys, we bet you already planned to buy one WEEKS ago.

Well today’s the big day – Today the cult favourite, and super cheap might we add, Ecovacs Robotics Vacuum cleaner hits that infamous middle aisle in ALDI stores across the country.

If you don’t get what the big deal is about this bad boy, let us inform you. The DEEBOT OZMO 610 not only vacuums, but MOPS your floors without you having to even lift a finger.

Like literally, no finger whatsoever seeing as you can control it using your Google Home or Amazon Alexa! Of course if you don’t have a voice command device you can also use the handy app or the remote control.

Not only that, but this robo-vac is literally SO CHEAP compared to others on the market, coming in at just $299!

So you can understand why people are likely to go flocking to their nearest ALDI store today to get their hands on one.

But before you fork out the cash, we bet you’re wondering, does it actually work? Or is it more of a gimmick than a time saving, cleaning machine?

Well luckily for you, we’ve appointed ourselves as very unofficial product reviewers and have tested the Ecovacs Robotics Vacuum cleaner for you so that you know exactly what you’re buying.

This is what we thought of it:

First things first – unpacking the goodies. The DEEBOT OZMO 610 really does come with the whole kit and caboodle and we were pretty impressed from the get go.

Not often do you buy an electronic product such as this that actually has spare parts included in the main purchase, but that’s exactly what you get here! After unpacking everything we found that it came with spare brushes, an extra mop cloth, different heads for the vacuum depending on the type of suction you want, and various filters.

Now that really is bang for your buck! So we’re certainly off to a good start before we even begin cleaning! 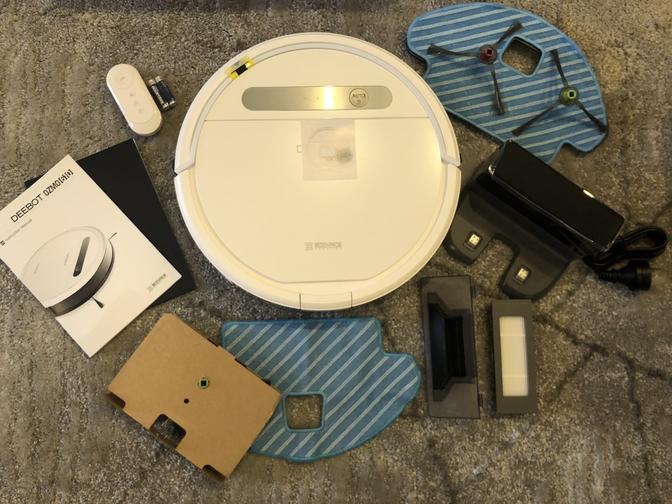 The next thing you’ll need to do is set up the Vac. And while it looks a little complicated with all of the different parts, it actually proved to be super easy.

You just attach the two bushes to the bottom, plug in the charging port to a power point and set up your preferred operating method (you can choose between voice command, the provided remote control, or their app Ecovacs Home).

Simple as pie! The only real down side is that if you’re planning on getting the cleaning done straight away, think again. You actually need to charge the Bot for about four hours before it’s first use. While it’s annoying to have to wait to use your new robot, it is of course expected with an electronic device such as this one.

Now for the actual cleaning part. Does it live up to all the hype?

For the purposes of testing this product, I used it on my living room area, which is just a flat, wooden area with some big furniture items inside, such as a dining table and lounge.

The first thing you need to do is make sure that there’s no trip hazards in the area that you wish to clean, such as power cords or any lose items. Because just like you when you’ve had a few too many wines, the robo vac can sometimes get a little clumsy with these things.

Then it’s time to press go! I decided to control it using the app for my first try, which proved very handy! I literally sat from my couch, and pressed the ‘auto’ button to make the bot start moving along the floor and start the vacuuming and mopping process.

I could then customise the the flow of water for mopping and the pressure of the suction for vacuuming, all while kicking back and relaxing! You can then watch along on the app to check on the status of the clean and watch where the bot moves! I have to say, this was very easy to use and very handy!

While we warned you to move away any lose items, the bot is actually very smart with where it moves! Once it hits an object, it bounces back and turns on itself to go in the opposite direction, and if you have any steps it will sense this and won’t go falling down.

So you can know with certainty that you can start the clean and just let it do it’s thing while you go off and do yours.

Once the clean was done and the bot had made it’s way over the entire space, I inspected the floors and I have to say, I was pretty darn impressed!

My floor was quite dirty to begin with, but after a quick once over with the DEEBOT OZMO 610 it was sparkling! Not a skerrick of dust or dirt was left behind so the suction on this bad boy really must be powerful (As previously stated, my floor was VERY dirty… I live with a tradie okay don’t judge).

The only downside I would say is that the large round shape of the bot makes it a little difficult to get into tight spaces, so there will be a few spots around the house that you will probably have to vacuum manually. But that’s really only around spaces like the toilet in the bathroom or a door stop near the doorway.

The mopping feature is also very cool, but we’d say that it’s better for a general clean rather than a deep one. If you have any really tough stains to clean you’ll definitely need to use some elbow grease on those.

But overall, I was very pleased with the way my floors looked after use! And what was even better is that while the bot is doing all the work, you can literally do anything else that you feel like!

I chose to use the time to do the dishes and tidy up the rest of the house, but you could really just watch some TV, read a book or enjoy a nice glass of wine while your house is cleaned for you!

So should you buy the Ecovacs DEEBOT OZMO 610 from ALDI today? Well let’s just say, you definitely won’t be disappointed!

But if you want to get your hands on one, you’d better be quick! They go on sale in the Special Buys section TODAY and are likely to fly off the shelves. So good luck to you, and enjoy your stress free, clean!