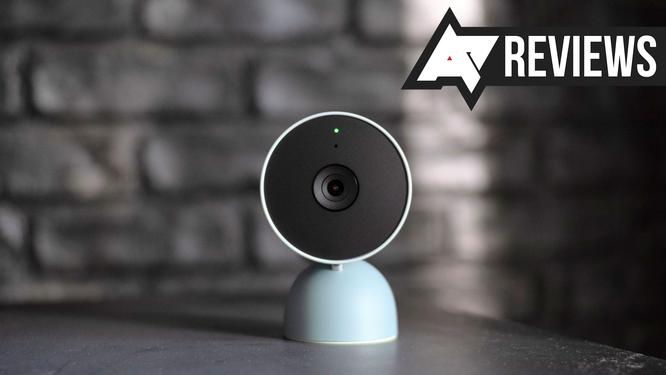 Google released a few new Nest cameras this year. By and large, we haven't been very impressed with them: they're pricey, they all but require a monthly or yearly service subscription, and the Google Home app you have to use to manage them is clumsy at best.

The new indoor Nest Cam has all the same problems, but by virtue of being considerably less expensive than the other models, it's the easiest to recommend. That's not a terribly high bar, but for some Google-centric households, this Cam could be a nice addition.

Google's new indoor Nest Cam is small and attractive, but video quality is just okay. The camera also isn't much use without subscribing to Nest Aware for $6 or $12 a month.

Design, hardware, what’s in the box

The Nest Cam really embodies the borderline toylike look a lot of my favorite Google hardware designs share. Its bulbous, swiveling body mounted on a small stand reminds me of a big-headed cartoon robot. It’s conspicuously cute, which is no mean feat for a security camera.

It comes in four colors: white (“Snow”), pink (“Sand”), blue-gray (“Fog”), and taupe (“Linen”). All four colorways are pleasant and trendy, and subdued enough to not jump out without being too boring. This Fog model I’m using complements my existing decor pretty well, but it’s hard not to be jealous of Sand’s slick wood base. I wonder why Google limited non-plastic bases to one color — especially the one I’d think would be the most niche out of these four.

I also wonder why Google opted to build the power cable into this model. Newer construction has power outlets everywhere, but I live in an older building, and the only wall it makes sense to put the Nest Cam against in my place doesn’t have any. The cable’s 10 feet long, which is just enough for me to snake it across that wall, down the corner, across the baseboard, and up to the nearest outlet — but it’s not hard to imagine a situation where 10 feet isn’t enough, especially since people tend to mount security cameras high up. The 2017 Nest Cam Indoor had a detachable cable, so this seems like a regression.

Less critically, the cable is also white on every model, and since it’s built in, you’re out of luck if you want it in any other color. I have to think a large percentage of people buying pink-and-woodgrain security cameras have walls that are some less conventional color, but even against my perfectly normal gray walls, the white cable sticks out like a sore thumb. Short of being user-replaceable, color-coordinated cables would’ve been nice here.

If you want to attach the camera to your wall, the bottom of the Nest Cam’s base (which, frustratingly, is color-coordinated with the rest of the camera) unscrews, making it a cinch to mount: screw the bottom of the base into the wall using the included mounting hardware, pop the rest of the camera onto that, and that’s it. The little space inside the base makes a handy place to stash the QR code sticker used for setup in case you need it again later, too.

New Nest products don’t actually use the Nest app anymore; now, everything lives in the increasingly dense Google Home app. I’ve only used the Nest app for a single camera — the one in the Nest Hub Max — so I’m not especially bothered by this transition. The Home app is pretty packed with features by now, though, and the way it’s all organized is… not great. Even so, in-app setup is as easy as scanning a QR code, and your camera feeds live behind an easy-to-spot Cameras button, accessed from Home’s, er, home screen.

Those feeds are presented in a list (that you can’t rearrange), and on/off controls are clear as day. It’s relatively easy to see events your cameras have recorded, too: tap the camera you want, then History. 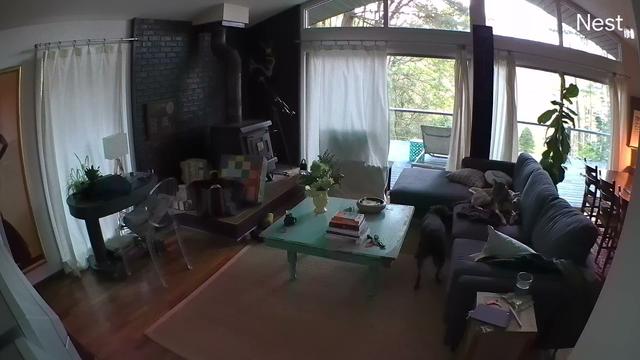 Setting up activity zones, a crucial feature that was tied to the Nest Aware subscription before this hardware generation, is way less straightforward. For that, you tap the settings gear on your camera view, then Events, then Seen events. From there, it’ll be obvious what to do, but there’s nothing in the app’s UI that nudges you in that direction. Nest obviously wants to be a smart home brand that appeals to regular people, but even as someone who messes with this type of stuff constantly for a living, I had to blindly root around for more than a few minutes to figure it out.

Opaque as setting them up is, having zones without a subscription is great. You can draw boxes on the camera’s live view that tell it what kind of things it should pay attention to in what areas. My camera generally sits where it can see a window, for example, so I drew a zone around that to ignore all motion it sees outside. Since I have dogs, I also set a zone for the rest of the room that’s supposed to alert me to people, but not animals.

That type of recognition doesn’t work flawlessly; I’ve gotten a handful of notifications that a person was seen in my place while we weren’t home, which never fails to startle me. But event notifications are accompanied by animated previews, so it’s not hard to see at a glance when the camera misidentified a dog as a human.

Everything about Nest Aware is kind of obnoxious.

Notifications arrive fast; my camera is set to turn on when everybody leaves and off when everybody’s home, and because presence detection works on a bit of a delay, I’m usually alerted that a person was seen before I even close the door on my way in. That eagerness to alert me to activity is reassuring.

Google touts a feature called familiar face detection that's supposed to learn what faces your camera frequently sees over time to only alert you to people that aren't usually around. On these new cameras, that recognition is handled at the local level, no server ping required — so it's a little obnoxious it's a paid Nest Aware feature. But then everything about Nest Aware is kind of obnoxious (more on that in a bit).

The Nest Cam has a 1080p sensor with IR night vision under a 135-degree wide-angle lens. Video quality is okay. At full HD, footage is clear enough at full size, but if you need to crop, it gets muddy quick. Depending on how large an area you have the Nest Cam watching, you might not be able to identify faces on the opposite end of the room.

Clips of events are stored online for all of three hours unless you pony up six bucks a month for Nest Aware, which pushes that limit out to 30 days. Nest Aware Plus — $12 a month — stores clips for 60 days, plus lets you review everything your camera has seen, 24/7, going back up to 10 days. If the Cam loses its Wi-Fi connection, it can locally store up to an hour of footage to upload later — though, of course, there’s no microSD slot to extend that.

Now, I’m not necessarily opposed to locking premium features behind a paywall; storing data remotely costs money, after all. But three hours is an absolutely ridiculous limitation. You could very easily miss a notification for longer than the clip is saved and be left with no footage of the event.

Even if you do spot the notification in time, downloading recorded video clips is positively arcane: when viewing a clip in the Google Home app, the download button only appears when you’re looking at the Event details view, but in a spot that’s nowhere near that view’s overlay. (This is such a strange design choice I thought it was a bug, but Google's confirmed to AP it's intentional.)

The Nest Aware situation really irks me because I’m already paying Google for cloud storage space through Google One, and every other Google product I use — Photos, Drive, Gmail — is perfectly happy to share that same storage pool. Hell, I can even share it with other people. I could, theoretically, not pay for Nest Aware and manually save every video to then upload to my Drive storage — but that’s a hassle nobody should be willing to deal with. It wouldn’t solve the three-hour clip lifespan problem, either. I think a fairer solution would be bundling Nest Aware with Google One and attaching a smaller premium to Nest Aware Plus, but as it stands, be aware you’ll have to pay a discrete subscription fee indefinitely if you want the Nest Cam to be at all practical.

With the right expectations, sure. This year’s new Nest Cam arrived alongside a bunch of other new Nest cameras: the Nest Cam Battery, the Nest Doorbell, and the Nest Cam with Floodlight. Of this crop of cameras, the indoor-only Cam is the least expensive by a wide margin: with no battery or weatherproofing, it costs $100 at MSRP, and we’ve already seen it on sale as low as $70. At those prices, I could see someone already invested in the Google Home ecosystem being satisfied. The Nest Cam sports distinctive hardware in a number of finishes you won’t find from the likes of Arlo or Wyze, and overall, it’s adequate at what it does.

The Home app is a headache to use, and while $6 a month is hardly a lot of money (that’s two cups of crappy drive-thru coffee!), plenty of people will be understandably put off by the prospect of yet another recurring monthly fee, small or not. If you’re one of those people, you won’t like this camera. But image quality is decent enough, audio is clear, and notifications are fast and customizable. If $100 plus $6 a month for that sounds reasonable to you — or if you’ve got other Nest cameras and you’re already paying for Nest Aware — go for it. Just don’t expect to be amazed.

We hope you like the items we recommend and discuss! AndroidPolice has affiliateand sponsored partnerships, so we receive a share of the revenue from some of your purchases. Thiswon’t affect the price you pay and helps us offer the best product recommendations.

Taylor was a phone nerd long before joining Android Police in 2018. He currently carries a Pixel 6 Pro, which he uses mostly to take pictures of his dogs.