www.androidpolice.com Wyze Robot Vacuum review, one month later: Better than it has to be at this price 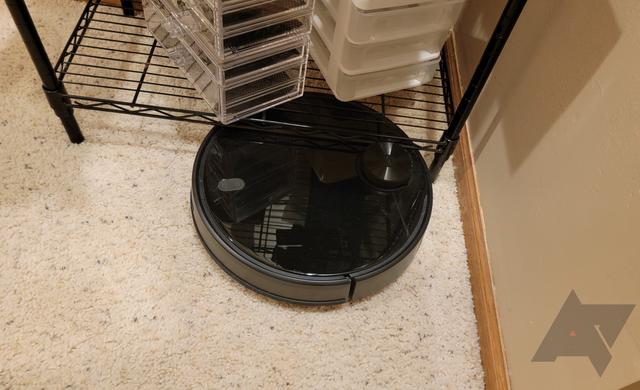 Wyze has made its name in the US by offering competent smart home hardware for startlingly little money—$20 for a camera, $50 for a smart thermostat, and so on. The $250 Wyze Robot Vacuum is by far its most expensive product, but it's still cheap compared to the competition. This device sports full 3D mapping, scheduling, and it's got an app that isn't terrible. Most importantly, it does a very good job cleaning, assuming you don't mind a little noise. Unfortunately, you can't control this device with Google Assistant, but that's one of the few drawbacks.

THE NOT SO GOOD

Design, hardware, what's in the box

If you've seen one robot vacuum, you've seen them all. There's nothing that visually sets the Wyze Vacuum apart from hundreds of other vacuums. In fact, I'd wager the hardware was manufactured for Wyze by someone established in the industry. The Wyze Vacuum is a black plastic puck that rolls around your house, and the glossy finish shows every bit of dust or strand of hair that gets on it. The small buttons on the top can start cleaning cycles or send the robot back to charge without opening the app.

The top flips open to reveal the dust bin and small cleaning brush/razor. The dust bin snaps in securely, and it doesn't leak dust all over as you take it over to the trash. The underside has all the sensors, vacuum components, wheels, and edge brush. The wheels are larger than the ones I've seen on many other vacuums, and they've got deep tread to help the robot negotiate thick carpet. Like all robot vacuums, the Wyze unit has sensors that tell it when it's about to fall off a ledge or when it bumps into a wall. These all work as expected, but that's a bare minimum for a robot vacuum. The Wyze offering is more impressive when you figure in the aforementioned mapping. It's got a LIDAR sensor on top, allowing it to know where walls and objects are, a feature usually reserved for more expensive units. The map it generated for me was accurate, even with what I would consider a moderate amount of clutter.

A lot of robot vacuums have awkward charging docks, which leads to mishaps when the robot tries to return after a cleaning cycle. The Wyze dock is not particularly prone to catastrophe—it has two springy metal contacts that touch corresponding metal panels on the back of the robot. I've been using the Wyze Vacuum for about a month, and it's only needed help getting back on the charger once, and that was because the dock's cable became tangled in the wheel -- Wyze hasn't solved that little annoyance. 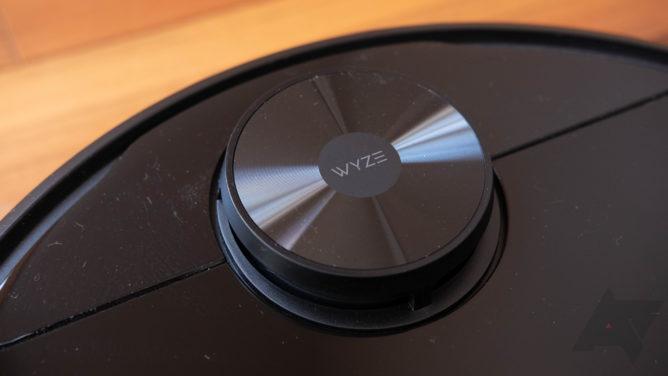 The robot comes almost entirely assembled in the box. All you need to do is plug in a few brushes and the dust bin to get started. You get a spare filter and edge brush, which are probably going to be the first things to wear out. The app will warn you when it's time to change them (see below).

Setting up the vacuum is relatively painless, relying entirely on the Wyze app — that's the same app that controls Wyze cameras, sensors, and other smart devices. Compared to other home security apps, Wyze has some work to do. However, it's very good compared to many of the smart vacuum apps I've used. It's a low bar, but Wyze sill earns some points here. Once my vacuum was updated with the latest firmware, it popped up in the app and connectedmostly without incident. I did have to try linking with Wi-Fi twice, but that's common for 2.4GHz smart home gadgets on mesh networks.

The mapping is very accurate. The star-shaped object in the middle is my chair.

I'm happy the app is usable because there's no Assistant support right now. That's a bummer as I prefer to just shout at my house to make things happen whenever possible. Wyze supports Assistant on other products, so I can only hope the vacuum will get into Google's smart home ecosystem soon. The same limitation applies if you're an Alexa person — Wyze doesn't support it, and I can't tell you when or if it will.

The first time you run the vacuum, it uses its LIDAR sensor to map out your space and assign room designations. I don't often agree with what it decides to call a "room," and the manual editor is buggy. I did eventually get it set up the way I wanted, though.

The map allows the Wyze Vacuum to intelligently plan its cleaning routine, which you can watch in real-time via the app. Watching unguided robot vacuums randomly bump into walls in the hope they will eventually hit every nook is a surprisingly frustrating experience, so I'm very pleased to see a vacuum with laser mapping at such a low price. You'd usually have to pay a few hundred more for this kind of performance.

I tested the robot on a mostly carpeted floor of my house measuring about 350 square feet. I walked around eating a Nature's Valley granola bar prior to testing, meaning about half of the bar ended up on the floor (I'm pretty sure that's the accepted ratio). In high suction mode, the Wyze vacuum had enough power to finish the job with 15-20% left in the tank. This mode collected all the surface crumbs and even fluffed up the carpet a bit as it pulled out deeper grime. At normal suction, the robot got all of the visible debris off the carpet, but it didn't look as "clean" afterward. I still prefer to run the vacuum in strong mode despite the noise -- that doesn't bother me because I would expect a capable vacuum to be loud, and it's not like I even have to be in the room when the Wyze bot is doing its thing.

I've used robot vacuums that seem to need a helping hand every time I turn around — they might end up wedged under a shelf or trapped in a corner, an LED blinking red as it begs for rescue. That's only happened to the Wyze Vacuum once. Those beefy wheels seem to be able to pull it out of almost any tough spot. I can leave the room with the Wyze bot running, reasonably confident I'll come back to a recharging robot and a clean floor. It even manages to drag itself up on tall carpets that lesser robots would mark as a wall.

Yes. The Wyze Robot might be more expensive than other Wyze products, but it's a great value in the world of autonomous vacuums. The app is capable, despite some minor annoyances, and the setup process was tolerable. That's above average for smart home gadgets. And that's really the worst thing I can say about it. The robot cleans well enough that I look like a productive adult, and the mapping features work as intended. I can only think of two times I had to physically intervene to help the robot, which is better than the other robot vacuums I've used.

The best thing about the Wyze Robot Vacuum is that you're only paying $250. You won't see features like 3D mapping on similarly priced vacuums from other manufacturers like Roomba and Ecovacs, which want $100-200 more for LIDAR sensor-equipped vacuums.

I've been using the Wyze Vacuum regularly over the last few weeks, and I still like almost everything about it. It cleans as well as any robot vacuum I've ever used, and the battery lasts long enough to clean an entire floor of the house—about 340 square feet in total. I've also come to appreciate that the robot voice is less grating than the Ecovacs unit I had in here before. It's also been better at route planning and has not missed areas after a post-launch update.

One of the primary advantages of LIDAR-equipped robots is that they're less likely to get stuck. Indeed, the Wyze Vacuum completed most of its cleaning cycles without incident. It got itself stuck once in an out-of-the-way corner, though (see below).

As you can see, it really wedged itself in there. The bottom of that shelf is just high enough that it avoids the sensor bar, and the LIDAR probably wouldn't have seen that as a solid object. I added a virtual wall to keep this from happening again.

I've also noticed some issues getting the robot to charge. It's fine nine times out of ten, but placing the charging dock on carpet can leave it a bit tilted one way or another. If it's not level, the robot's contacts might not line up correctly, and it won't recharge. If you've got thick carpet, this will be more of a concern, and you might need to help the robot find the charger on occasion.

None of this is surprising, and I'm still pleased with the device. In fact, I would probably buy several more for the house if not for one glaring omission: there's still no Assistant support. The Wyze app isn't bad, but I'd prefer to be able to control the vacuum by voice and in the Home app where I manage all my other smart home things. That's not a deal-breaker necessarily, and I might still buy more of these. I would just really like Assistant support.

Ryan is a tech/science writer, skeptic, lover of all things electronic, and Android fan. In his spare time he reads golden-age sci-fi and sleeps, but rarely at the same time. His wife tolerates him as few would.He's the author of a sci-fi novel called The Crooked City, which is available on Amazon and Google Play.