Amazon has released it's new Echo Show 15 device, a smart display. The gadget is aimed primarily at busy families, as a device to collate and organize everyone's schedules. The display can be mounted on a wall or rested on a tabletop with a compatible stand. Whatsmore, you can use the Echo Show 15 in either landscape or portrait, to better suit your needs.

The Echo Show 15 allows you to select the widgets that are displayed on the home screen, such as a calendar, sticky notes, shopping lists and the weather. Each household member can set up a visual and voice ID, which allows the display to show a personalized view for that person. 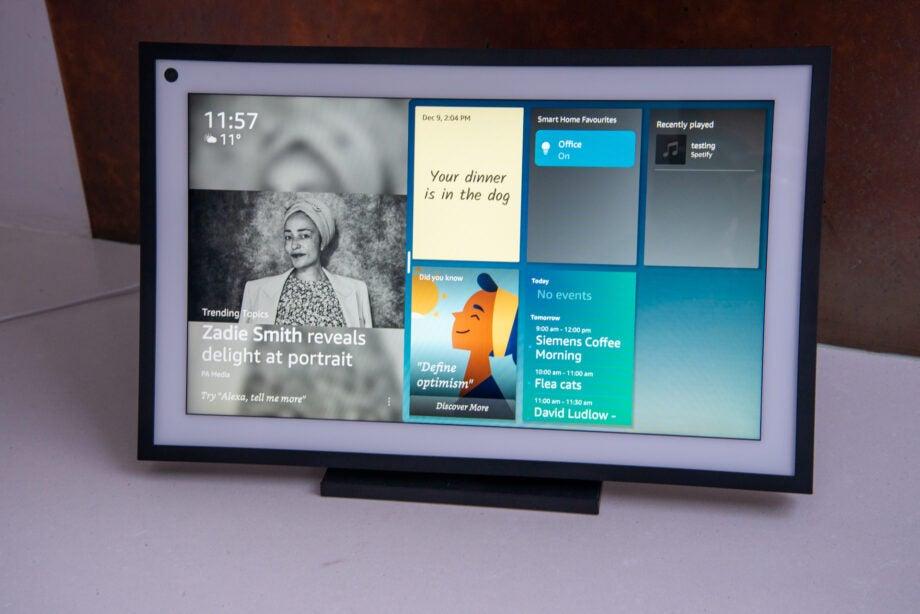 This new smart device is also handy in the kitchen, with the ability to suggest and display recipes for you. Plus, you can use the gadget to play music or video. The Echo Show 15 can act as a digital photo frame when not in use and has a low power mode to reduce energy consumption.

You can control the device with Amazon's Alexa voice assistant. However, it is worth noting that the display does not have a Zigbee smart home hub, reducing the number of compatible smart home devices. From a privacy perspective, you can turn the mic and camera off, plus there is a built-in camera cover.