Everything LG announced for the smart home at CES 2022 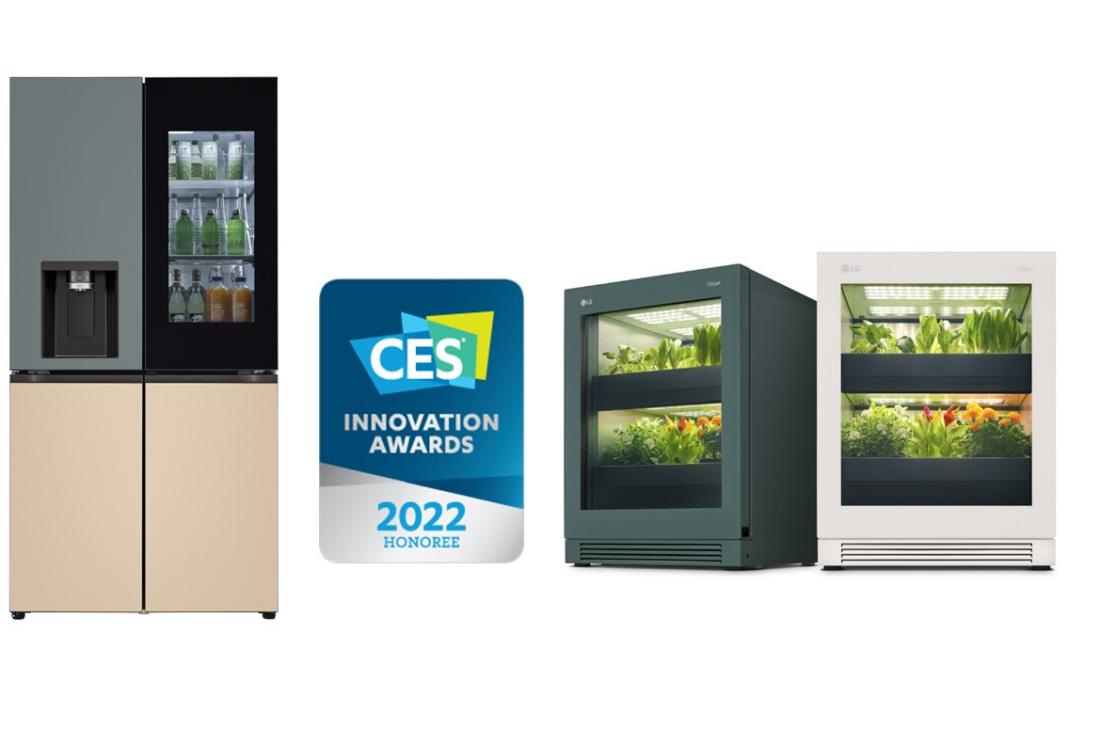 LG has almost always had a presence in the smart home space, but the company made that clearer than ever before at CES 2022 with a flurry of new smart home devices aimed at improving people’s lives. From improving our air quality and turning us into the perfect cooks to adding more settings to washers and dryers, the LG ThinQ app plays a larger role than ever before.

The company aims to not only improve your air quality, but also your comfort with the LG PuriCare AeroTower. Not your ordinary air purifier, the PuriCare AeroTower is also a fan and a heater. The model supports three airflow modes (with 10 levels of intensity each): Wide, Diffusion, and Ddirect. Depending on the model, you can add heat (up to 86 degrees Fahrenheit) to any airflow mode. The unit uses multistage True HEPA filters to effectively capture most particles floating around a room. It also uses ultraviolet-C light to help combat bacteria. For those who want to check on the air quality, they can look on the device or check out the LG ThinQ app on their phone.

Adding to its oven line, the company unveiled the LG InstaView Double Oven Range and Over-the-Range Microwave, which seamlessly integrate with the LG ThinQ Recipe service. The idea is on par with what we’re seeing from other manufacturers that are tying kitchen appliances to an app. Using the Recipe service, you can search, plan, buy, and cook everything you need for the recipe. There’s also a Scan to Cook feature that allows you to scan the bar code on a frozen meal food box to receive the right cooking directions and send them to the LG oven. 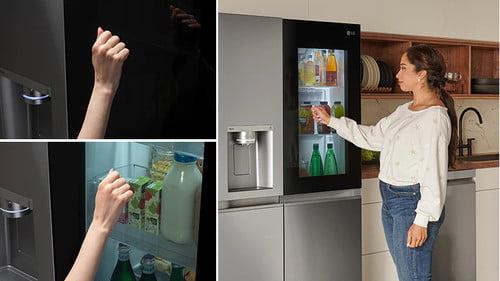 The new oven and microwave have plenty of interesting features of their own. Since they’re both part of the InstaView line, you can knock on the glass to turn the light on inside each oven. The double oven sports ProBake, which evenly cooks meals faster using precise temperature and airflow control. The oven also sports air fry and air sous vide modes. This means you can remove two small appliances out of your kitchen arsenal if you’re pressed for space. The microwave uses Steam Cook technology to help make foods taste less like they came from the microwave and more like they’re from the oven. The Slide-out ExtendaVent on the microwave is useful for getting rid of any smoke or lingering odors that come from cooking on the stove.

LG also showed off one reason you might actually want an app for your washer and dryer. LG washer and dryer owners can use the LG ThinQ app to add more settings to their units, just by updating the app.

The LG Tiiun, which is about the size of a wine fridge, is designed to help even the newest gardeners cultivate veggies and a green thumb. The self-contained unit has two shelves that will hold six seed packages — each with 10 holes for seeds. The Tiiun uses the latest technology to create the optimal light and temperature needed for plants. The company says you’ll start to see growth of veggies or flowers within four to eight weeks. Of course, you can monitor all the progress on the LG ThinQ app.

Curious about the name? It actually means “to sprout” in Korean — an appropriate moniker for such a nifty device. If you want fresh herbs or salad greens year-round without the hassle of caring for an outdoor garden, the Tiiun is the perfect solution. While not available for purchase right now, the promise of a year-round garden is just the thing to get you through the cold winter months.

LG’s InstaView Door-in-Door fridge lets you take a peek inside your refrigerator just by knocking twice on the door. Opening the door wastes a lot of energy, so if you’re just browsing for a snack or checking to see how much milk is left before a trip to the grocery store, a quick knock will tell you everything you need to know.

A bonus feature is the slow-melting craft ice that’s automatically produced by the ice maker. UVnano technology automatically removes up to 99.99% of bacteria on the water dispenser.

LG also announced a slew of new OLED TVs in a variety of sizes along with some fun new fitness apps you can use on the TVs.