Google Home Mini Review: Should you still buy it in 2022? - Dignited 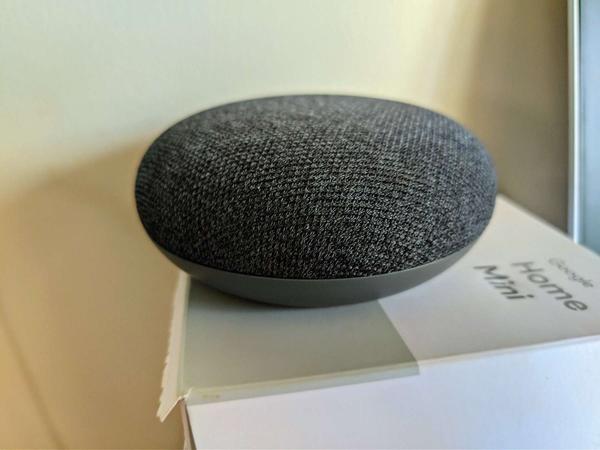 Experiencing the Google Home ecosystem reminds me strongly of strangely relatable Ultron singing “I had strings but now I am free.” The Google Home speakers are where the Google Assistant resides when not in your Android smartphone or on your Smart TV.

The Google Home Mini is a 1st Gen product from Google that has since been superseded by the Google Nest Mini. On the plus side, it’s cheaper without losing too much ground on features.

The most defining feature of the Google Home Mini is its design. Picture a donut but without all its doughy, gooey sickly sweetness minus the hole. Dress that up in chalk, charcoal, and coral-colored fabric, complemented with silicon and you got yourself a speaker.

Underneath this layer of clothing, are hidden capacitative touch controls and LEDs to indicate that Google Assistant is listening or thinking. There aren’t any protrusions topside but tapping the left side should reduce the volume while the right side should increase it. Tapping the device used to trigger the device to play/pause or activate the Assistant but has since been permanently disabled. As it turns out, a bug caused phantom taps that kept triggering the device.

A physical button on the side can disable the microphone if you feel creeped out by the unsolicited wiretapping. Although turning that off invalidates the whole reason to have a Google Home speaker at all to begin with. There’s also a tiny reset button at the bottom. You might miss it if you’re not paying attention. It will reset your device quick and easy.

Being the first generation old tech that it is, don’t be surprised by the Micro-USB port. It is what it is. The Google-branded power adapter that comes with plugs into a socket. Powering the device from a USB port might not offer a smooth experience because of power draw issues.

I don’t know how many of you actually use the Google Assistant on your Android device. I know I don’t. It’s quite unnecessary when my rapid-fire thumb is just a swipe away. The Google Assistant makes perfect sense on my Google Home Mini because I get to call up whatever I want in short order be it on Spotify, Netflix, YouTube, name it. I can control the lights, the smart cameras, thermostat e.t.c.

I can’t say how many times I’ve given up on my entertainment because the prospect of searching for a remote control or smart phone that’s playing hide and seek just wasn’t appealing. 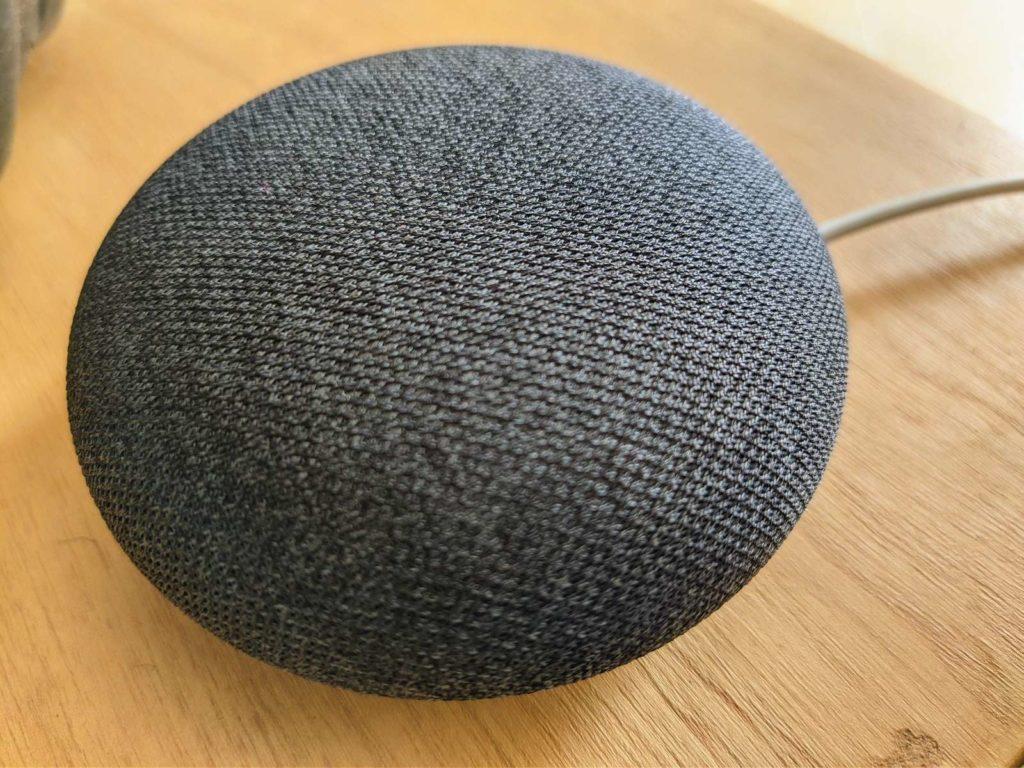 My morning starts with saying ‘Hey Google, I’m up’ after which I get the 411 on the weather, my battery level, today in history and news from my subscriptions. I then set the mood with a request depending on how I feel that day. It could be 70s funk or hip-hop from the 2000s on Spotify. If there’s a track that resonates deeply with me, I can simply say, “Hey Google, I like this song.” And just like that it would be added to my playlist.

The Google Assistant makes perfect sense out of my phone as it’s a touch-leaning device to a speaker that’s a ways off. It almost feels like having your own J.A.R.V.I.S doing your bidding. Throw in some smart lights and a few other gizmos and you’re on your way to a smart home.

The Google Home mini is a teensy weensy speaker has tech for other smarts besides just pumping out sound. So it’s no surprise that it’s intended to be a complementary speaker rather than a daily driver.

It uses a 40mm driver for sound output, similar to what you get in large headphones. That’s not much for a speaker. But guess what? I have used it for days on end without much complaint. When you have better speakers in the house, you will notice the sound variance immediately. In that case, it’s better to connect your soundbar or speaker to the Google Home Mini via Bluetooth for a deeper, richer sound. In a pinch though, it will suffice.

I fiddled with the settings in the Google Home app to squeeze some out some more bass. What you get is decent sound quality and clarity. There might not be much bass to jam to, but there’s a hint of bass that might be less punchy but still enjoyable. You can’t expect much from a donut after all.

I noticed that my Google Home mini appeared to have mic blindspots despite the circular shape. The spec sheet mentions two far-field microphones but the farthest I could be heard was about 16 feet away. Full frontal picks up my voice best quite a distance and the sides do the worst job of it. When I was a ways to the side, I often caught myself shouting to get myself heard.

I also noted that once the mic is on, the Google Home mini picks up the rest of my commands just fine. Although there are instances when the search results don’t remotely sound like what I just asked.

For instance, I can’t seem to get Megatron by Nicki Minaj on Spotify via the Google Assistant and yet the track is there when I search for it manually. A few other search results have brought totally unrelated results that I was like, wait what… What’s more, when it’s a dialogue, the Google Assistant sort of zones out and won’t answer my summons.

On a last note, the bug that has been mentioned often is the Google Home Mini triggering abruptly and asking your pardon because it didn’t hear what you said. It’s quite alarming and creepy.

In case you haven’t noticed, I have only mentioned a fraction of what the Google Home Mini is capable of. My region (East Africa) like so many others never experience the full experience of most devices built with the US, Canada, and perhaps a handful of European countries in mind.

While Netflix shows up in my Google Home app, I can not use the Google Home Mini to play anything on Netflix due to geo-restrictions. Other streaming services like Disney+, Hulu, Paramount+, Sling, Viki, Starz and even YouTube Kids don’t show at all unless I use a VPN.

While I get Spotify, thank goodness, I don’t get YouTube Music, iHeartRadio, Apple Music, Pandora, Deezer e.t.c. I don’t have Live TV or Podcasts. Neither can I make calls unless it’s via Duo. I also don’t get Nest Aware either and it’s not from lack of trying. These apps don’t support most regions outside their privileged enclave in the Northern Hemisphere.

Is it still worth it?

The release of the Google Home Mini brought some much-needed competition for Amazon’s Echo Dot. Since the release of later generations (Google Nest Mini), a lot of online and offline stores are selling them for a giveaway price.

As a complementary speaker, the Google Home Mini evades most of its limitations in sound when you connect it to a better sound system. But for its price, I would say, it’s still a steal, and if not, a good inexpensive introduction to smart speakers.

Price and where to buy