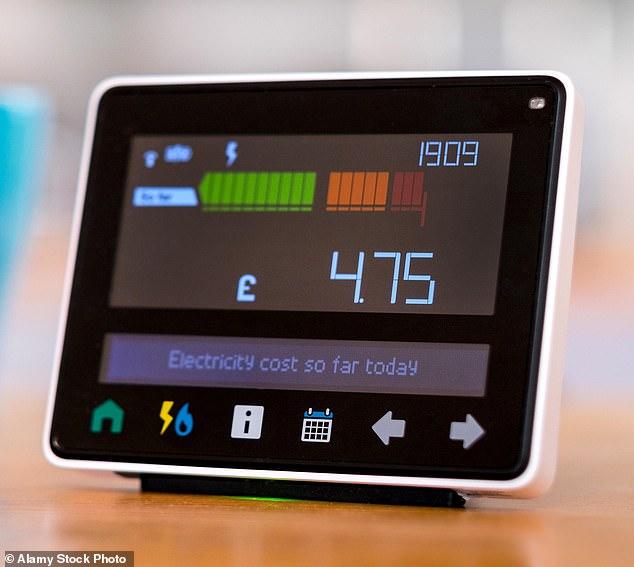 They've cost £11billion to install – so far – and are supposed to help us save money on our energy bills.

But the vastly expensive roll-out of smart energy meters is being described as a 'waste of money' – because the equipment will become obsolete.

Smart meters currently rely on outgoing 2G and 3G mobile signals to operate. But mobile operators plan to pull the plug on them.

When they are turned off, the meters will become 'dumb' and be no better than the traditional devices they replaced.

The only remedy will be the installation of new smart meters or replacing a part of existing ones – at huge extra cost.

Some areas in Scotland and northern England run on long-range radio communication rather than using mobile network signals and might not be affected by the change.

More than £11billion has already been spent putting smart meters into 24million homes – a cost paid for by all energy users through higher bills.

HOW THIS IS MONEY CAN HELP

And the spending, against a backdrop of soaring energy costs, has not finished as a sixth of homes have yet to adopt smart meters.

It means customers will have to pay another £2billion for smart meters that will not work beyond 2033.

Alex Henney is a former Government adviser who worked with Secretary of State for Energy, Cecil Parkinson, in the late 1980s on energy privatisation.

What is being provided is obsolete equipment at a ludicrously high cost Alex Henney, former Government adviser on energy

He says: 'What is being provided is obsolete equipment at a ludicrously high cost. This troubled roll-out of smart meters is nothing but a total waste of taxpayers' money.

'The Government does not seem to have given any thought about forcing smart meters on to us without realising they will become obsolete when the mobile signals change.' 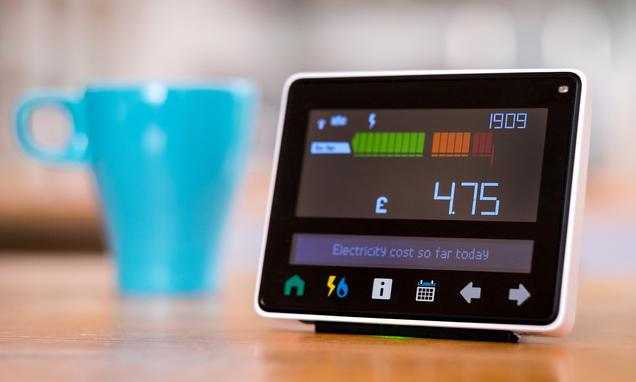 He adds: 'What makes matters worse is that smart meters hit the poorest hardest – as this project is paid for with higher energy bills at a time when energy costs are soaring. These meters create chaos, confusion and cost.'

Nick Hunn, technology expert at WiFore Wireless Consulting, agrees that the roll-out is 'a fiasco'.

'Many billions of pounds more will now have to be spent replacing smart meters once they become obsolete in about a decade,' he says.

When 2G and 3G is switched off, a communications hub, which is a component typically near the top of a smart meter, will need to be replaced.

'Ludicrously high' cost: More than £11billion has already been spent putting smart meters into 24million homes – a cost paid for by all energy users through higher bills

'The cost of sending someone out and messing around with the existing equipment means that it is probably going to be cheaper simply replacing the entire smart meter,' adds Hunn.

'Tinkering is not going to be an option once the old 2G and 3G signals are turned off and we switch over to 4G and 5G for our communication needs,' he says.

'Remote software updates will not work and you will need someone to visit to provide a replacement.'

Mobile network operators such as Vodafone, EE, O2 and Three signed up to phase out 2G and 3G technology by 2033 in a Government-backed 'sunsetting' initiative agreed last December.

They will be replaced by 5G, which was introduced in 2019 and offers faster internet streaming.

The Department for Business, Energy and Industrial Strategy (BEIS) says it is already working on a 'connectivity solution'.

It confirmed there is a 'communications hub', which is usually found with the meter, and points out that in theory this component can be replaced without changing the whole meter.

Smart meters cost about £400 per household, including installation. Although there is no upfront cost, they are paid for through increased energy bills – on top of gas and electricity charges, which are rising by up to 50 per cent this year.

Energy firms started to install smart meters 11 years ago. Once in place they save firms money because they no longer have to send someone out to take meter readings.

Smart meters have been around for more than a decade. Energy firms are keen on them as, once installed, they no longer need to send someone out to do a meter reading

Yet the roll-out has not been without controversy. Many of the first meters installed became 'dumb' if households switched energy supplier, which meant that meter readings were required once again.

Some energy customers also felt bullied into accepting the meters because of threatening letters that indicated they might face heftier bills if they did not switch.

More than £224million has also been spent on marketing to encourage people to accept a smart meter in their home.

Some people who live in areas that suffer from poor mobile phone reception – rural locations, high-rise apartments, older houses with thick walls – can struggle with the radio wave signal getting through to the smart meters.

The body tasked with the roll-out – Smart Energy GB – claims that smart meters can save homes £100 a year by prompting people to change their energy use habits. The meters alone will not save customers any money.

Smart Energy GB says: 'Smart meters work alongside a communications hub that connects meters to a secure network using a variety of technologies, such as 2G and 3G.

'As with any technology, the network will continue to evolve over time to accommodate changes and provide updates.

Just as there is no upfront charge to the customer for the installation of a smart metering system or replacing a gas or electricity meter when it reaches the end of its operational life, customers will not be additionally charged for a new communications hub.'

Some links in this article may be affiliate links. If you click on them we may earn a small commission. That helps us fund This Is Money, and keep it free to use. We do not write articles to promote products. We do not allow any commercial relationship to affect our editorial independence.

The comments below have not been moderated.

The views expressed in the contents above are those of our users and do not necessarily reflect the views of MailOnline.

We are no longer accepting comments on this article.